Electrical measuring instruments from 50 years ago 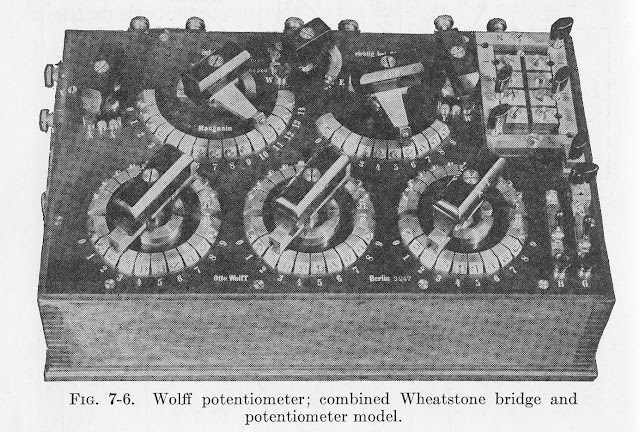 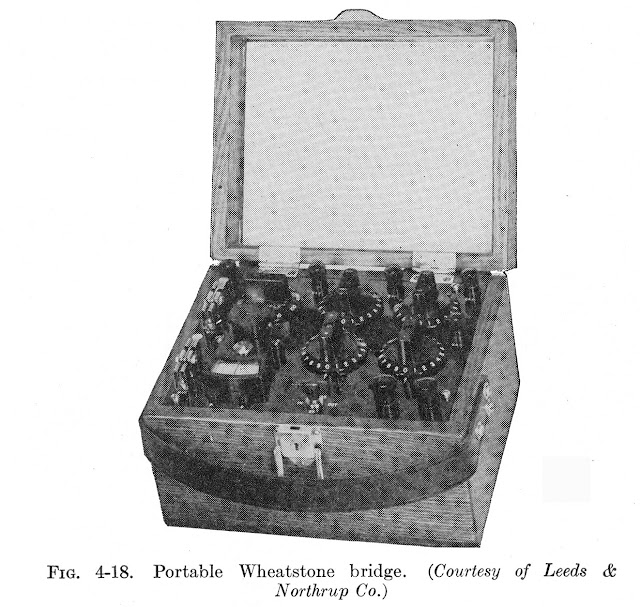 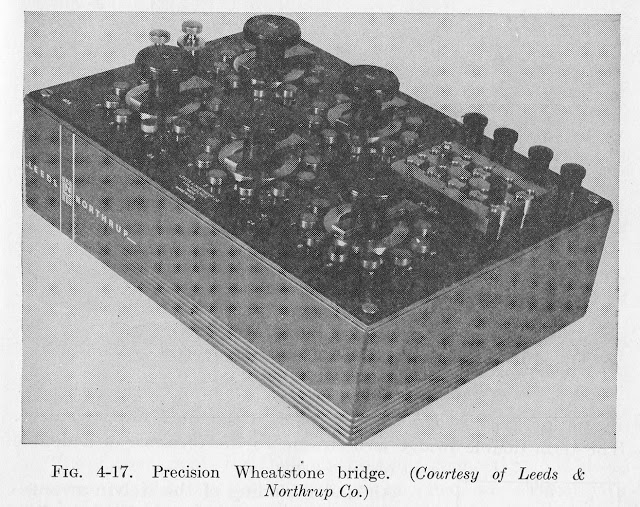 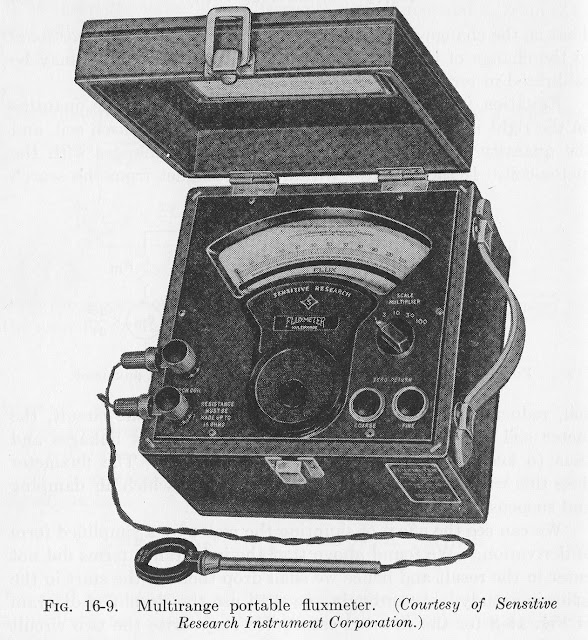 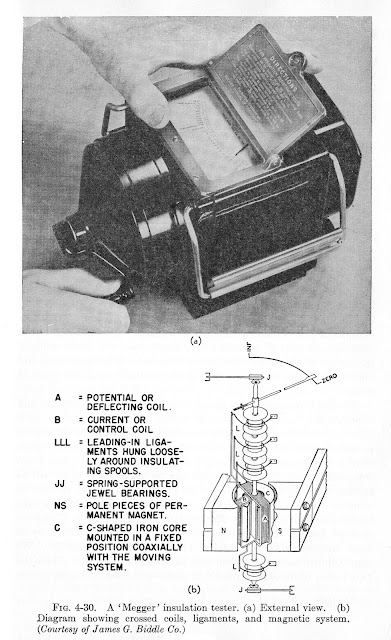 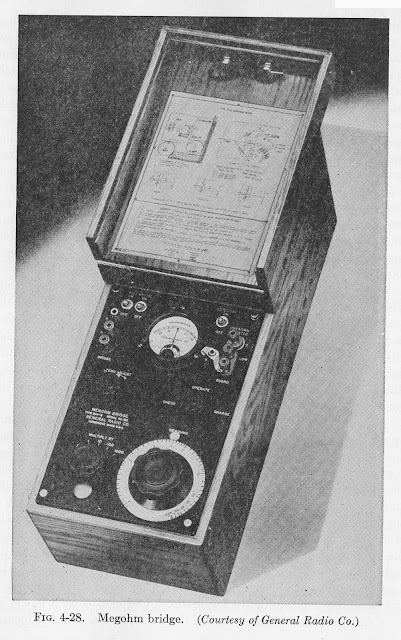 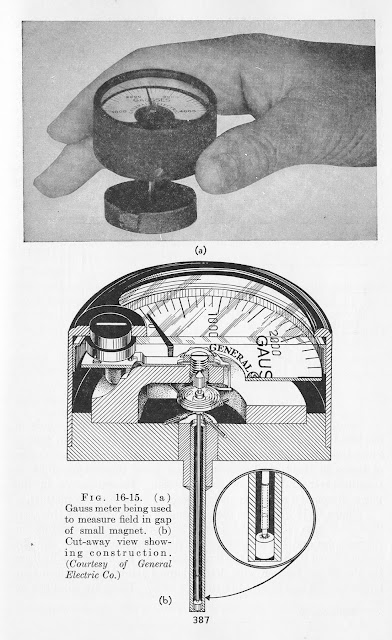 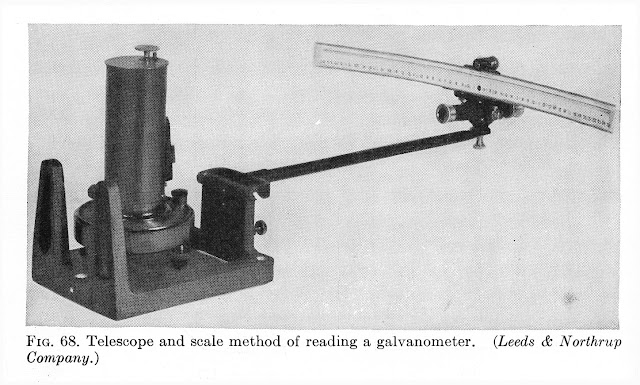 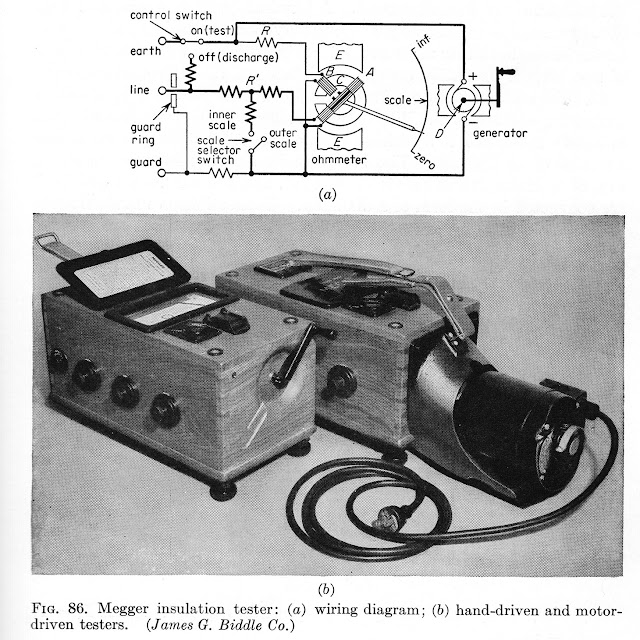 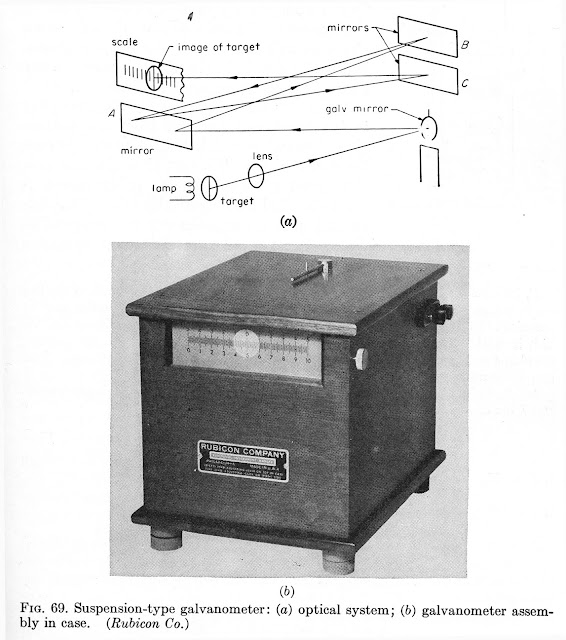 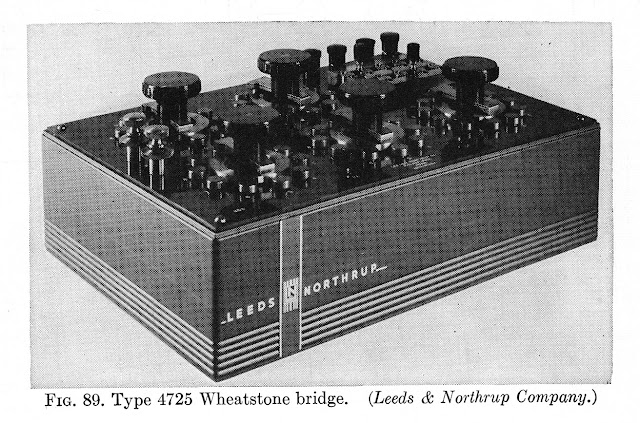 From a half-century ago, when many such instruments had cases made of wood with lovely joinery, and much brass.

If you go to wired.com, you can see some other examples from the National Institute of Standards and Technology in the U.S.  That organization has created a digital museum to complement their bricks-and-mortar museum. As the Wired page explains:

"For more than a century, researchers at the National Institute of Standards and Technology have calibrated America's measurements, setting common baselines for everything from weights to time to the fat content of milk.

The work has involved a gadgeteer's fantasy of instruments -- time standards and refractometers, galvanometers and magne-gages, thousands of tools that make measurement possible. Yet even as NIST became the world's preeminent source of quantification, they simply lost track of what some of those old instruments did.

"Often a scientist retired or left NIST, and someone was cleaning out their office and found an instrument on the shelves and there was no documentation," said NIST digital services librarian Regina Avila. "They would give them to our museum guy and say, 'I found this. It looks important and we don't want to toss it.'"

Now on display at NIST, those mystery tools are fascinating to see: Nothing sparks a "My name is Ozymandias" moment like a finely crafted, highly sophisticated object of forgotten provenance and purpose. But they don't need to stay lost. NIST hopes the public can identify the instruments, which have been gathered in the museum artifacts section of NIST's digital archives."

There is some interesting history behind the companies that made these instruments.

The Megger firm  was founded in 1889 in England as Evershed & Vignoles.


The company changed names several times, and was bought by AVO Ltd. in 1986. In 1987, the company decided to change its name to Megger, which is what many people have called it all along. For many years, the James G. Biddle Company in Pennsylvania, was the U.S. importer of Megger products and they also manufactured equipment under their own name. A number of years ago, Megger became the sole owner of James G. Biddle, and has retained the use of the Biddle trademark for many of the Biddle products still available today. 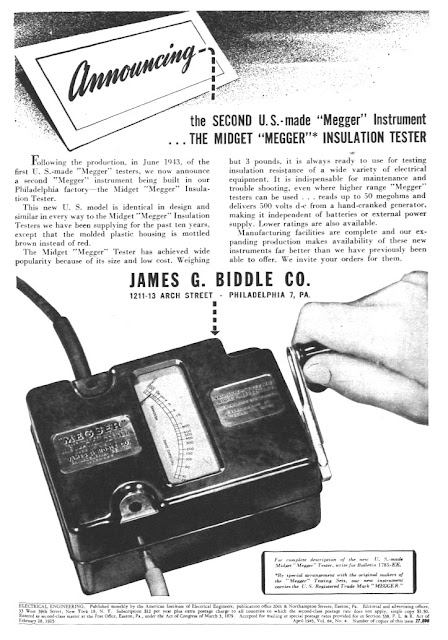 Leeds & Northrup, was founded in 1899, in Philadelphia, Pennsylvania, by Morris E. Leeds. Originally known as Morris E. Leeds & Company, it produced electrical measuring instruments for laboratory and testing use. The new firm made galvanometers, potentiometers, bridges, and other laboratory-type equipment of high quality. In 1903, Mr. Leeds took Dr. Edwin F. Northrup into partnership and the business was incorporated under the name of Leeds & Northrup. Leeds & Northrup was acquired in 1978 by General Signal Corporation of Stanford, Connecticut. In 1980, the name of the division was changed from Expendable Devices to Leeds & Northrup Metallurgical Products. In 1995, General Signal sold the Metallurgical Products division to Heraeus Holding, GmbH of Hanau, Germany.

According to its Wikipedia entry:

General Radio Company (later, GenRad) was a broad-line manufacturer of electronic test equipment. Started in Cambridge, Massachusetts in 1915 by Melville Eastham, the company moved to West Concord in the 1950s. There, it became a major player in the automatic test equipment (ATE) business, manufacturing a line of testers for assembled printed circuit boards. It also produced extensive lines of electrical component measuring equipment, sound and vibration measurement and RLC standards.

Primarily because of its line of ATE equipment, the company was eventually acquired by Teradyne in 2001 and has now been relocated to Teradyne's corporate campus in North Reading, Massachusetts. In 1991, QuadTech, Inc. was founded as spinoff of GenRad's Instrumentation Division. IET Labs, Inc. purchased the GenRad product lines from QuadTech.

The Sensitive Research Instrument Corporation was founded in 1927.  The company went through some changes after its merger with Singer about 50 years ago, but was eventually bought back by its employees and exists today as part of Electrical Instrument Service (EIS) of Mount Vernon, NY. They still repair and recalibrate those meters, and build new ones on order.

Thank You for sharing your wonderfull information .This is very nice information about this .Thank You and shareing this.
Electrical Services in Hyderabad
Electrical Contractors in hyderabad
preventive maintenance services hyderabad

This blog is so wonderful, I didn't know that these electrical test equipment has been around for decades until now .

Thanks for sharing your knowledge .Thanks and Keep it.
Electrical repair services Hyderabad
electrical installation in Hyderabad
Electrical Testing Equipment Services