I think I found this in a 1920s era Railway Age magazine so it refers to the time in the 19th century when men were busy covering the continent with rail lines. The expense of building them was obviously very high, and the proponents of narrow gauge, with its lighter rail and smaller equipment were trying hard to convince everyone it was a better choice. These days, seeing modern giant freight trains, maybe an even wider than standard gauge would have been a better idea. 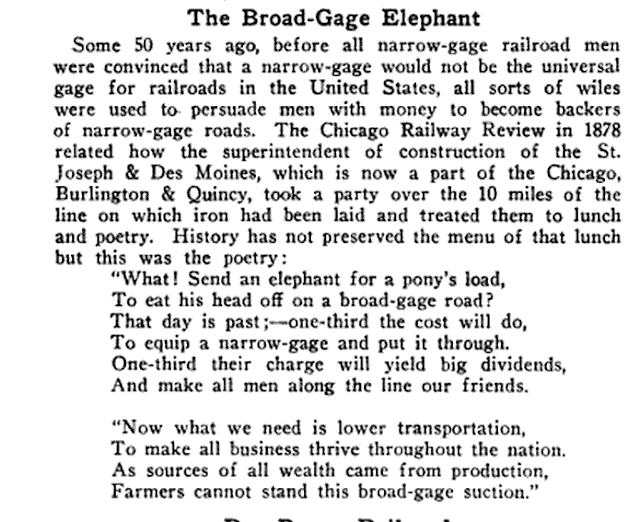