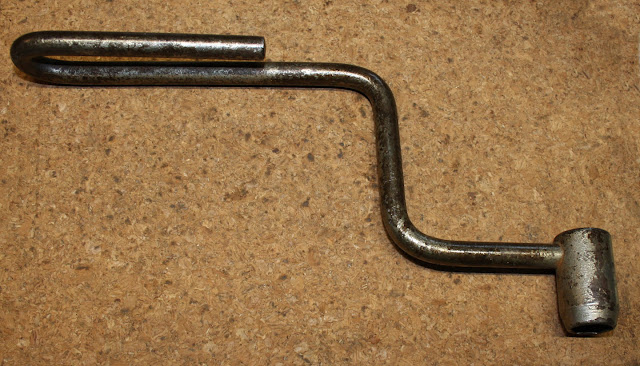 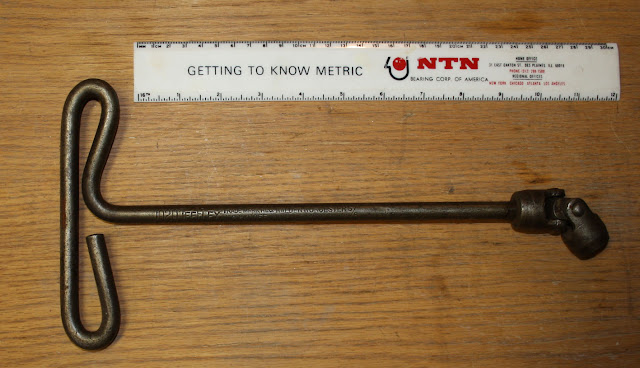 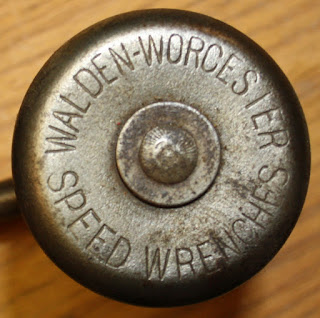 For a while, I kept running across these old nut drivers.  One day, I picked up the socket set below. 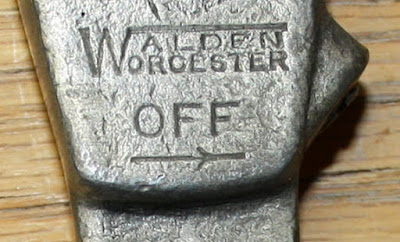 Charles M. and Frederick E. Walden founded the Walden Manufacturing Company in 1906 to make wrenches.  A year later, the company was bought by Warren S. Bellows, who brought his extensive inventive skills to the mix.  For example, he came up with a new method for constructing wrenches using laminated sheet metal, putting these on the market around 1909.  In 1916, the company became Walden-Worcester.  In the face of a rapidly growing market for their products, the company began construction of a massive mill complex, but delays and competition from the Blackhawk Manufacturing Company (which introduced the first line of interchangeable socket sets)  and the newly formed Snap-On Wrench Company.  As a result, Walden went into receivership in 1922.  The company survived and continued to innovate, being one of the first American tool makers to use alloy steels for its sockets.  In the 1920's, they introduced the "Spintite" nut driver.

In 1926, the company merged with Stevens & Company to form Stevens-Walden-Worcester, specializing in automotive service and general purpose tools.  In the 1930's, open-ended and box-end wrenches were introduced to the product line. Eventually, the company became Stevens Walden Inc, with an SW-C
circle logo, remaining in business into the 1990's. 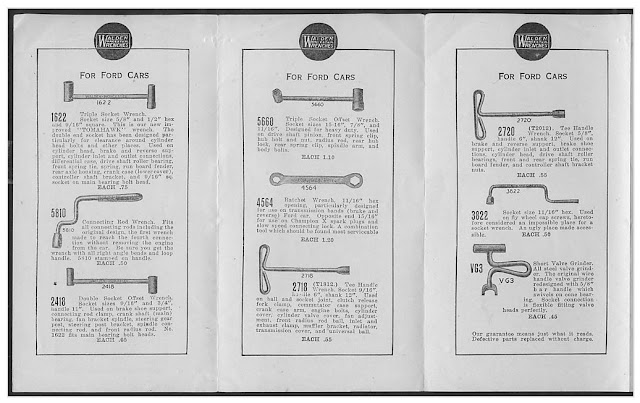 Hi my name is Justin Walden, I'm a relative of Frederick Walden. I would like to talk to you about your collection.

Yes. I have a 1133 ratchet pull bar thats in great shape.

I have a few ratchet wrenches 1/2” and sockets I believe. If
Interested email @ alanrudnicki122@gmail.com

I am reachable on khaakaas@hotmail.com