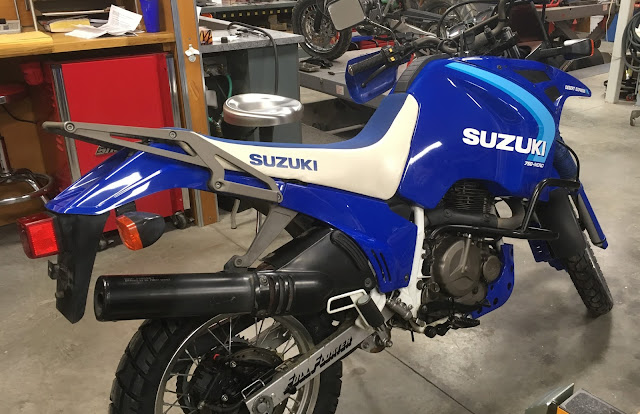 A friend just picked up this beauty, a 750 cc single cylinder Paris Dakar type bike by Suzuki. It was rare in North America, only sold in Canada and not very many of them! A Dr. Big owner I met on the street, suggested there were only 27 sold here in 88-89. This is first blue one I've seen- most were orange, white and black. It was far more popular in Europe and was sold all through the nineties. This is the first manifestation of the silly raised-beak front fender- apparently copied by and enthusiastically used on the BMW GS series of adventure bikes. I also detect a certain 1982 Katana influence in the windshield and headlight area.

Update
Numbers of DR750/800 imported into Canada are as follows: 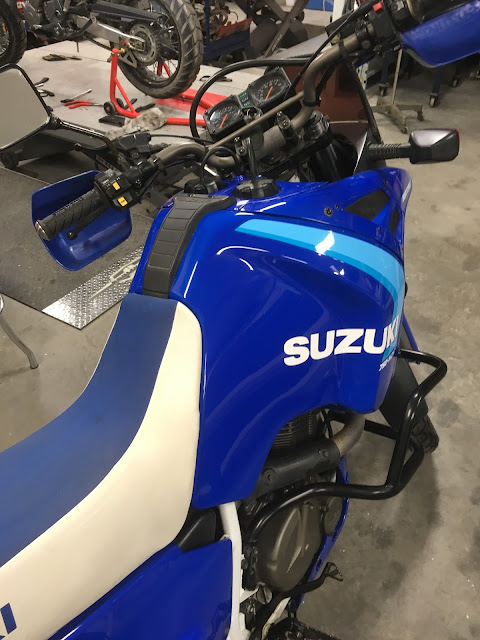 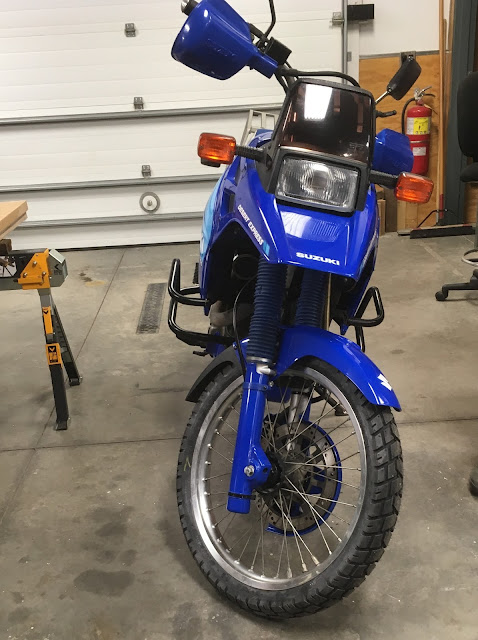 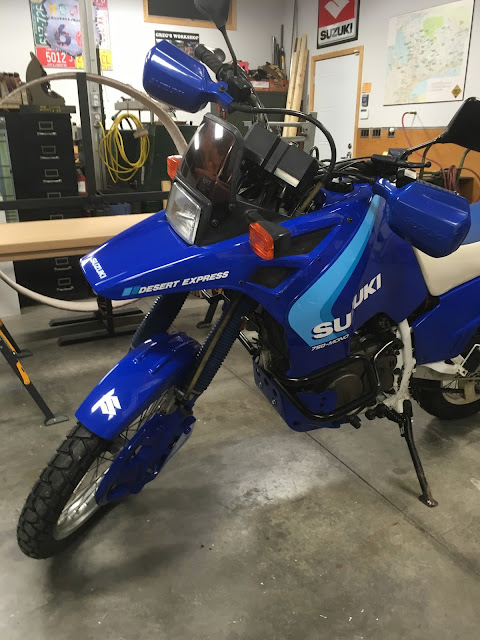