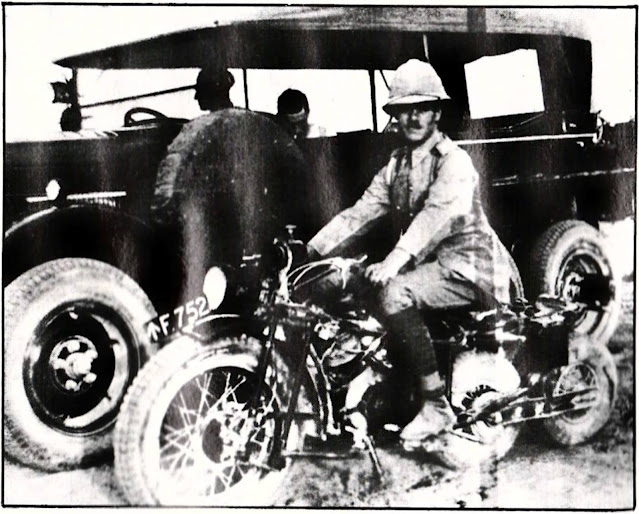 While flipping through the May 1983 issue of Classic Motor Cycle recently I happened across another example of a familiar theme- "Vehicles with too many wheels".

According to the caption (and it sounds like one of Rats' stories) - Bombardier George Nix of the Bengal Rocket Troop, Royal Artillery poses at Quetta, India in 1929 with a machine sent over by the Osborne Engineering Company for assessment. Apparently the inline two wheel drive device worked well- and note the Duplex steering front end- but was eventually sent back and never heard from again. The machine illustrates nicely the nickname of the company, Odd Engineering Contraptions. More than you ever needed to know about the OEC company at Greg Williams site.