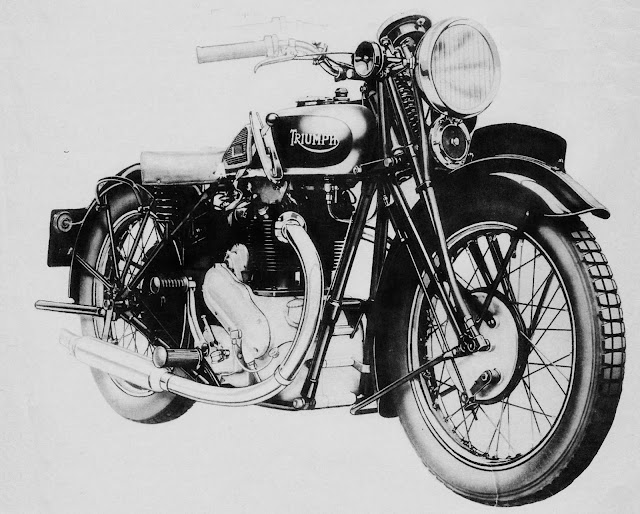 The Triumph 6/1 was a 650cc 360 degree twin introduced in 1933. Designed by Val Page, it was  intended as a sidecar hauler and it performed quite well, It was not a sales hit suffering for being introduced in the depths of the depression.  It was discontinued in 1936 when the motorcycle side of Triumph was sold to Jack Sangster. In 1938 the new designer at Triumph, Edward Turner, drew up a new version, the Speed Twin which became THE Triumph twin. 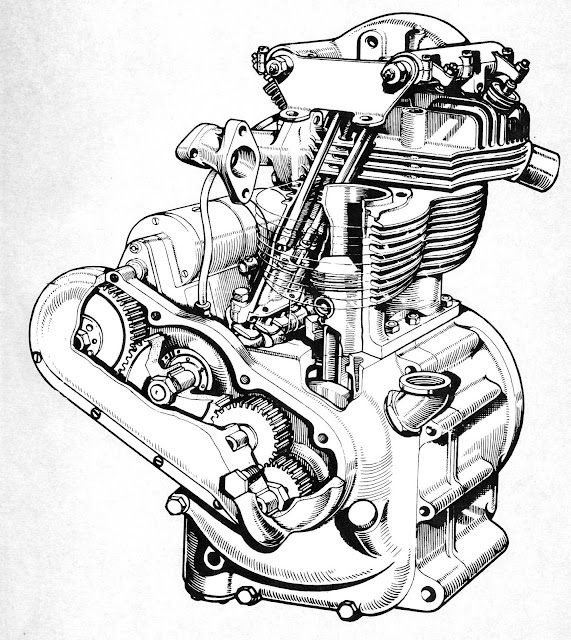