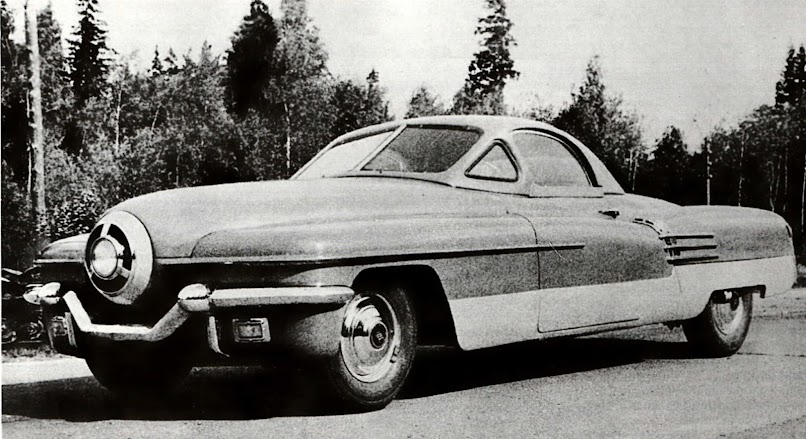 The Russian ZIS automobile company built limousines, and when they wanted to build a two seat racer in 1951, they went to the parts bin. The car rides on a 148" limousine wheelbase, was powered by a 6 litre engine developed to 192 hp but weighing 1046 lbs. As competitions were held during the day, a single headlight was considered enough. The whole car weighed 6300 lbs but was capable of 125 mph.

In 1954 the car was redesigned, losing 33 inches in wheelbase and 1500 lbs in weight. The car featured a new primitive plastic body, though what sort of plastic is unknown. 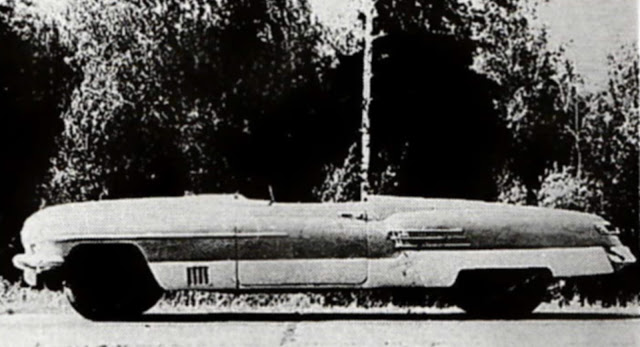 I believe I read that the 101 sports car was made out of the same resin based material that was used on the rear fuselage of the Ilyushin IL-2 aircraft. I think it was sawdust and resin pressed and heated to produce a really strong structure that was easy to repair. Like fiberglass but with sawdust.

Still trying to work out the chrome bumpers and the dagmars on a race car. That said, I'd like to see other views of the MkII. Could almost be a Detroit show car.

I'd like to see different views of both cars! The dash1 has a removeable roof. Probably would look better without it- or just different...

I'd sure rather be seen in one of these than in the Chrysler Plainsman concept car.