Another job you probably wouldn't want to do; Tracklayer 1885 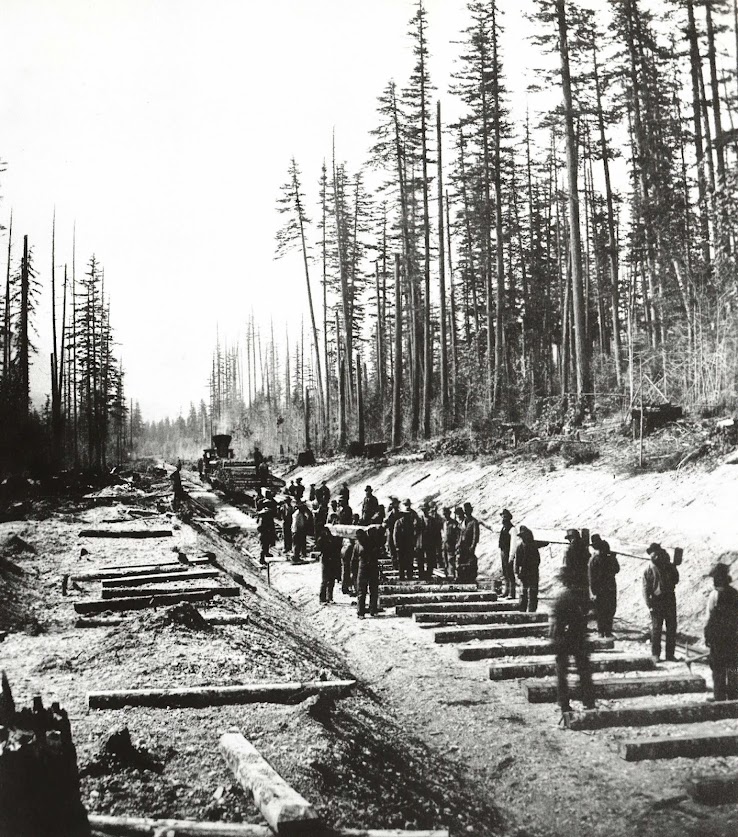 Carrying railway ties from the supply train to the end of the line. Heavy work but there are always a lot of guys standing around...
Posted by Mister G at 10:16 PM

In defense of those guys, film exposure time in 1885 was still relatively long and they were told to stand perfectly still, probably for at least several seconds. I feel bad for the two guys on the left who had to hold the railroad tie still while the exposure was being made.

Oh I know,:-) anytime there was a camera present in those days, everyone came to be in it. Sometimes there is a dog in those pictures, he didn't know enough to stand still so he's a tailwagging blur!