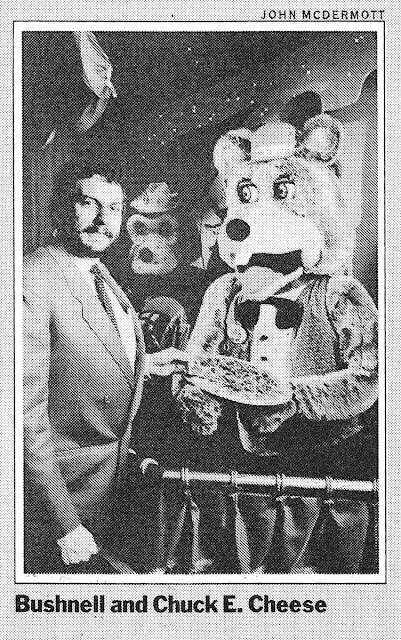 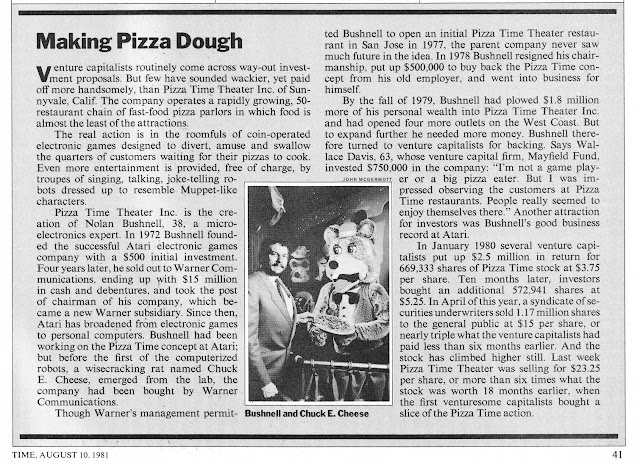 I've never actually been in a Chuck E. Cheese restaurant, but I also had no idea of this connection before I stumbled across this article in an old Time magazine I'd kept from decades ago.

According to Wikipedia, Nolan Bushnell was once approached by Steve Jobs:

In 1976 Steve Jobs went to Nolan to get him to put in some money in exchange for a minor equity stake in Apple. Nolan remarked, "Steve asked me if I would put $50,000 in and he would give me a third of the company. I was so smart, I said no. It's kind of fun to think about that, when I'm not crying."


Atari: Game Over is the Xbox Originals documentary that chronicles the fall of the Atari Corporation through the lens of one of the biggest mysteries of all time, dubbed “The Great Video Game Burial of 1983.” As the story goes, the Atari Corporation, faced with an overwhelmingly negative response to “E.T.,” the video game for the Atari 2600, disposed of hundreds of thousands of unsold game cartridges by burying them in the small town of Alamogordo, New Mexico.


You can watch it on Top Documentary Films.  It's worth the hour.
Posted by The Duke at 9:24 AM