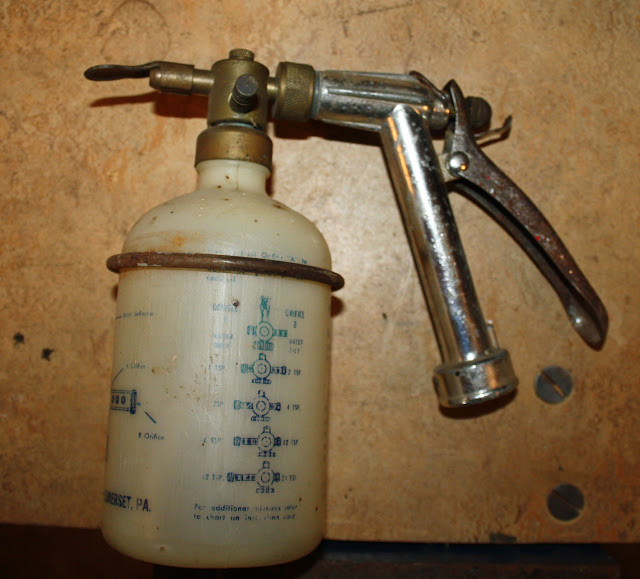 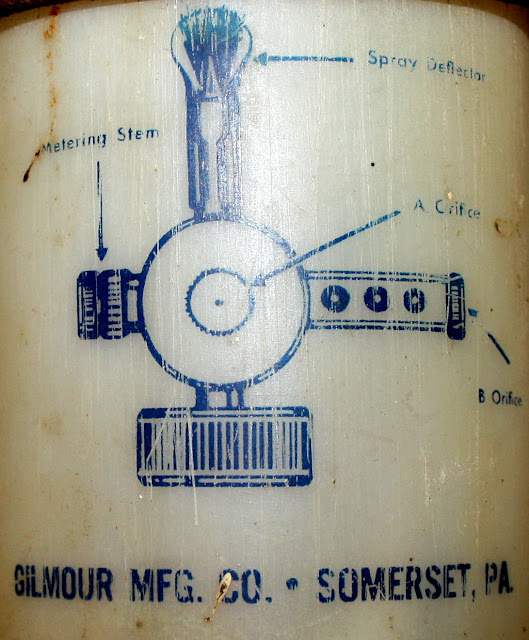 An old Gilmour lawn sprayer I found on a shelf in my barn.  From a time when things were made out of brass and had lots of knobs to turn.

The Gilmour Manufacturing Company was founded in 1949 by Robert Gilmour, who introducted the first pistol-grip water nozzle.  In 1984, Gilmour was acquired by Vermont American, which lumped it in along with other lawn and garden firm acquisitions like Seymour-Smith.  In 2000, Vermont American was bought by the Robert Bosch Company, which sold its Garden and Watering business to the Fiskars Corporation of Helsinki in 2014.  This included manufacturing operations in Missouri, USA and Ningbo, China.

Yep, China.  Seems at least some of the products carrying the Gilmour name are made there now, with less than impressive results.  For instance, read these Amazon reviews.

In other news, Chapin® International, Inc. has acquired the former Gilmour® branded sprayer lineup.  I guess this was sold separately.  The Chapin website states:  "All hose end sprayers are made in the USA with global materials."  In other words, just assembled in the U.S.?