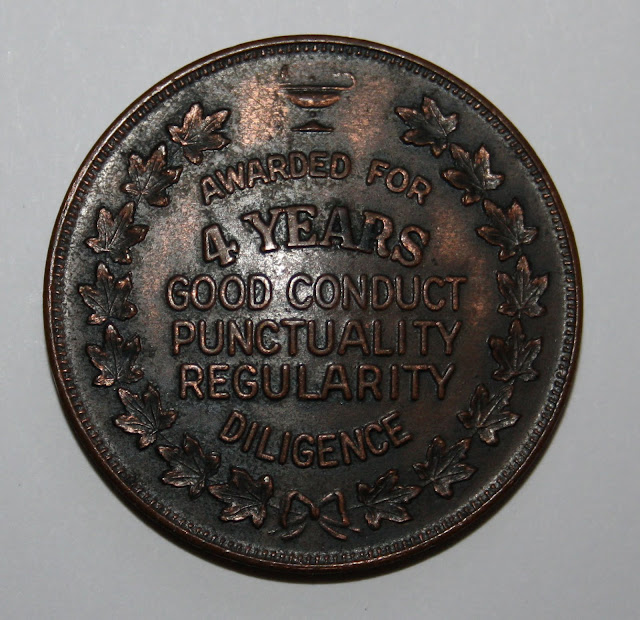 Between 1889 and 1973, these things were awarded by the Toronto Public School Board. I'm not sure what "regularity" refers to, but I suspect it doesn't involve dietary fibre.   It's also interesting that "diligence" is tucked away at the bottom, like an after-thought.  This is the bronze medal, given for four years of suffering. There was also a silver, for which the awardee had to endure eight.  Anyway, these were the personal virtues most cherished by the Captains of Industry and hence by the schools that prepared their factory fodder.