CPR #22 was built by Dubs in Glasgow ,Scotland and was delivered to the company in 1882. For 20 years it did duty as a passenger locomotive between Thunder Bay and Kenora, Ontario. After a stint in BC and now numbered 133, the locomotive came back east in 1909 and was rebuilt and modernized in the Winnipeg shops. At 36 years of age she was sold to the City of Winnipeg where she worked till 1959 as City of Winnipeg Hydro #3. After sitting for a few years she was acquired by the Vintage Locomotive Society and renovated as a Centennial project. The work took longer than expected but operation at the Prairie Dog Central Railway began in 1970 where she is still working 47 years later. 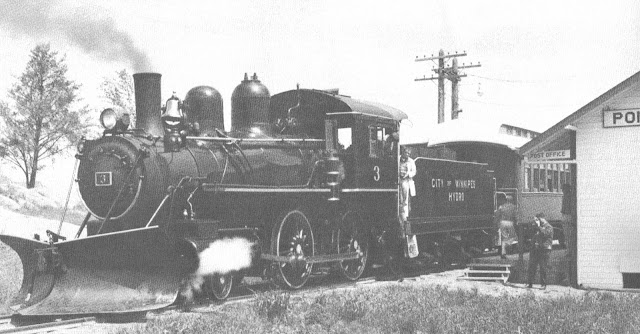