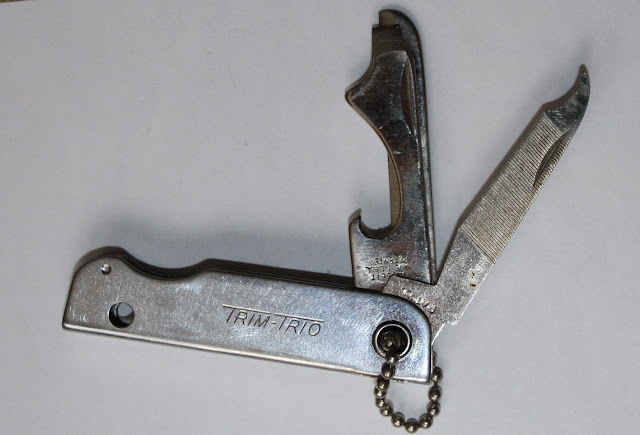 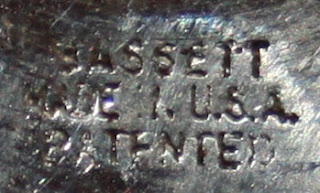 Above, a Bassett "Trim-Trio" consisting of three manicure blades.  Time was, everyone had one of these tools on their key chain.  Below, the same tool with a polished brass finish, made for some organization whose logo included an equestrian helmet and saddle: 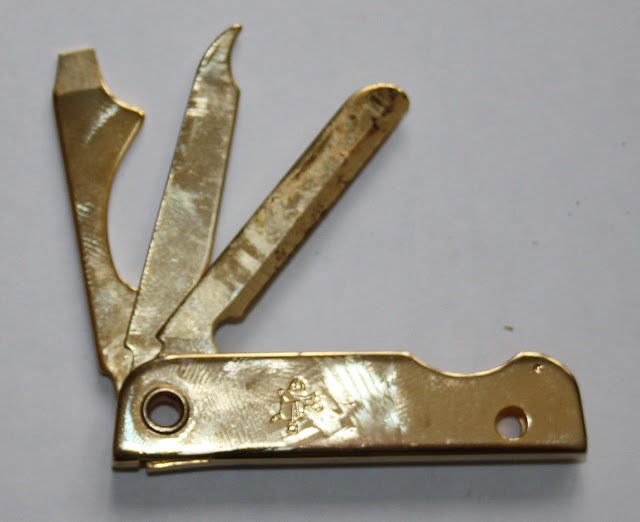 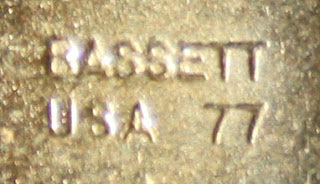 Below, a Bassett tool made for Bell employees when home phone extensions were first being promoted under the slogan, "Why Walk to Talk?" 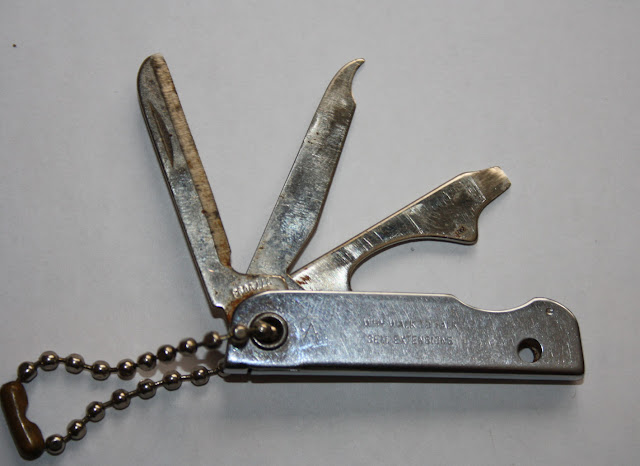 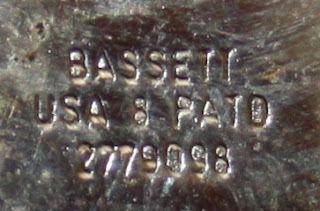 William E. Bassett founded his eponymous company in 1939 as a small contract machine shop in Derby, Connecticut.  When the Second World War started soon afterwards, the company was tasked with producing munitions. In 1947, he introduced the "Trim" brand nail clipper which incorporated a number of improvements over previous versions offered by his competitors and for which he received  U.S. Patent 2477782 in 1949.  The "Trim-Trio" was based on Bassett's 1957 U.S. Patent 2832135 for a "combined tool" and a subsequent 1967 U.S. patent: 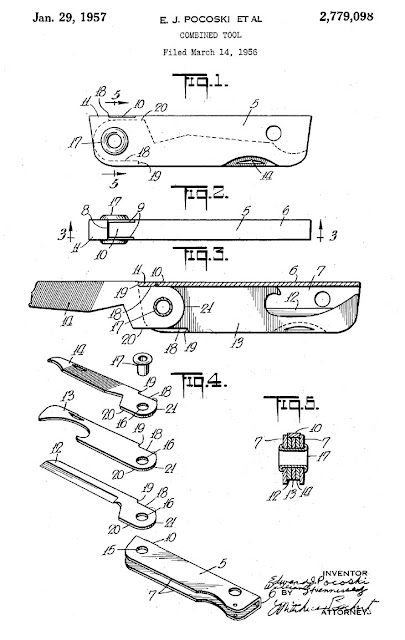 In addition to TRIM®, over the ensuing decades the Bassett company came to own a portfolio of brands including Gem® and Pedx® and Covergirl®.  In 1978, the company relocated a short drive away across the Housatonic River to Shelton, Connecticut.

Things began to go south in the early years of the new century, when production was shifted to China.Then, in late 2011, Bassett merged with California-based Pacific World Corporation (representing brands including Fing'rs® and Revlon®), creating the fifth largest cosmetics company and the second largest nail care company by sales in the U.S.  Pacific World was a portfolio company owned by the private equity firm of Levine Leichtman Capital Partners.  In spite of the recession happening at that time, both companies were performing well, showing overall growth of over 16 percent in the previous year as consumers abandoned salon treatments for home care products. Nevertheless, four months after the merger, the new company announced the closure of the Shelton plant, eliminating some 200 jobs.  According to an article in the CT Post,  "The announcement surprised some workers, who said management talked about the merger as a way to preserve the company, which they believed meant the Shelton operation was safe."  In addition, it was reported that, "Shelton Mayor Mark Lauretti was not surprised by the move and said this is part of business. 'They come and they go,' he said, adding they go where their business models take them and this one takes Bassett out of state."

The situation was aptly summed up in a March 2012 column in the Valley Independent Sentinel:


The W.E. Bassett Co. is a legendary local company, a call back to the days when thousands worked in factories in the lower Valley. The factories weren’t owned by far away mega-companies. They were owned by local families, such as the Bassetts — and the products were made in the U.S.A.

Indeed.  The Lower Naugatuck Valley, once the heartland the Connecticut industrial revolution, continues its economic devolution.
Posted by The Duke at 9:15 AM