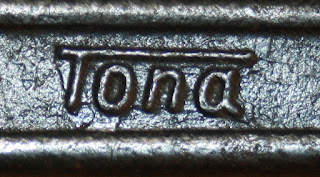 It was made by Tona A.S. Pecky, which in Czech means the Tona company out of the city of Pecky, which is 45 kilometers east of Prague in central Bohemia.  The company was founded in 1892 as an iron foundry, and then as a manufacturer of agricultural and industrial tools.  It entered the professional tool market in the 1950's.

Below, two other Tona wrenches in my possession: 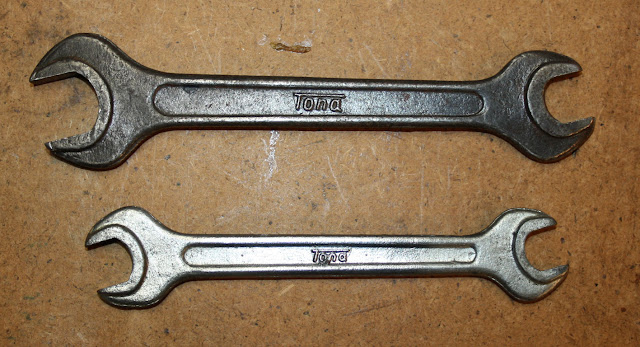 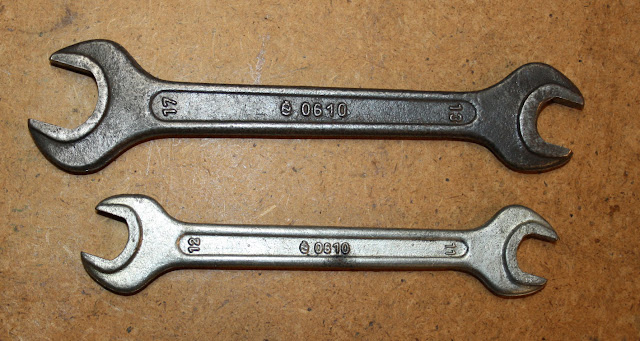 Note the company logo below, I suspect referring to Czechoslovakia:

In 1992, controlling interest in the company was bought by Stanley (now Stanley-Black & Decker).  That American tool company is trying very hard to own everything.
Posted by The Duke at 9:50 AM