One of these is on display outside of the Canadian Legion Branch No. 623 in Millhaven., Ontario.  Looks kind of innocuous from the front.  Not! 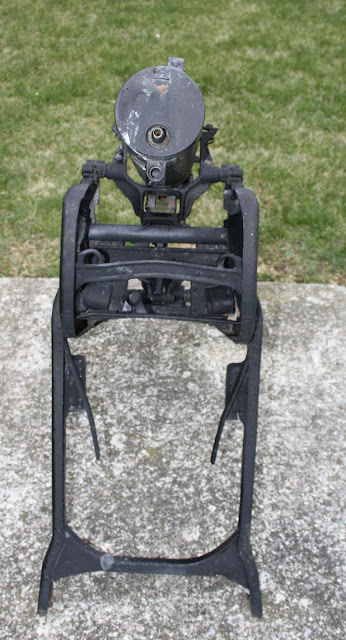 The Maschinengewehr 08, or MG08, was named after its year of introduction: 1908.  It was an adaptation of Hiram Maxim's original Maxim Gun of 1884, and continued in use until 1942.  This model is on the common "sledge mount", in which legs were folded down to act like runners and the front was curved, so it could be dragged more easily to forward positions.  Looking at the details you can see it was a complicated weapon, with apparently 236 separate parts.  Nevertheless, it was a very reliable and effective gun, with a 7.92 mm caliber and rate of fire of around 400 rounds per minute.  Containing a water jacket for cooling, it weighted 23 kilograms without water and 27 kilograms filled.  The MG08 is said to have killed more people than any other single military instrument, and has been called "the most murderous weapon of World War 1." 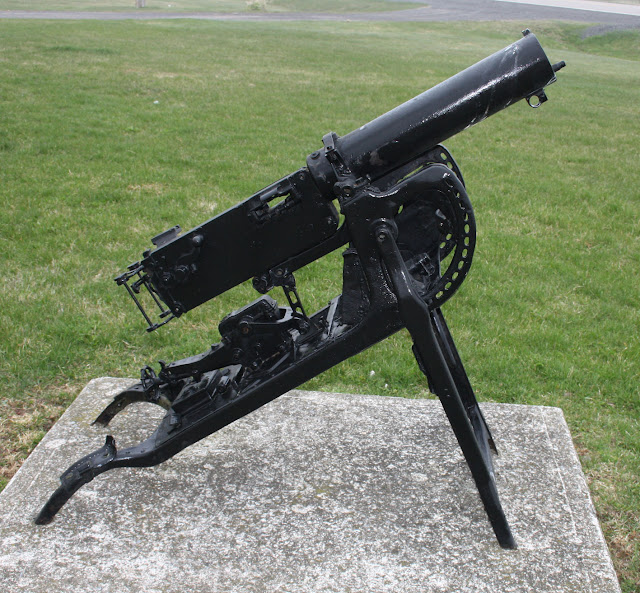 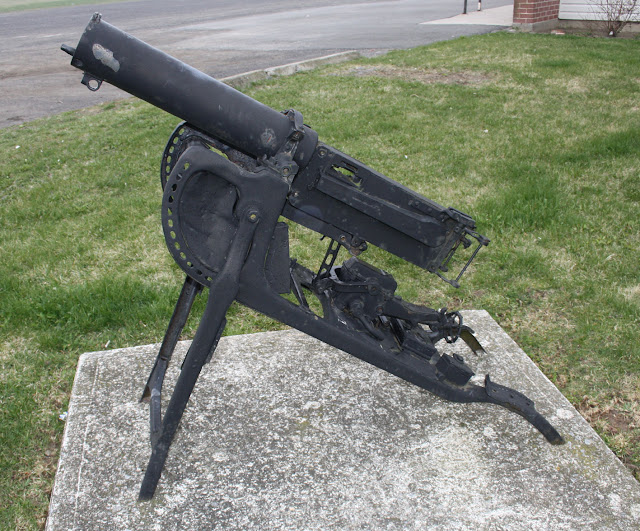 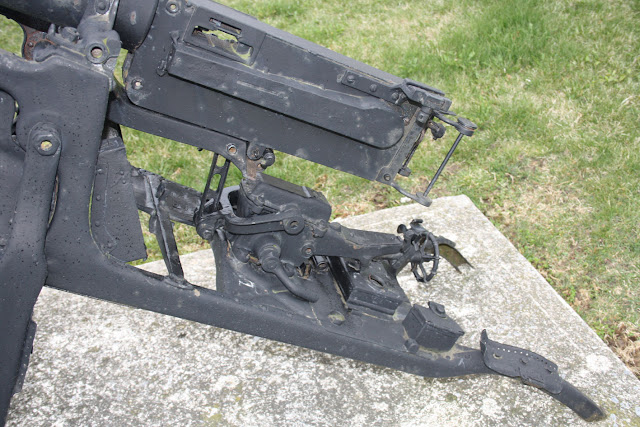 Below, a measured scale for "Tiefenstreuung" (literally "throwing power")  referring to the calculation for range dispersion on a horizontal target. 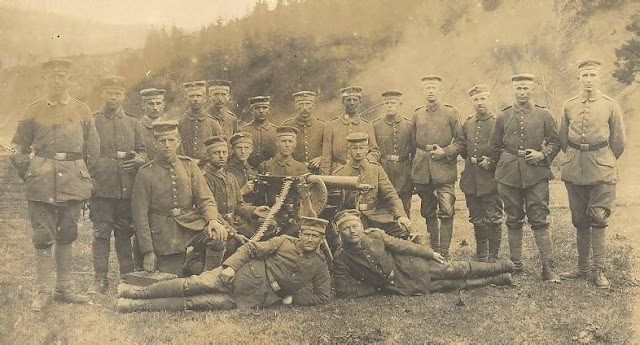 Ironically, two of these vicious weapons flanking a war memorial in Harold, Ontario: 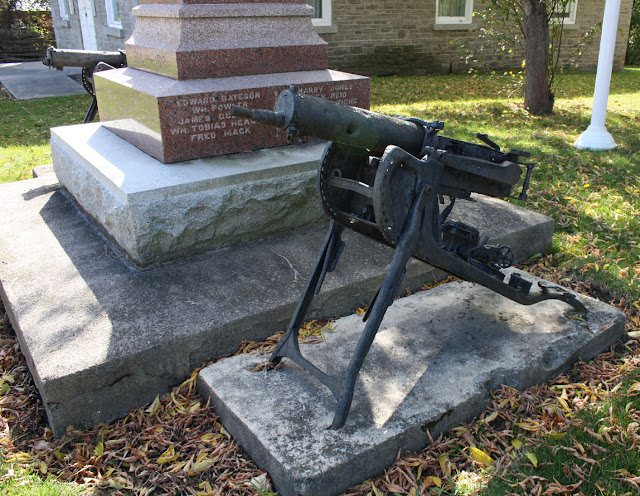