Before GPS, we used to travel with a paper map!  Maps are made to specific scales, reducing miles or kilometers to inches or centimeters.  Map measurers, like those pictured before, allowed you to trace your planned route along with map using the roller on the instrument, which in turn measured the distance on the map on a scale.  On later instruments (such as the K&R) you could read map miles directly, while earlier instruments like the Hamilton required you to actually perform multiplication in your head.  Yes, we used to do that without electronic calculators. 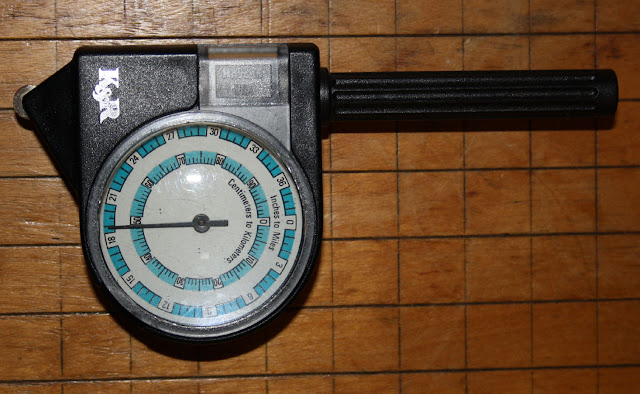 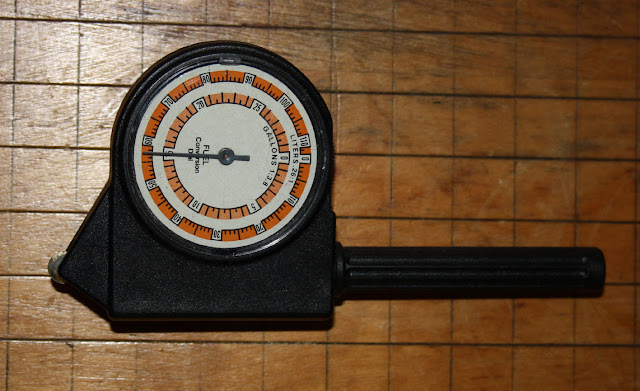 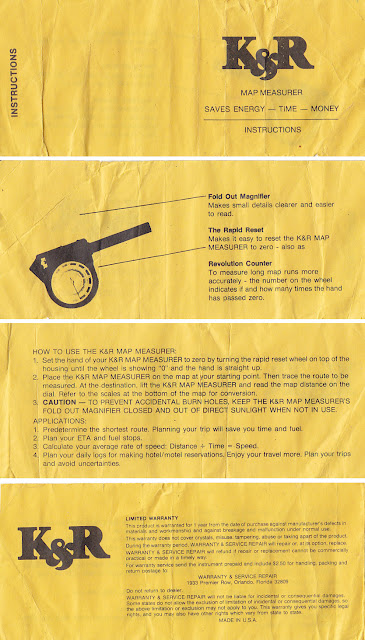 K&R is the abbreviation of Kasper & Richter, a firm which began in 1920 making diopters or spherometers to measure the thickness of varnish.  Over the years, it acquired a handful of other famous German compass makers, including Kuhrt, Pasto, and Wilkie.  The firm is located in Uttenreuth, in northern Bavaria near Nuremberg and continues to this day as a family-owned business.  Today they specialize in compasses, pedometers, stop watches and map measurers.

Below, a much nicer instrument made by the Hamilton Watch Company, an American firm which was in operation from 1892 to 1969. 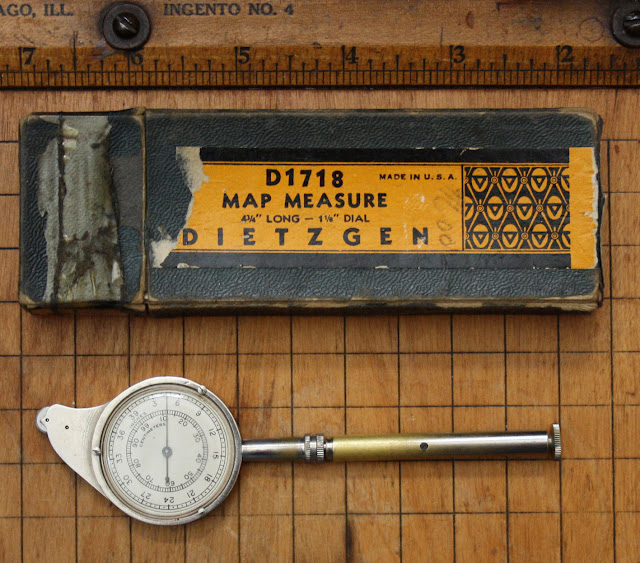