In the late seventies I picked this bike up with the intention of going roadracing. The 4 speed Suzuki B100P based engine was hopelessly out of date by then despite the grafting of a modified X6 cylinder to the 120cc bottom end. I embarked on an updating plan using a CanAm 175 engine but life overwhelmed the project and the bike was sold to a friend. He installed an X6 engine and made it road legal. After awhile, in forgotten circumstances, I got it back and it has remained around in bits ever since. At some point I realised that although the bike was homemade it had been based on an aftermarket frame kit from Van Tech. 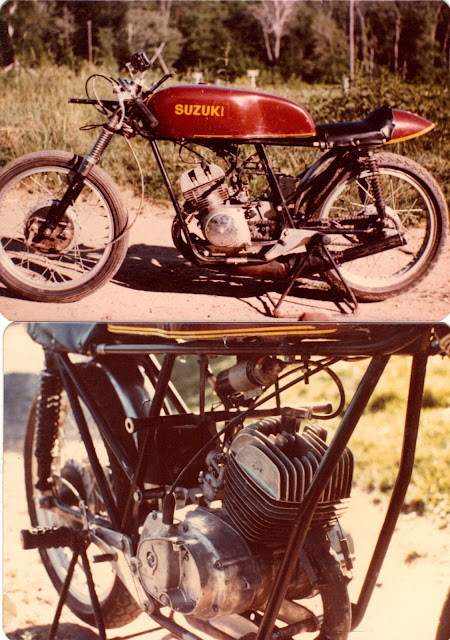 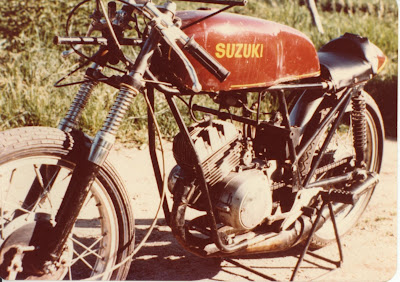 The ad below was in various motorcycle magazines from 1967 and 68 and was probably how I learned the origin of my frame.  The impression at the time was these kits made excellent handling bikes and were much lighter than stock. Easily made adapter plates meant you could use almost any engine. The TT seat looks like a Bates item. The  aluminum tank looks unique to Van Tech. 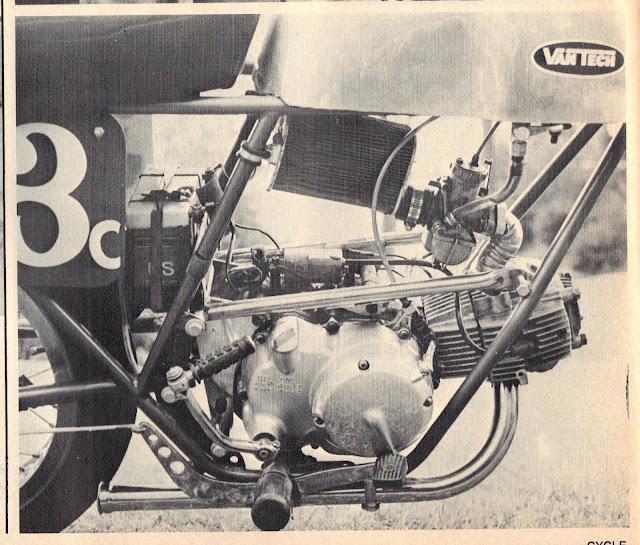 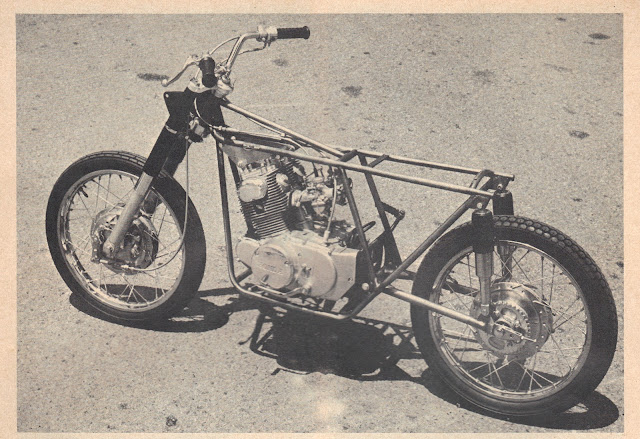 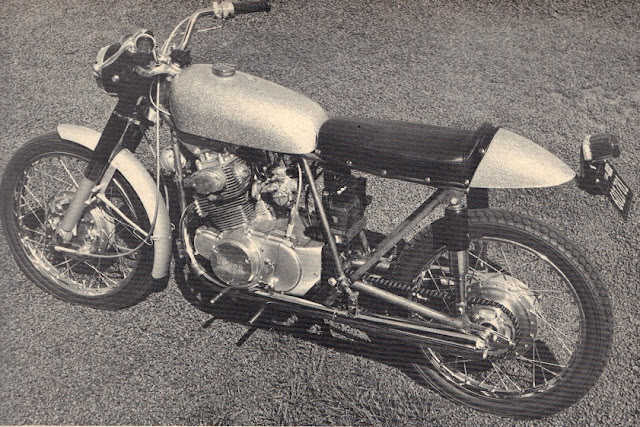 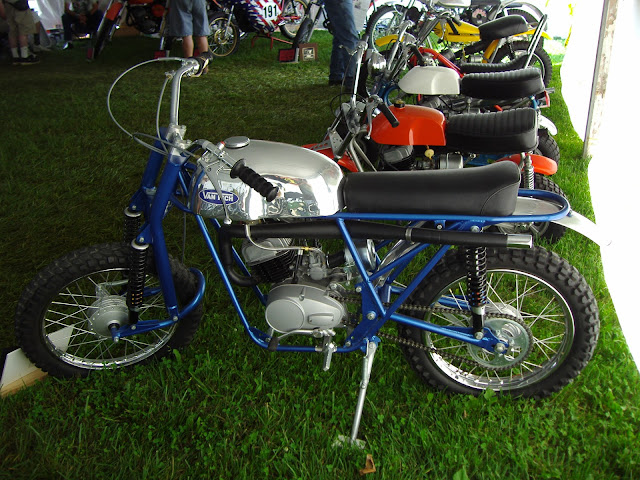 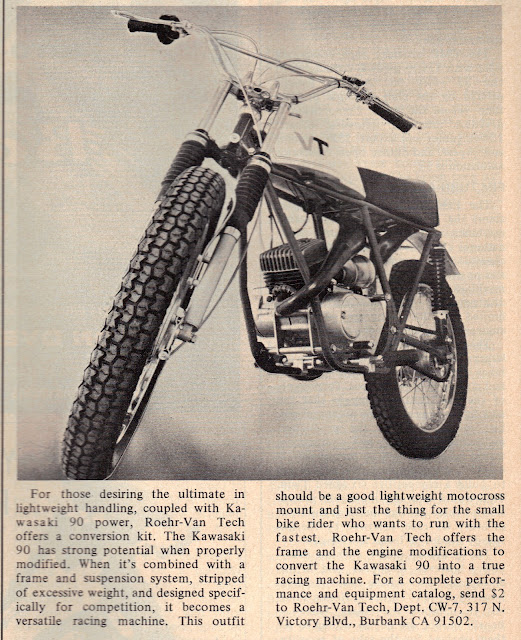 Vantech was  Bill Van Tichelt who started in 1963 by producing a manifold for the then popular McCulloch kart engine. This combination found itself in a motorcycle he built and probably looked much like the one below. The bike was very successful in its class and led to VanTech selling bikes with various engines. Ad below from 1965. This led to the development of the frame kits for the various small Japanese singles under the Grant Van Tech and Roehr Van Tech names. The last mention I can find is the one-off frame for Gordon Jennings' "Son of Secret Weapon" 350 Bridgestone project.
More Vantech info here. 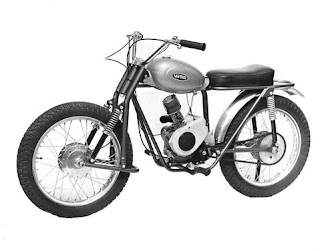 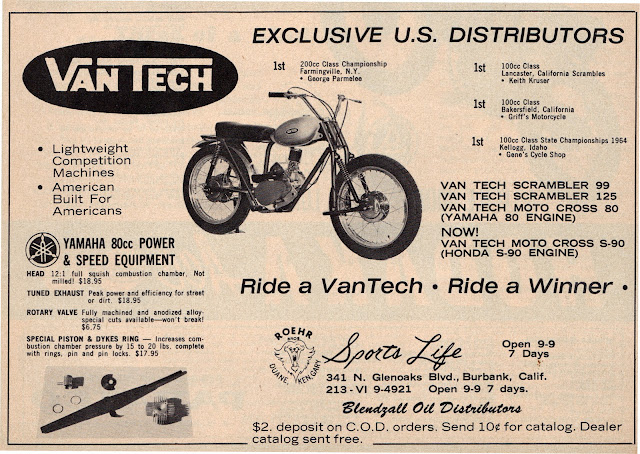 I'd love to see it! About a decade ago I contacted a literature dealer in California who said he had some pamphlets. Unfortunately it never panned out.

I still have a Van Tech frame that originally had a rotary-valve 100cc Suzuki engine when my dad purchased it from a friend for me to race. I unfortunately don't have the original bolt-in aluminum mounts for the 100; and when I was in high school, Dad and I welded in mounts for my 125 Suzuki engine. Mine has the fiberglass tank in the same configuration as the more-common aluminum one. I'm saving now for a retirement project to semi-restore into a street tracker.

I love that little frame - - the epitome of spare and elegant engineering simplicity. Would love to see VanTichelt inducted into the hall of fame.

The bolt-in aluminum plates are easily replicated. Please send pictures, I'll add them to the post!