I picked this chain fall up this weekend off of Kijiji.  It is really way too large for my needs, but it was just too awesome to refuse. The guy I bought it from said he acquired it from someone who only thought it would be worthwhile as scrap. He told me he'd hooked it up to the back of his Ford F150 and had no trouble lifting it up off of the ground. Someone had inexpertly painted it bright yellow, and it was caked with decades of dried grease.  I spent many happy hours taking it apart, cleaning it, stripping off the paint and greasing/oiling it.  Below, cleaned and reassembled on the shop floor. 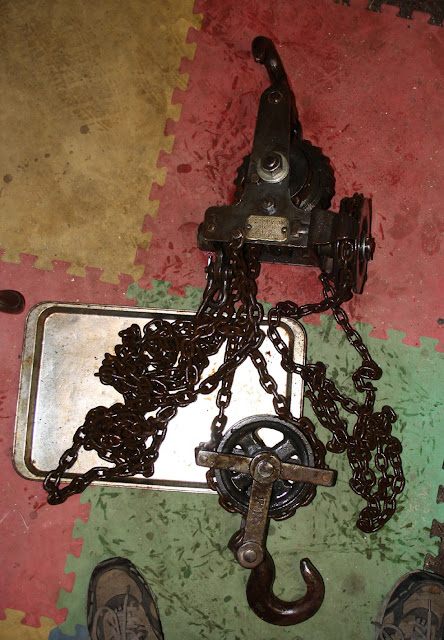 Below, detail showing the immense bevel gear which acts on the worm gear, which is controlled by the pulley rotated by a separate chain. 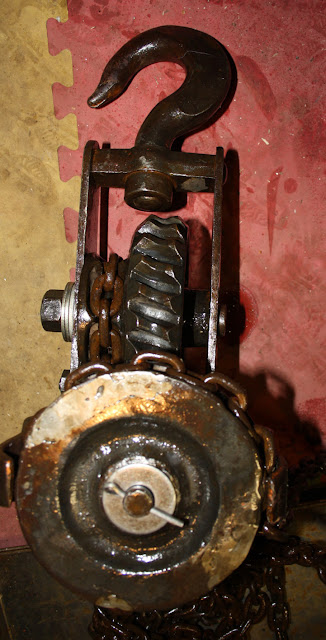 Below, the cast brass name badge.  AKT.-GES. stands for Aktiengesellschaft, German for a publically-held open corporation. 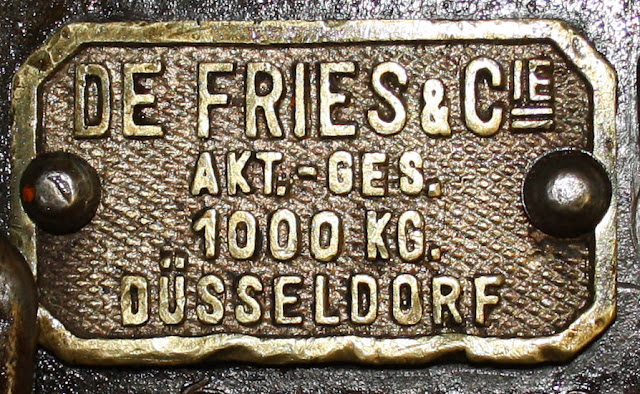 Restored and hanging in the shop. 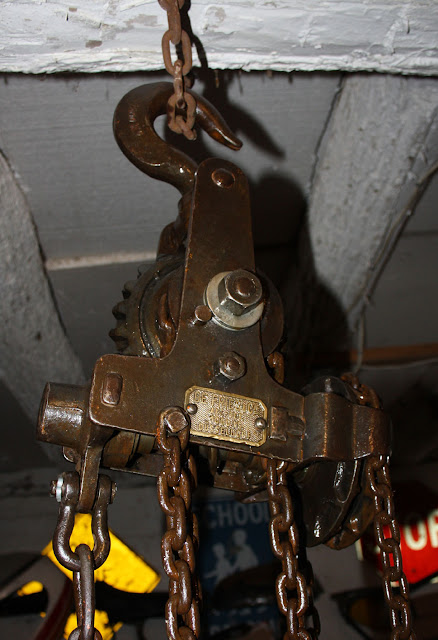 De Fries & Cie Akt.-Ges. was a manufacturing firm in Dusseldorf which made a variety of tools, including engine lathes, but which seems to have specialized in hoists.  Googling the name turns up German booksellers with company catalogues from 1913.  Given that the designation "& Cie" is French, I have to wonder whether this company may have been put under French ownership after the First World War as part of the reparations Germany was forced to provide.  In any event, I can find no information about the company later than the early 20's.  Given that the maker's badge is cast in brass, and given the amazing degree of over-engineering in the tool, I wouldn't be surprised if it's a century old.  The badge says it's good for 1000 kilograms, and again I wouldn't be surprised.  Certainly, it still works beautifully.  Good only for scrap metal indeed!

It says, "The only seller of Stella brand lifting tools."  The company's 8-pointed star trademark is cast into the bevel gear on my chain fall.