The things ya find.

I found this in an unemptied toolbox at a flea market in Maine, it appeared to be a well worn, modified barrel from a Colt 45. Oddly, it's been sleeved to .25 caliber- this size round is not powerful enough to cycle the mechanism. An ill-conceived machine shop project? Another little mystery.
I sent it off to a Texas friend with experience in these things who told me that during the Viet Nam war the Viet Cong sometimes modified captured US Colts and reworked them to use more readily available ammunition such as .32 or .25 caliber. These would be strictly a "up close and personal" device as the mechanism would have to be hand cycled to work. 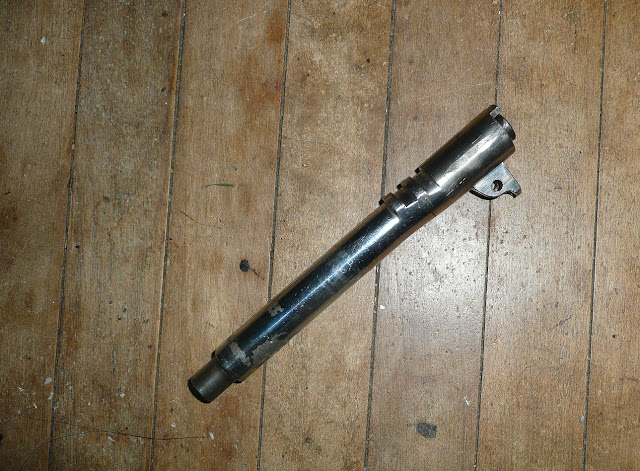