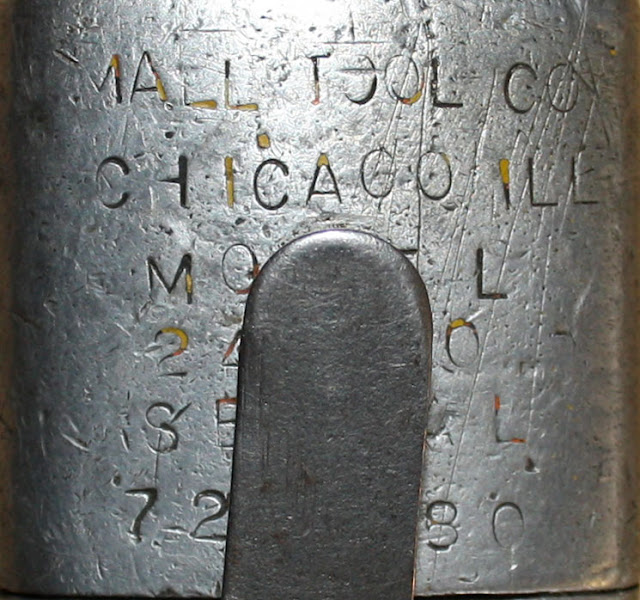 The above pictures are of a Mall Model 24600 air-operated drill with a Rohm chuck.  Although it's clearly seem some heavy use, it continues to work very well. Interestingly, looking at the bottom photo above, the company name and model number appear to be hand-stamped which, if true, would have been a remarkably inefficient way to do this.

The Mall Tool Co. was founded in 1921 by Arthur W. Mall, in Milwaukee, Wisconsin. A year later he relocated the business to Chicago. The company became very successful, employing over 2,000 people making power drills, circular saws, chainsaws, and other handheld products.  It operated plants in Chicago and Park Forest Illinois and in Toronto, Ontario. In 1956, the Remington Arms Corporation acquired the company for $9.8 million.  It was dissolved in 1958, and its activities were integrated into Remington's own tool interests.  The Canadian subsidiary was renamed Remington Arms of Canada, and had its product line expanded to include firearms.  In 1969, the division was sold off, becoming DESA Industries, then sold again in 1975.  One interesting 1939 legal case in Pennsylvania popped up on a google search:  Mall Tool v. Quaker Vibrators.   I never knew that they used these things, let alone made them!  ("Nothing is better for thee than me.") 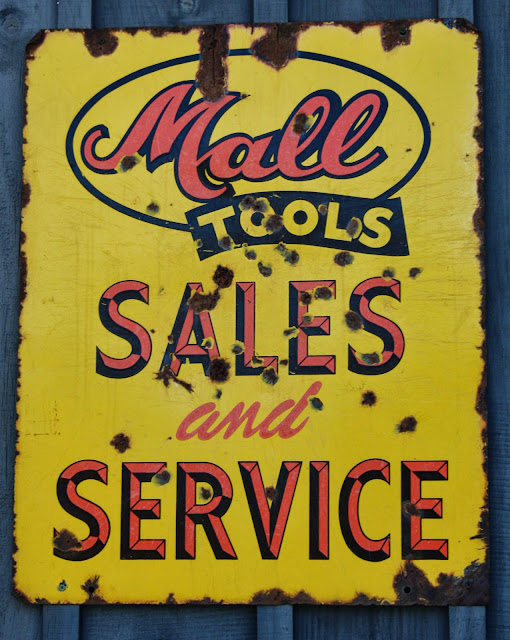 I have a Mall Tool Co. chainsaw S/N J 98200, Assy No. 49300. Is information available concerning this chainsaw? Year made, cost/price? Todays value?

My father passed down to me the first Mall tool electric chain saw that he tested for them back in the 1940’s. I would like to share this product with other enthusiasts. How can I move forward with this quest?

Hi, you can send pictures and info to my address, gerald@vanwyngaarden.ca Thanks!

Anyone know who to contact about DESA pension plan. I worked at DESA IN PARK FOREST from 1977 till 2001. Thanks