On the American-made Speedway electric drill (featured in a previous blog posting) I discovered that the chuck was made in England by a company called CVA.  Speedway was at that time a division of the Thor Power Tool Company, and it would seem from other online comments that Thor used this make of chuck on other models of their electric drills as well. 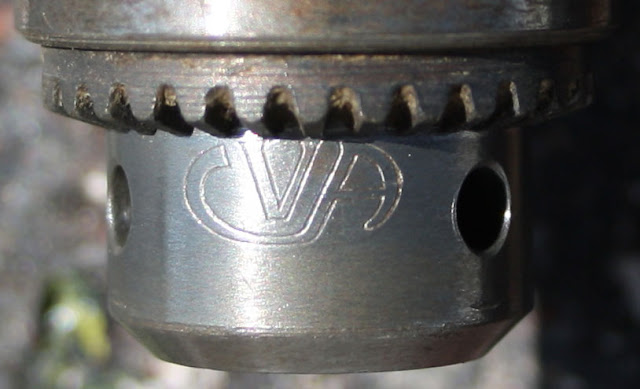 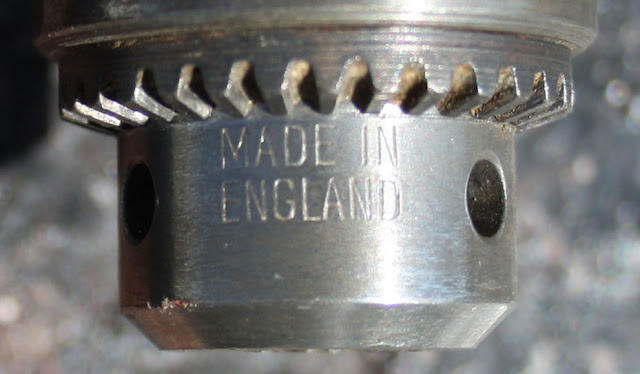 CVA were manufacturers of automatic gear cutters, gear hobbers, automatic lathes, dieing presses and milling and die-sinking machines.  C.V.A. began in 1917 as C. A. Vandervell & Co Ltd. (C.A.V.) to produce war materiel including munitions.  Between the wars a foundry and heat-treatment shop were added, and in 1934 the name was changed to C.V.A. Jigs Moulds & Tools Ltd. In 1945, CVA acquired the factory space of The Old Diamond Works, which had been built in 1918 to give war disabled jobs polishing diamonds.  (There's a certain irony to that.)  There they made fractional horse power electric motors, drill chucks and lathe chucks.  Post World War II, business was so good the company had no fewer than 73 apprentices working for it.  They continued to offer a toolroom lathe, an expensive machine whose cost (between £700 and £1000) was the same as a nice house in most UK cities.  They appear to have ceased making drill chucks in the 50's or mid-60's at the latest.  They also diversified into domestic appliances, on the premise that the post-war market would be flooded with machine tools.  To that end, they produced the CVA Columbine vacuum cleaner and the CVA electric iron.  However, Hoover soon got back into this business in a big way, sweeping the market so to speak.  CVA had been a supplier for the Milwaukee-based Kearney & Trecker company, and in 1966 they were acquired by the American firm.  Kearney & Trecker were innovators in the area of computer-controlled machines (including involvement in the US space program) and many employees did their apprenticeships at CVA.  (As an interesting aside, skins for the Avro Arrow were made on Kearney & Trecker machines.)  Factories were closed and operations consolidated during the 1970's and, now under the F.M.T. name, the firm wound down during the 1990's. 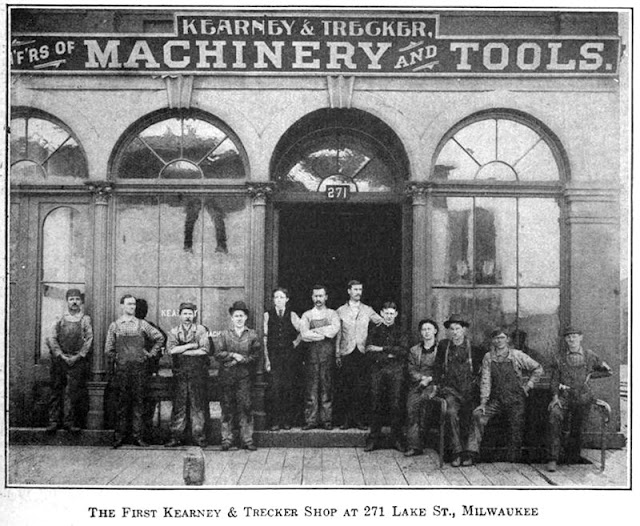 The Victor Machinery Exchange, Brooklyn, NY (sales@victornet.com) still lists two drill chucks from CVA as of May 2012. I have a SpeedWay Model 599 with a #1AC CVA chuck as shown, though not nice & shiny.