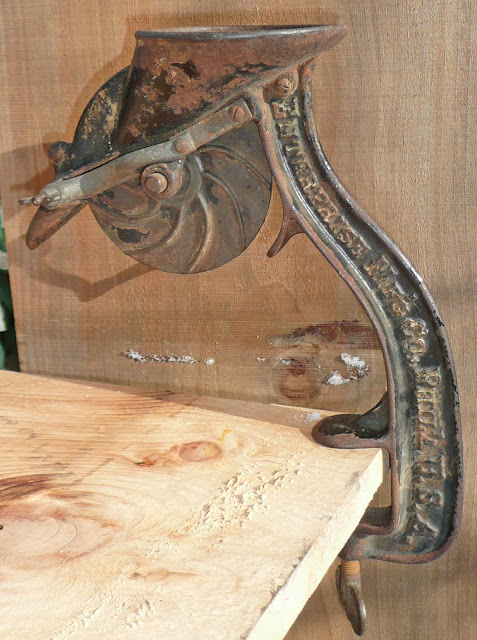 Another useful clamp-on cast iron kitchen gadget from another century. Cherries are dropped into the hopper at the top and a ridged wheel turned with a handcrank split the cherry and separated the pit from the cherry. How well does it work? I'll try it next spring.
http://michaelstowe.net/rue/documents/cherry_stoner.pdf 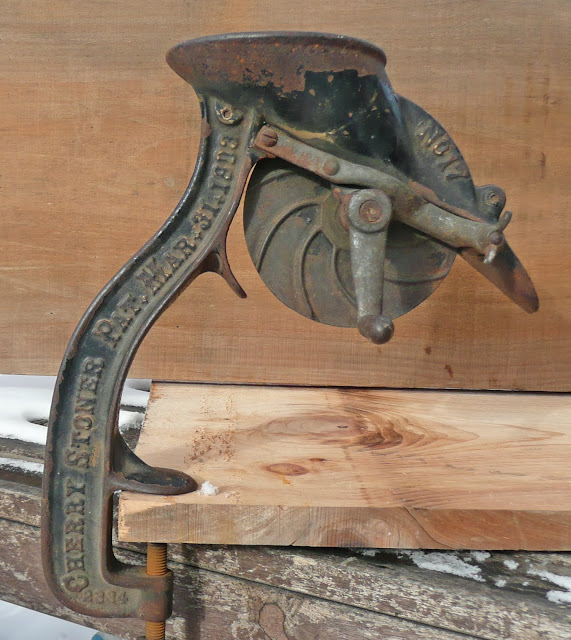 The Enterprise Manufacturing Company was founded in 1864 by T. Henry Asbury (1840-1907). In 1866, they incorporated and operated very successfully as a maker of domestic and commercial equipment for grinding, chopping and slicing meats, coffee and fruits.
Charles W. Asbury (1870-1935) presumably a son of the founder, continued the business which had grown to be one the largest makers of mills, grinders, The line even included a lard press and a sausage stuffer. The company continued into the 20th Century but never made the leap into electric appliances.
Their last successful line, a no-clamp food chopper, caught the attention of Silex, a rising manufacturer of appliances and in 1955 T. Henry Asbury II, (a grandson of the founder?) sold the company to them. Within seven years every item in the Enterprise line had been discontinued. 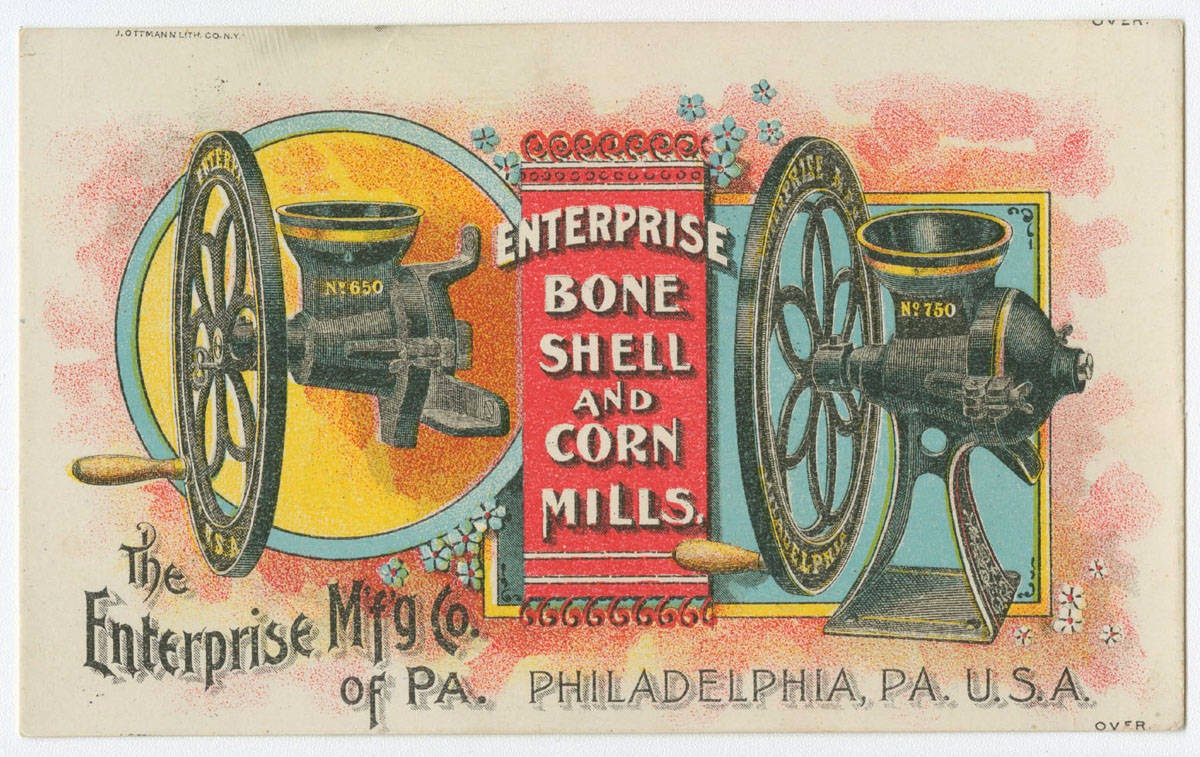 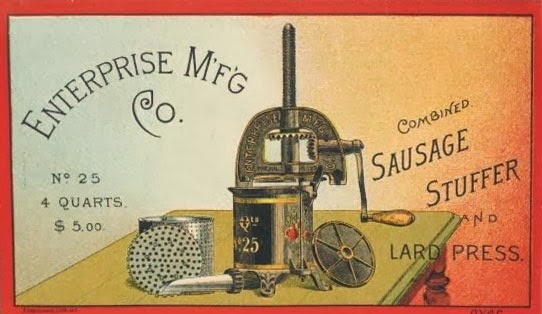