The photos below are sampling of those contained in Richard Harrington's book, Northern Exposures.  Canada's Backwoods and Barrens Pictured in Monochrome and Color.  (Henry Schuman, Inc., New York and Thomas Nelson & Sons (Canada) Ltd., Toronto, 1953).  These form a record of journeys he took into the Canadian northlands in the late 1940's and early 1950's, and were originally published in Beaver, the Hudson's Bay Company's in-house magazine. 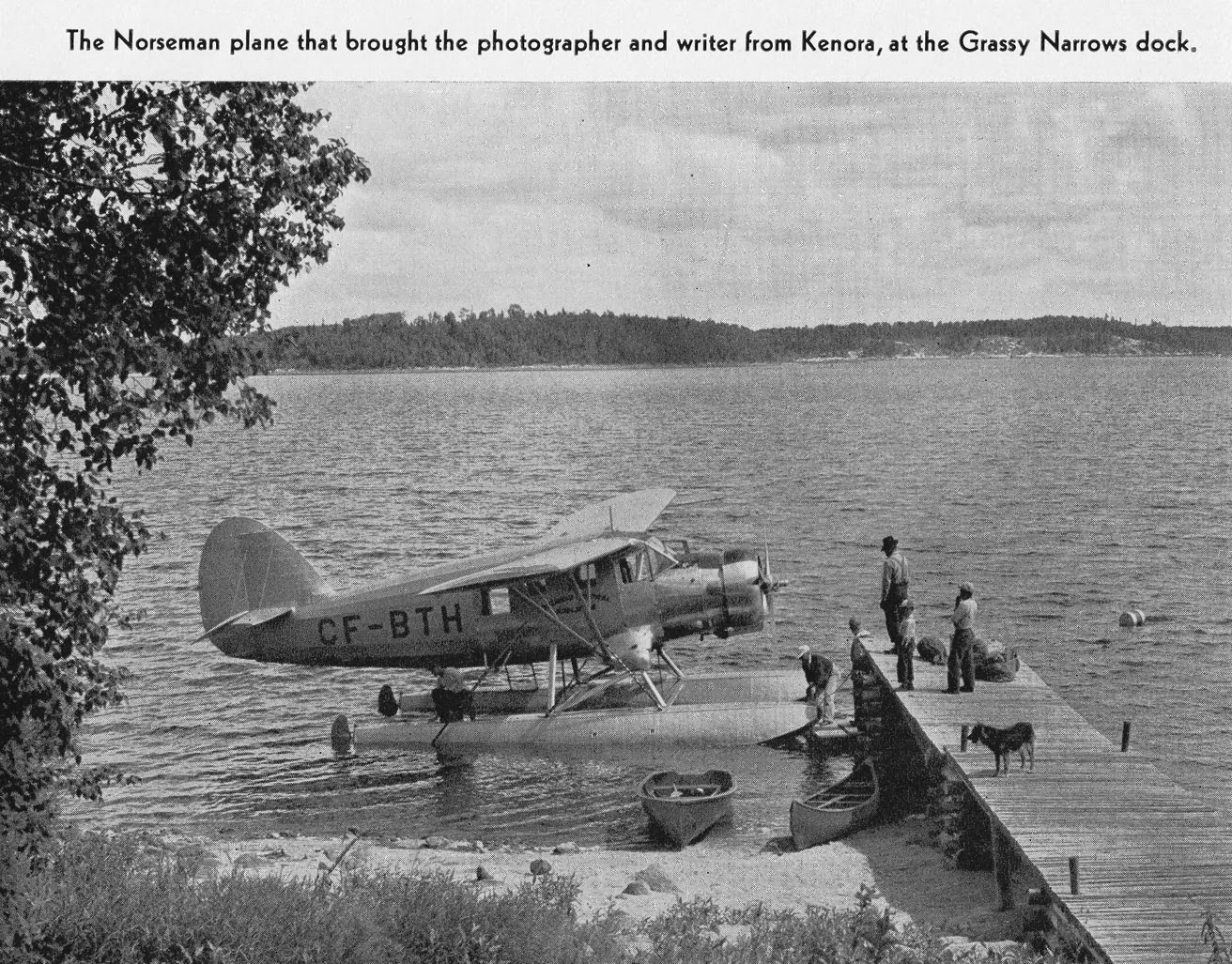 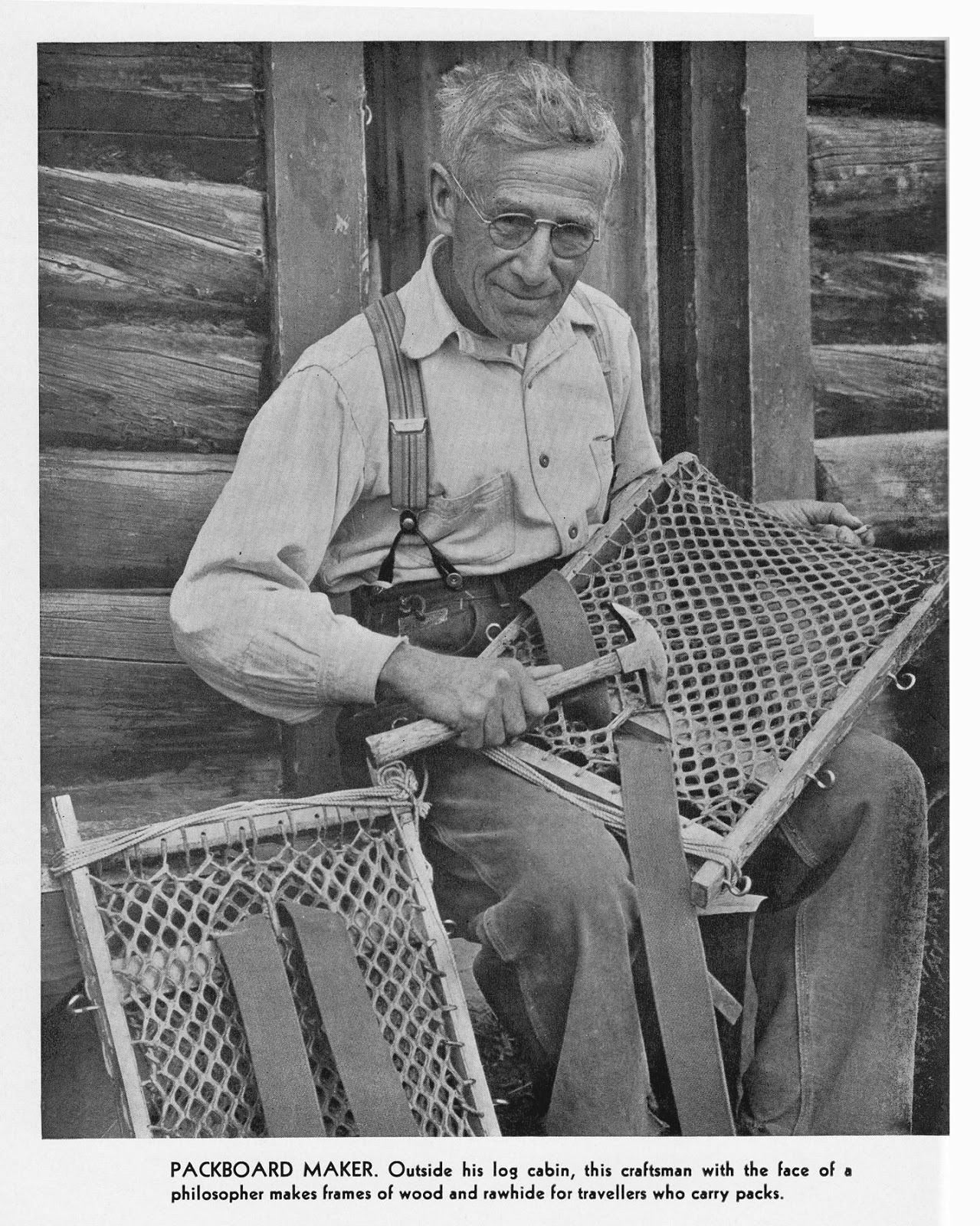 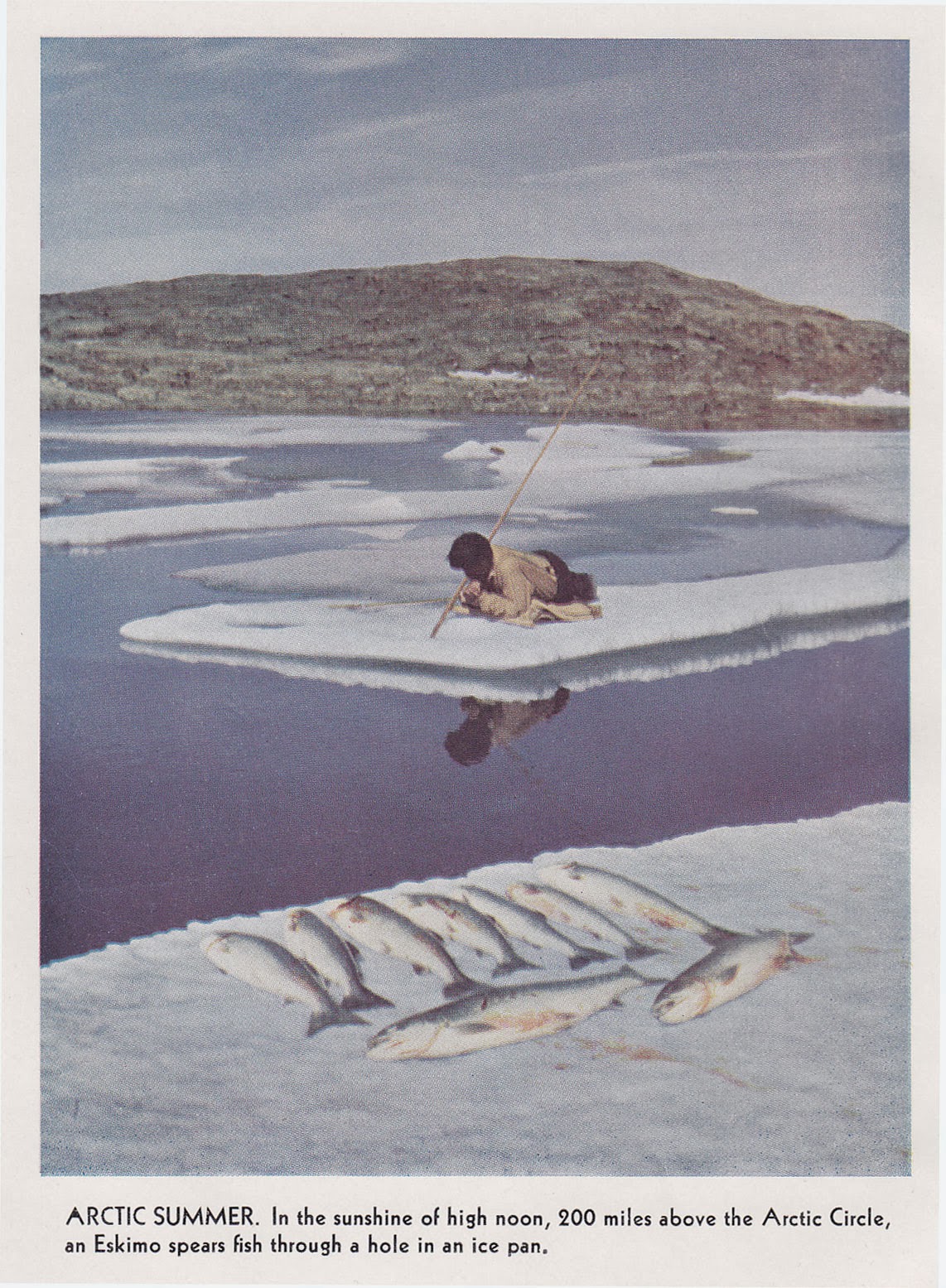 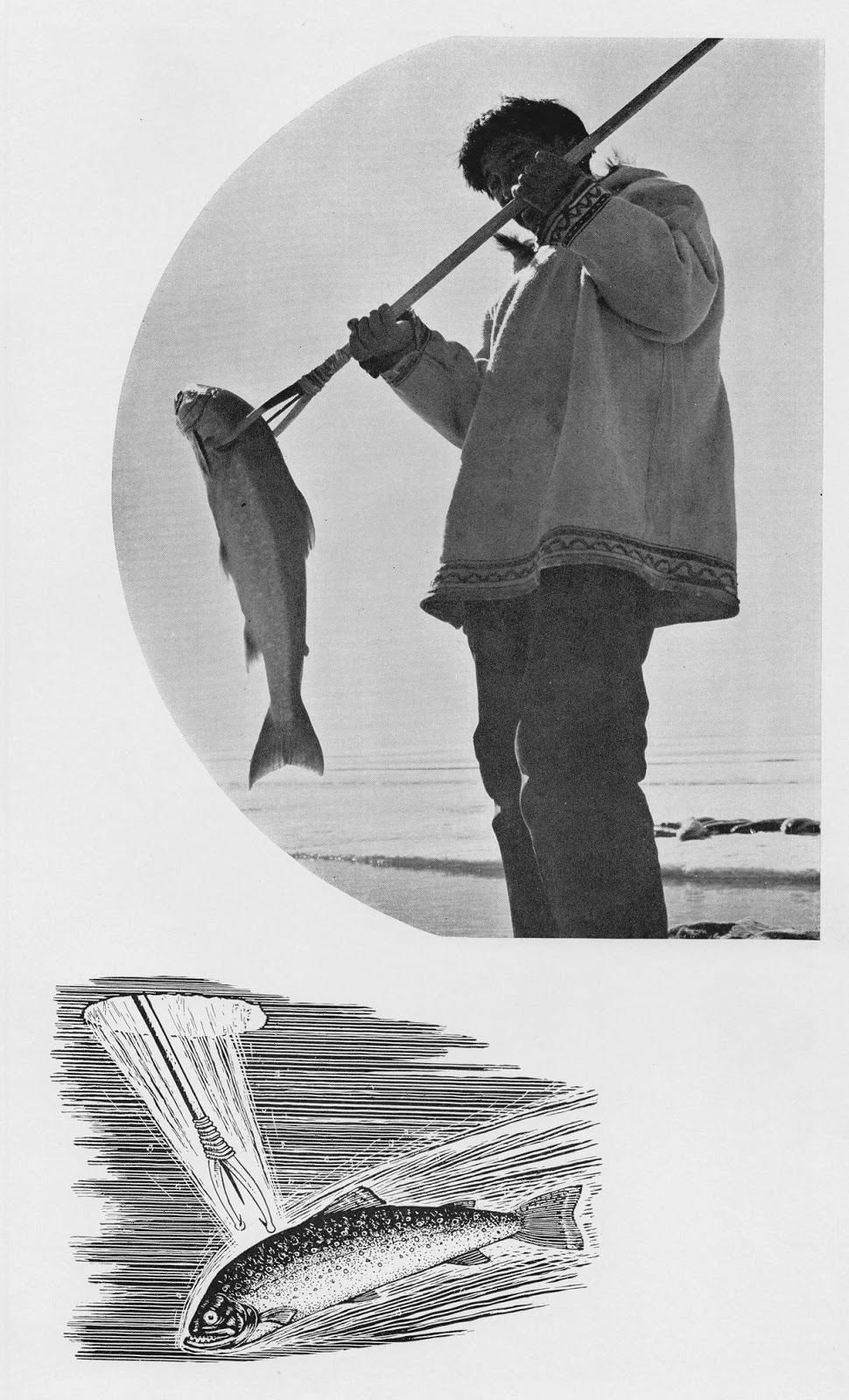 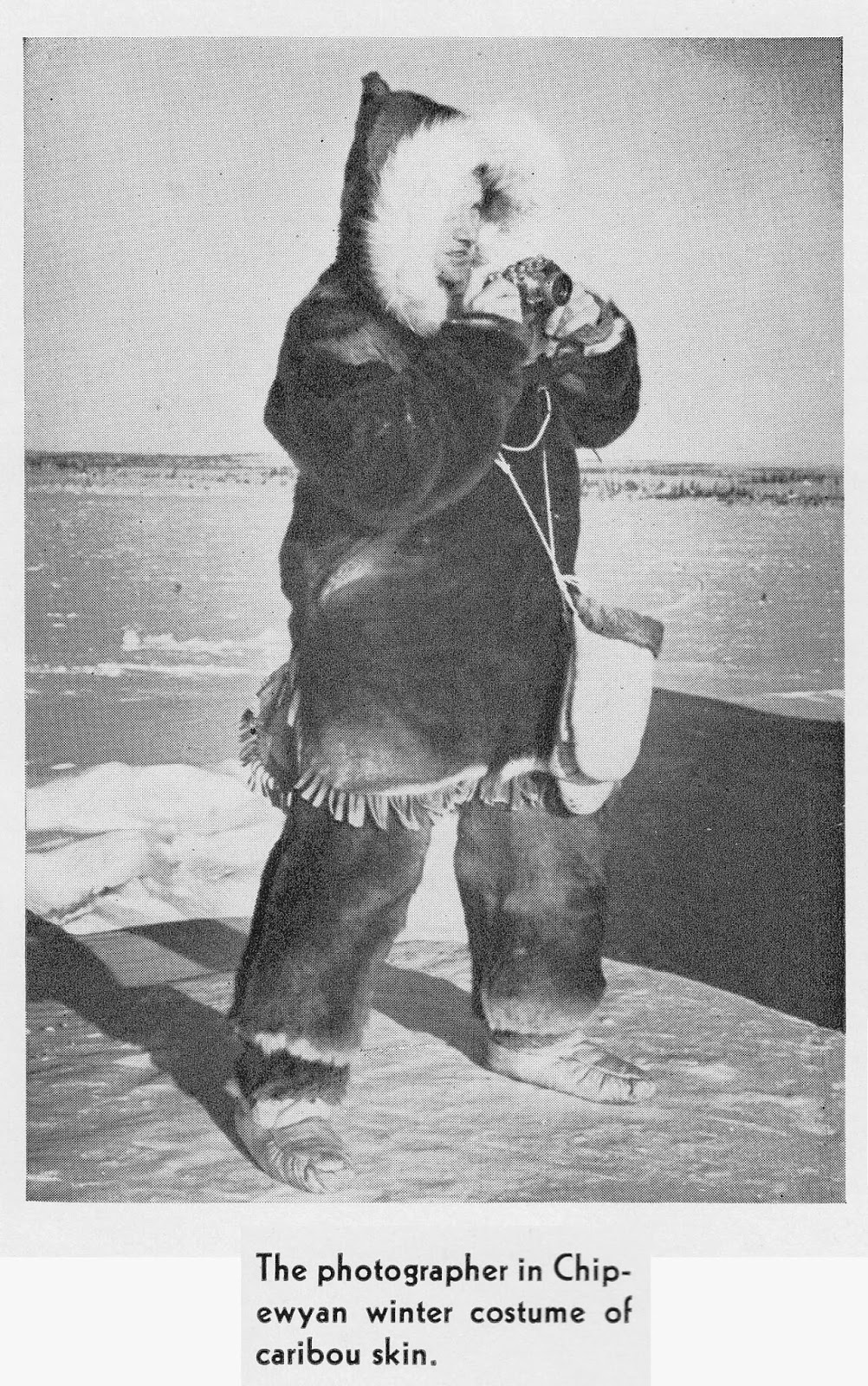 Richard Harrington was born in Hamburg, Germany in 1911 and emigrated to Canada in the mid-1920's.  He never publicly revealed what his German name had been.  He found work as an X-ray technician and medical photographer in a Toronto hospital, which sparked his career as a wilderness photographer.  Over the course of his life, he traveled to over 120 countries.  In 1947, he traveled to Inukjuak in the eastern Arctic, and enjoyed this so much that he made five more trips, the final one in 1959.  Through his lens he was able to record a vanishing way of life as the Inuit abandoned their nomadic ways to settle in permanent camps.  The Inuit called him "Adderiorli," the "man with a box."  He was instrumental in bringing the plight of Inuit starvation to world attention in the 1950's.  His work was published in magazines such as Life, Look, National Geographic and Paris Match, appeared in over 24 books, and has been exhibited at the Canadian Museum of Photography, the Smithsonian Institution and the Museum of Modern Art.  In 2001, he was made an officer of the Order of Canada.  He passed away in 2005.

In Northern Exposures, he carried only two Leicas and two Kodak Medallists and never used flash photography.  Of the Chipewyans he wrote:

"This life appeals to me very much.  It is rational and harmonious.  Only essentials count.  The chaos and confusion in which white men live looks utterly idiotic from here...

"At the post the radio vomits forth disaster, disagreement--a female voice squeaks of how we all love each other and how terribly important something or other is ... and I experience fiendish joy in turning it off."

If you live in or near Oshawa, you can visit an exhibition of his work at the Robert McLaughlin Gallery, taking place between March 30 and June 16th of this year.