A Plomb wrench from their "pebble period" (1945-1948).  I like the design. Below, the only two other wrenches of this maker that I've ever found:

Below, their name and plumb bob symbol on one of their tools.

They also used an anvil logo:

The web has some excellent histories on this tool company, so all I need to say here is that it was founded in Los Angeles in 1907 by Alphonse Plomb.  In the 1930's, the offered the following, with "S.K." standing for "Skinned Knuckles" and not Sherman-Klove! In 1948, they changed their brand name to Proto ("Professional Tools"), still at first carrying both the Plomb and Proto names, as on my wrenches below:

They then became Pendleton Tool Industries in 1957 before being acquired by Ingersoll-Rand and then gobbled up by Stanley.

During the Plomb days, though, they sure had some great trademarks and ads! 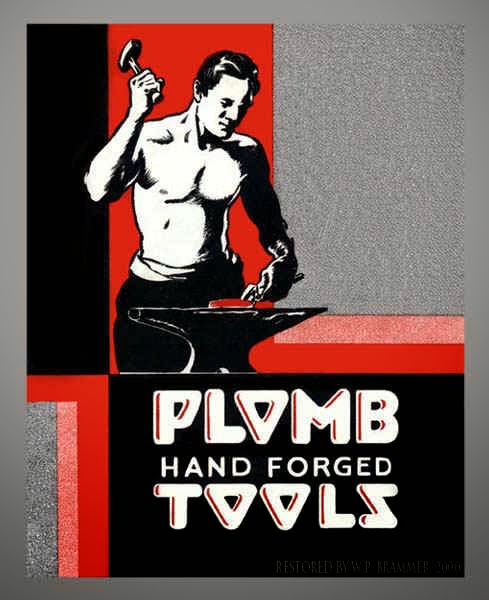 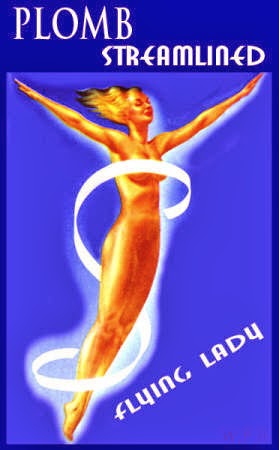