I recently stumbled across my old Silva compass: 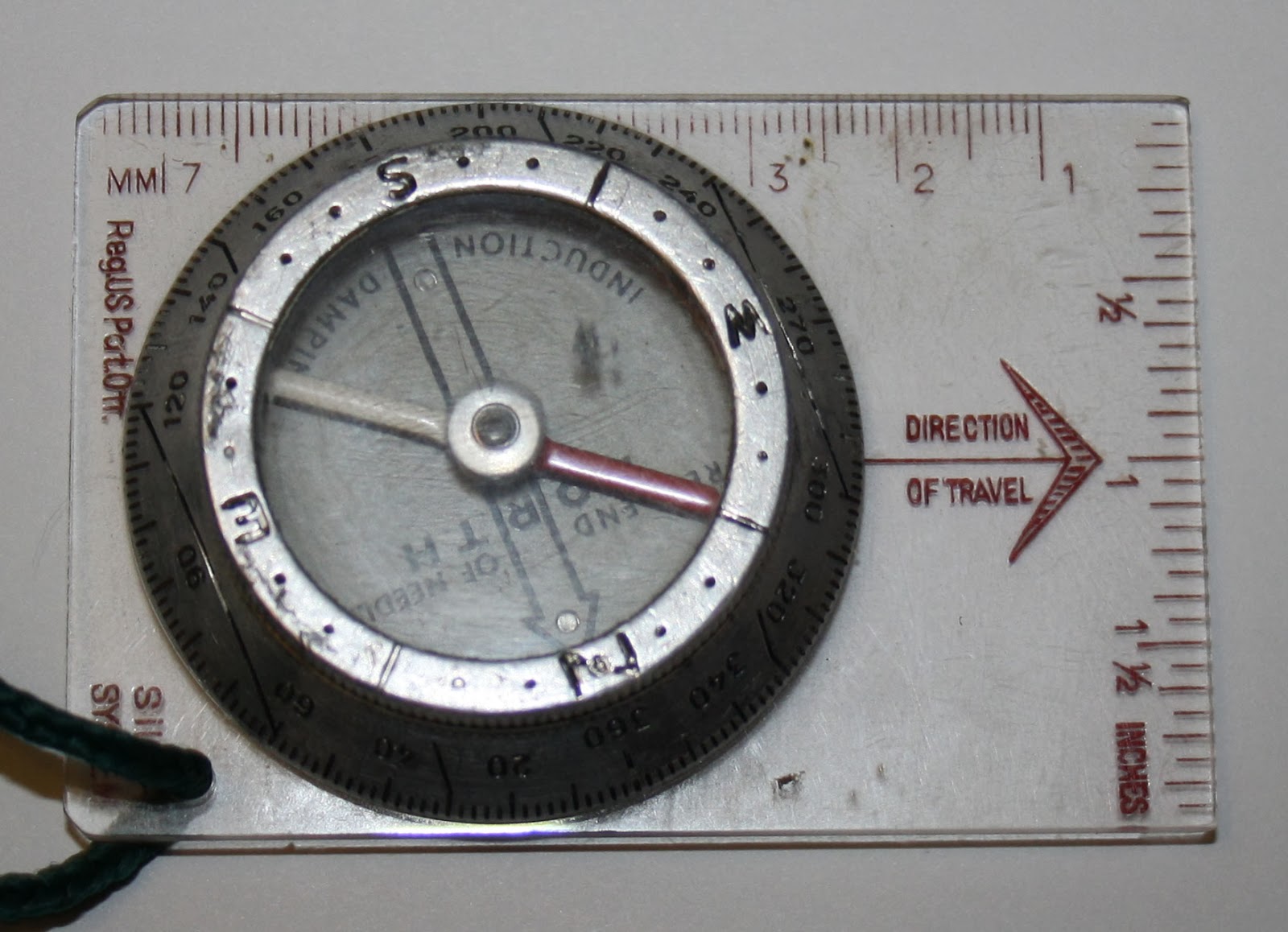 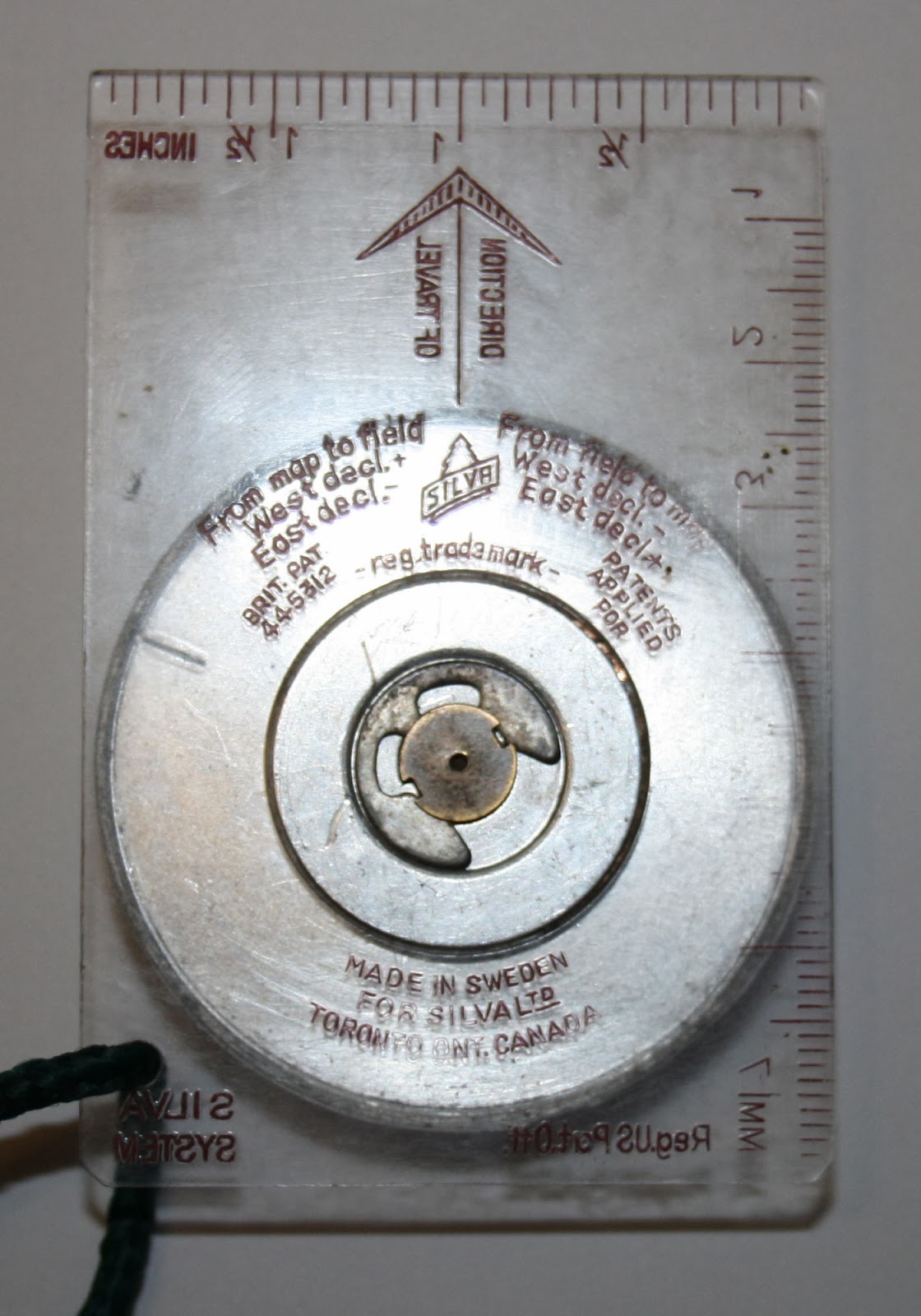 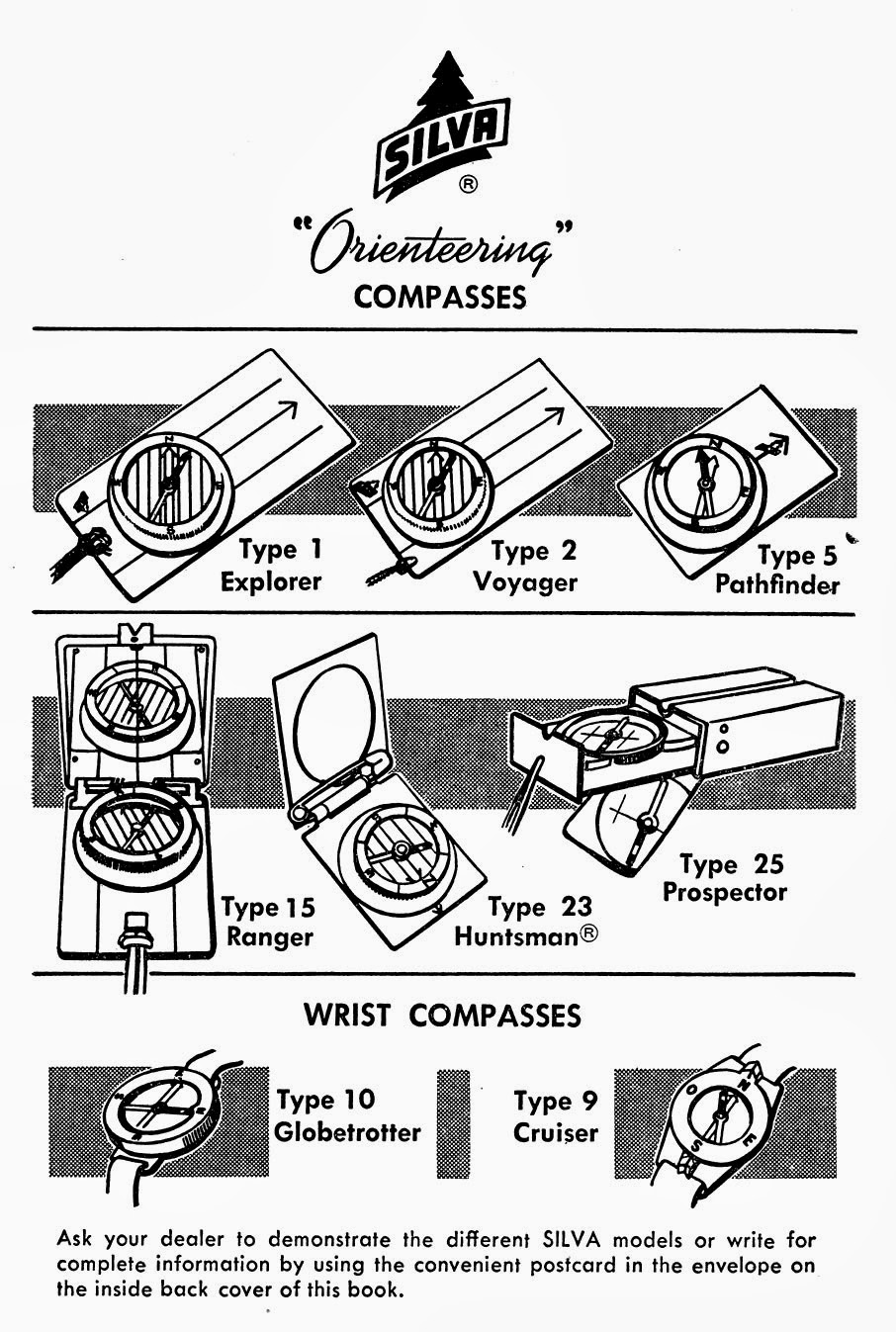 Orienteering, a sport involving the use of a map and a compass, became popular in Sweden in the 1930's.  However, compasses of that era left something to be desired.  By coincidence, instrument maker Gunnar Tillander, who was also an orienteer, got together with three brothers, all of whom were successful in the sport: Arvid, Björn and Alvar Kjellström.  The brothers had contributed to the development of a liquid dampened compass combined with a protactor, allowing a person to take a fast and accurate bearing from a map.  Together with Tillander, they produced their first compass in 1932 and named their device "Silva," from the Latin for "forest."  The Silva company is still in business today.  The sport of orienteering came to the United States in 1946 when Björn Kjellström moved there.  In that year, he arranged for orienteering events for the Boy Scouts in both the U.S. and in Canada.  The sport was slow to become popular, but did take off in the 1960's. Kjellström remained a strong supporter of the sport well into the 1990's.  He founded the American Orienteering Service as a service division of Silva Industries, Inc.  Today, the sport is overseen by Orienteering USA.

Below, drawings from Kjellström's book, Be Expert with Map and Compass.  The "Orienteering" Handbook.  (LaPorte, Indiana:  American Orienteering Service, 1955.)  Illustrations are by Francis J. Rigney. 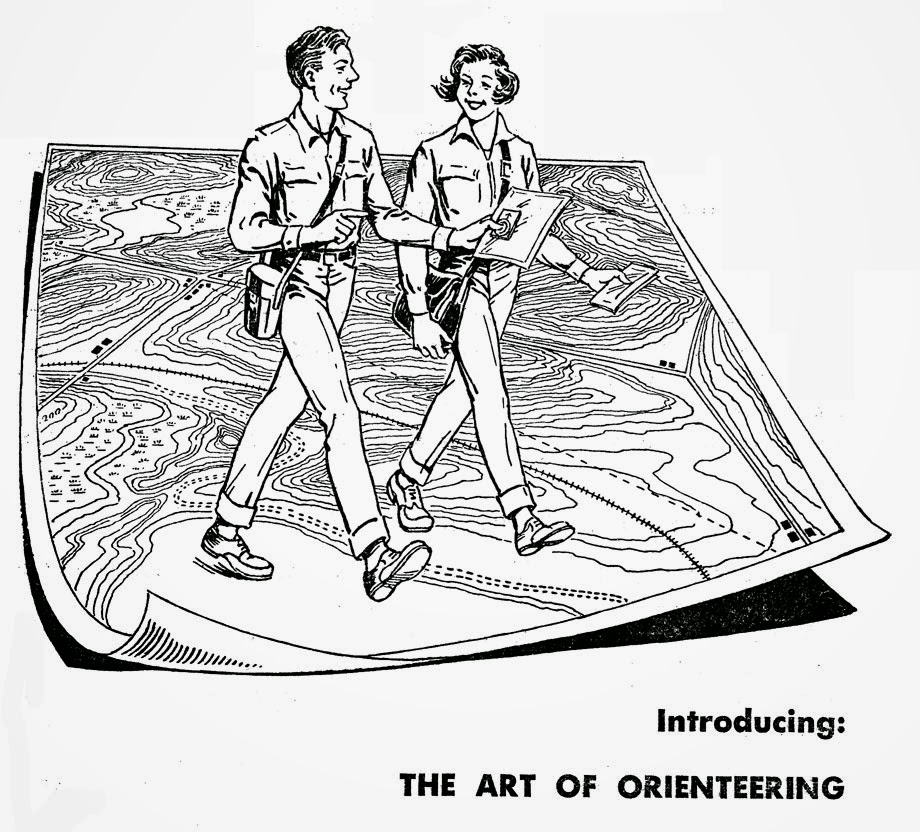 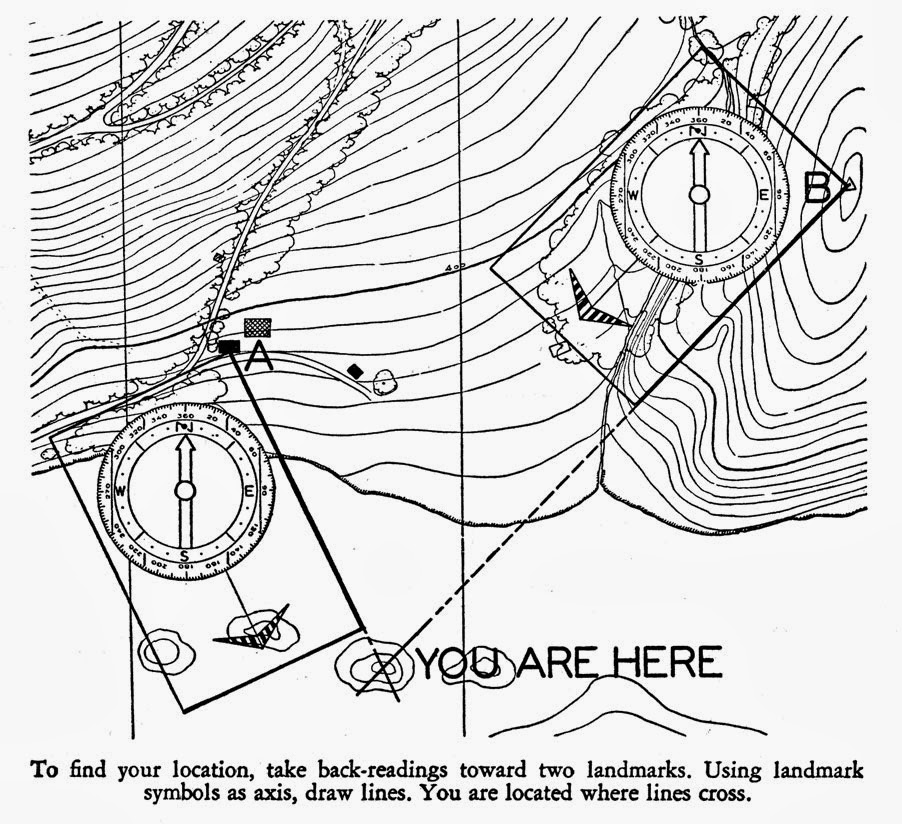 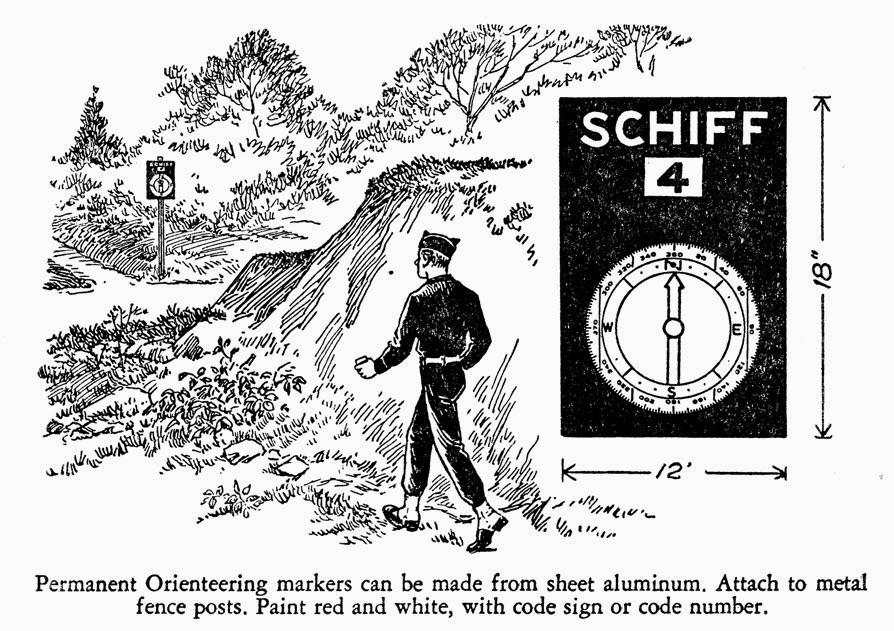 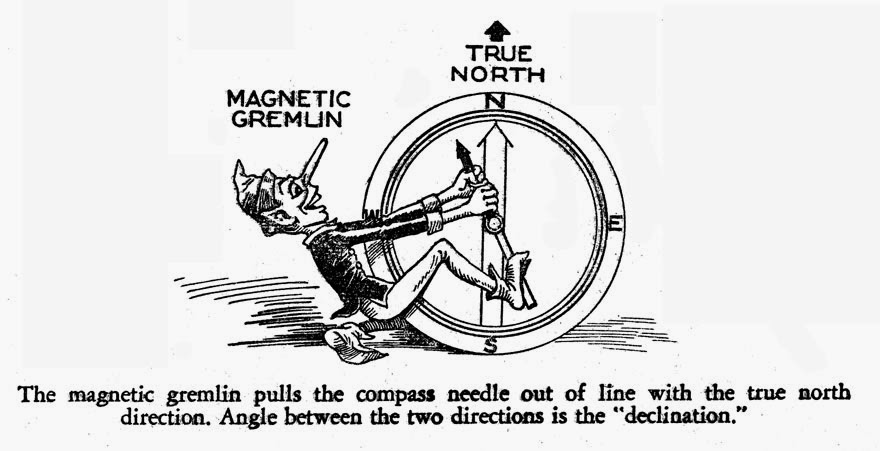 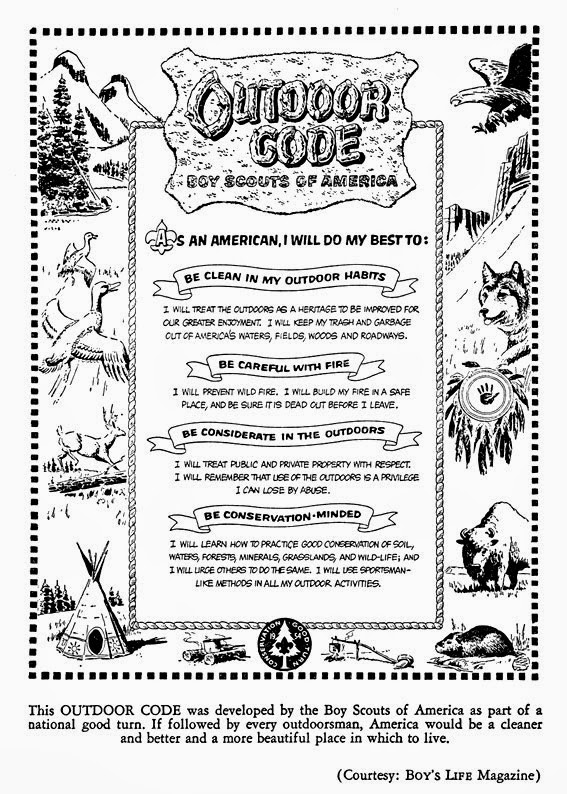