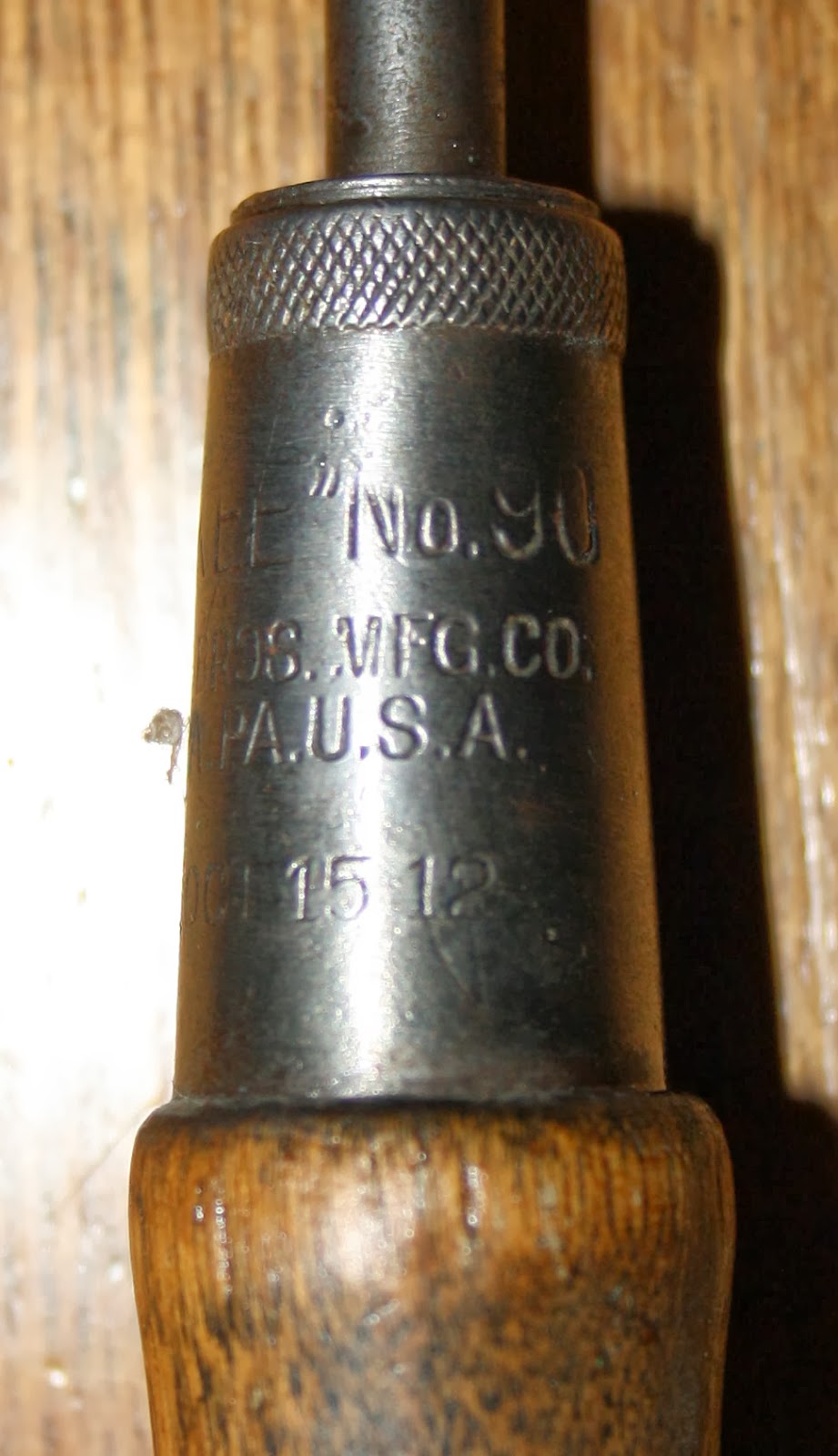 One one ferrule is stamped a patent date of October 15, 1912.  This U.S. patent (No. 1,041,451, "Means for attaching blades of tools to handles") was awarded to Thomas Fegley and George Leopold, who between them contributed quite a few patents to the North Brothers concern.  (One of my screwdrivers has only "Patent Pending" stamped on it, meaning that it was made before 1912, so is now over a century old.  I find it so cool to be using something that old.)


After the company was bought by Stanley in 1946, the pattern was continued as the Stanley Yankee No. 4595.  No one makes them like this anymore. 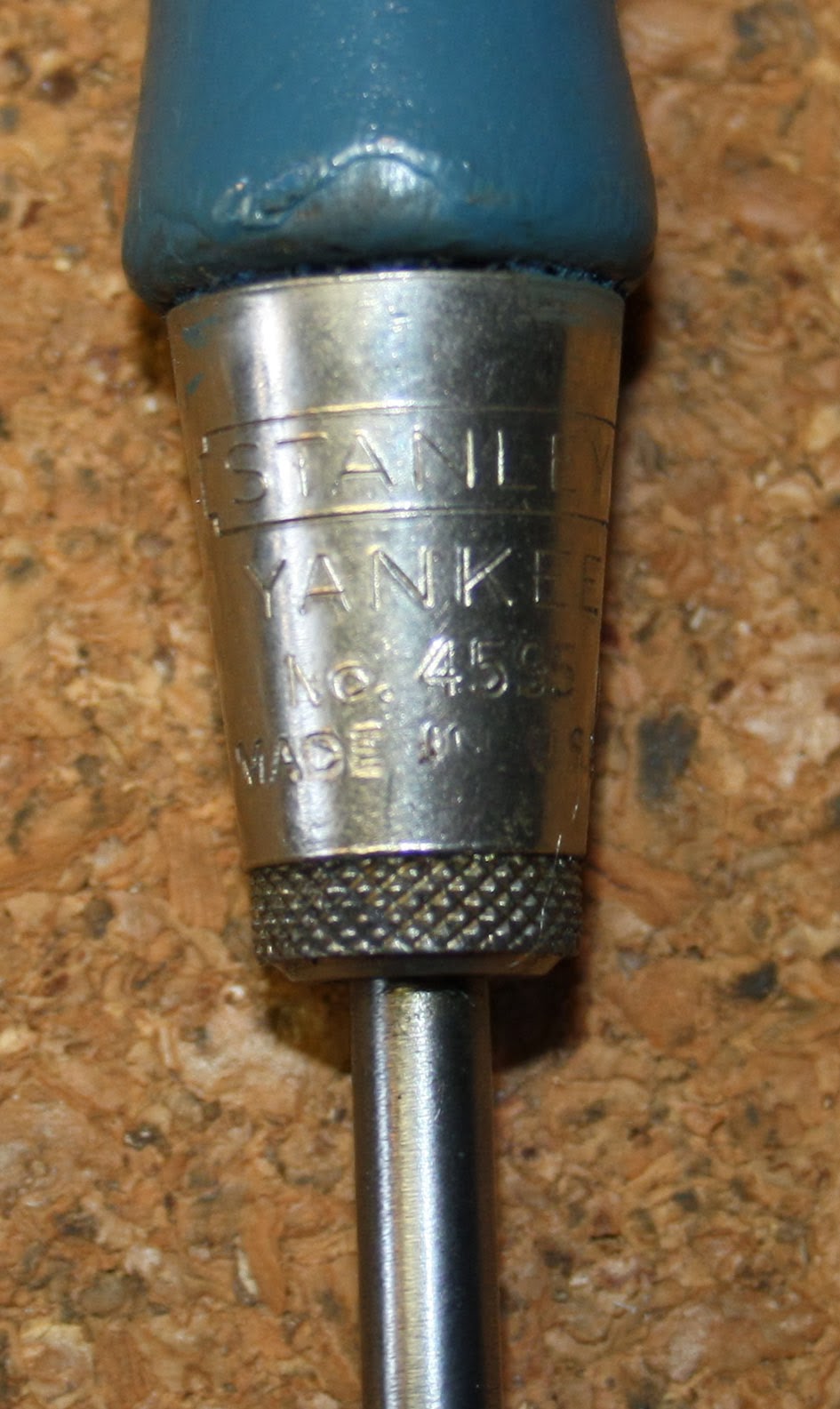