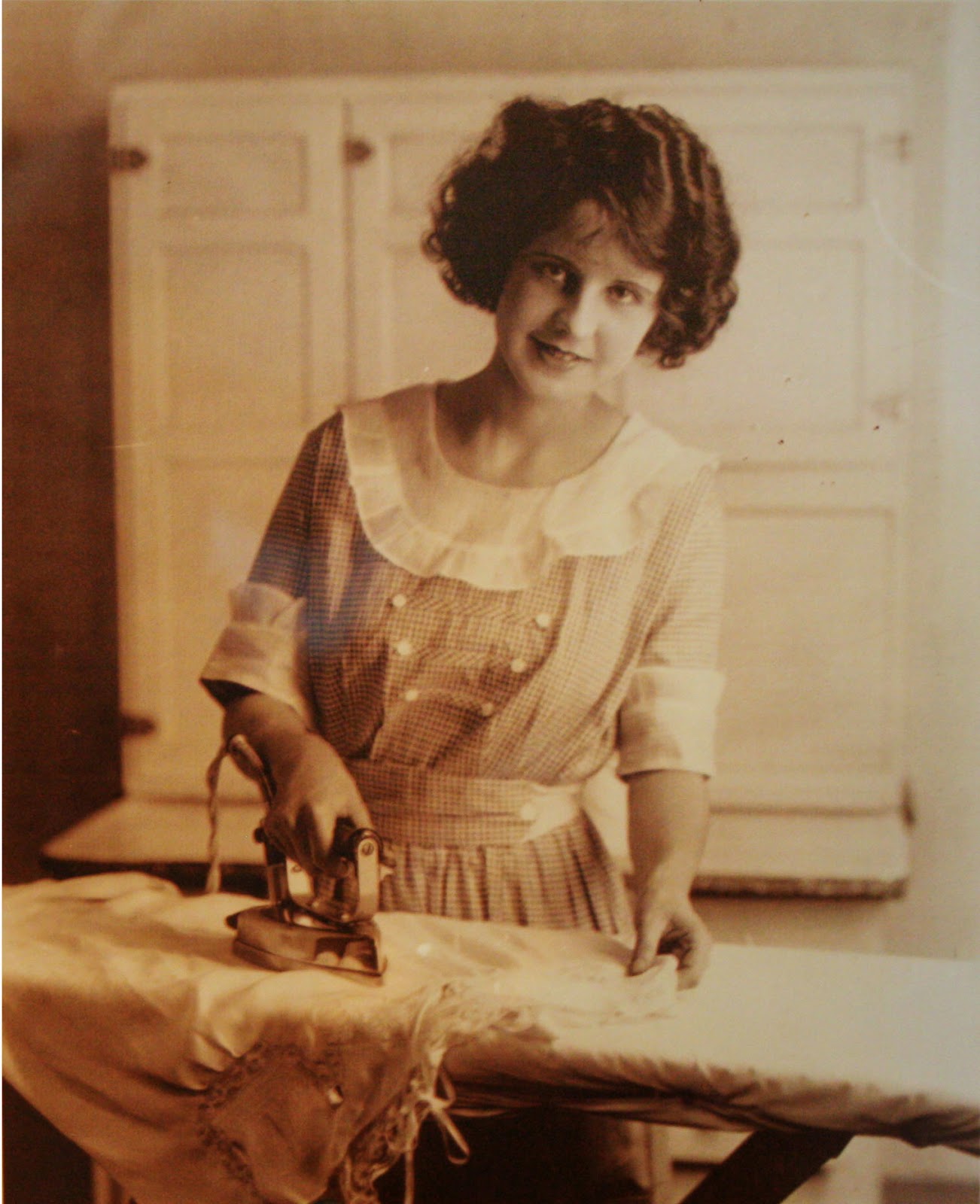 The first patent for an electric iron was issued on June 6, 1882 to Henry W. Seeley of New York, even though electrical power to households didn't really begin to be available until 1890.  In 1905, an electric company plant supervisor/meter reader named Earl Richardson invented an improved iron with the heating element concentrated at the point. His brandname?  Hotpoint!


A challenge was keeping the iron at the right temperature, which brings us to John A. Spencer, one of those unschooled but brilliant inventors that America was gifted with in the last century.  His father died in a Maine lumber mill, so the young Spencer had to fend for himself doing odd jobs in lumber camps and saw mills.  At age 15, one of his jobs was working as a fireman for a wood-burning steam boiler in a clothespin factory in northern Maine. Apparently, clothespin-making machinery required steady steam pressure, and the boiler was heated with waste wood chips and shavings so the fireman had to be vigilant to keep the fire going.  Spencer noticed, as had others before him, that the steel door on the firebox had a curious habit of snapping in or out when the fire reached a certain temperature, or dropped below it.  Unlike the others, though, he decided to use this to his advantage, and eventually re-shaped the door so that it may a loud sound when this happened, alerting him to the need to add more fuel and cutting down on unnecessary trips to the furnace.  He continued to be intrigued by this phenomenon which he began to explore experimentally, first creating a small toy that could be clicked into one position, and then left to cool when it would click energetically into its original shape, flying up in the air in the process.  (See my previous post on my Ring Audio promotional toy.)  After eighteen years of research, he patented a thermal switch based on this process that would turn on at a set temperature, and off at a pre-set higher one. Consisting of a disc made of a combination of monel and nickel steel, the switch operated at less than .00018 of a second, as fast as the travel of a rifle bullet, giving little chance for electrical arcing at the switch.  When he was only 33 years of age, the Westinghouse Electric & Manufacturing Company paid him $1 million for the rights to this patent. Spencer founded the Spencer Thermostat Company to find other applications for his "Klixon" switch.  His company merged with the General Plate Company in 1931 to form the Metals and Controls Corporation, and this company in turn merged with Texas Instruments in 1959.  In 2006, TI sold the business to Bain Capital, which formed a stand-alone entity named Sensata Technologies.

As a fascinating aside, John Spencer's younger brother, Percy, invented the microwave oven while working for Raytheon.  Visit the Spencer Family Archives to learn more about both brothers based on information collected by Percy's grandson. 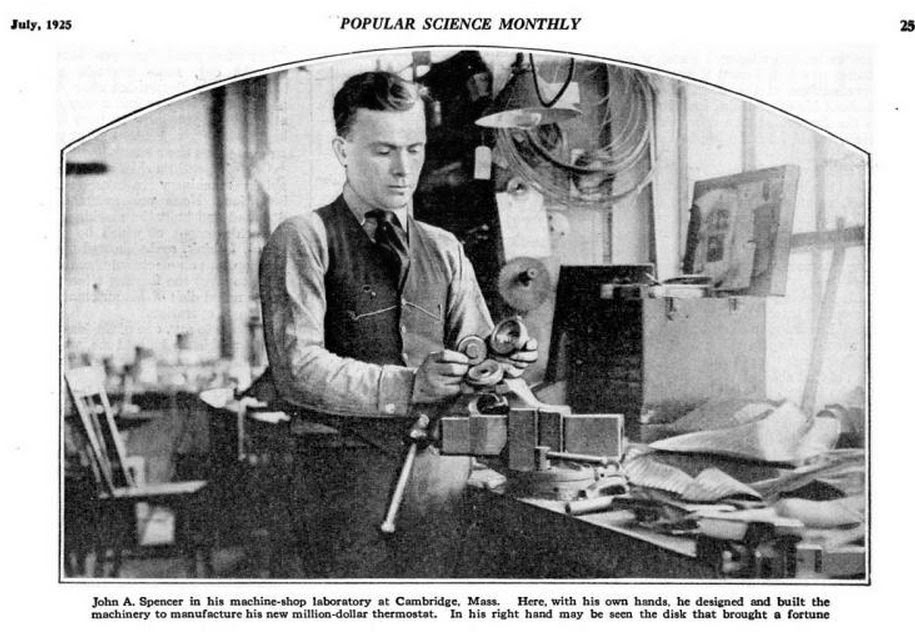 Time was, you could even fix your own electric iron!  Below, from Mr. Fix-It's Complete Book on How to Make Your Own Electrical Repairs.  By Six Leading Authorities.  (New York:  Greystone Press, 1953). 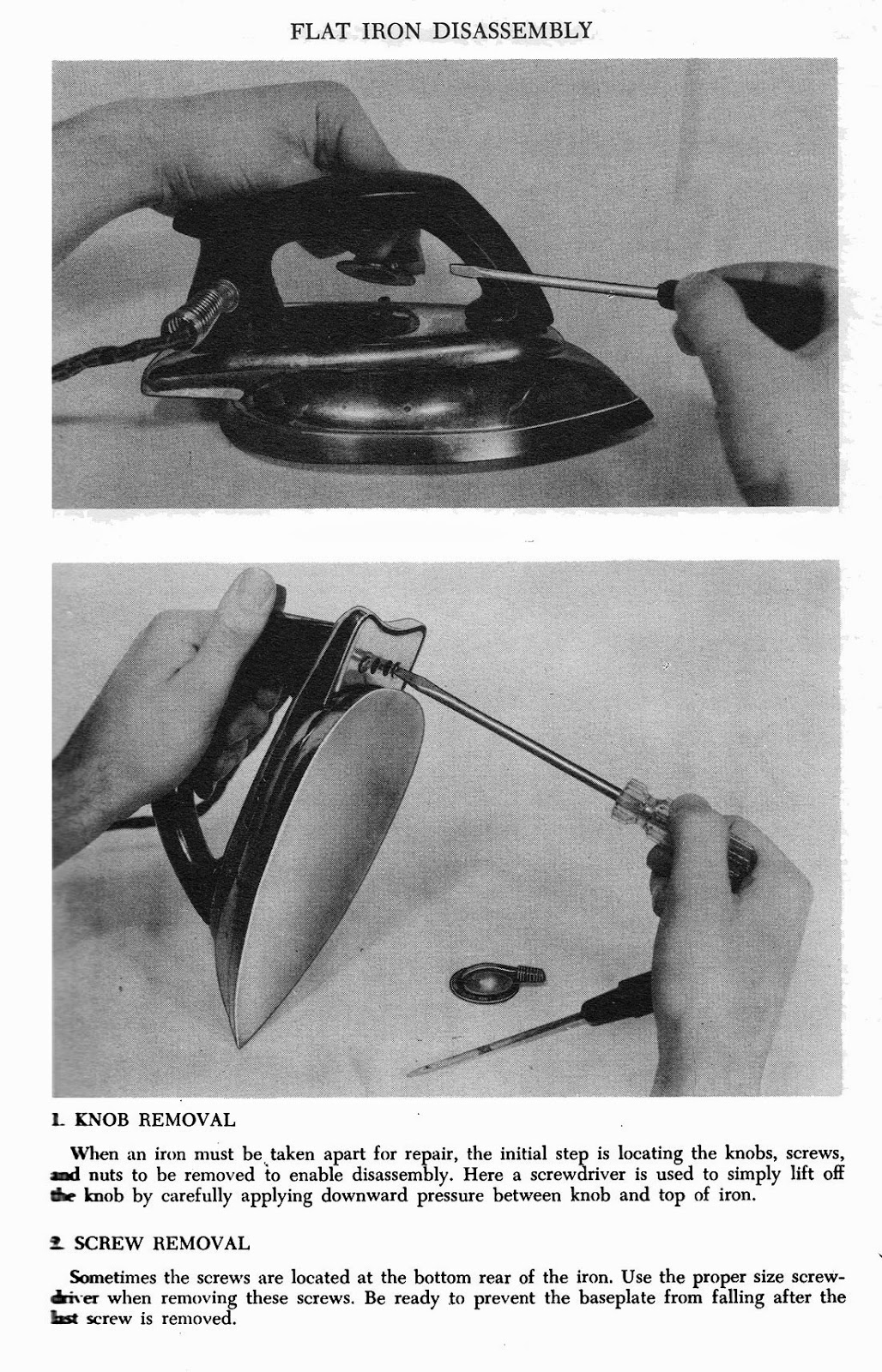 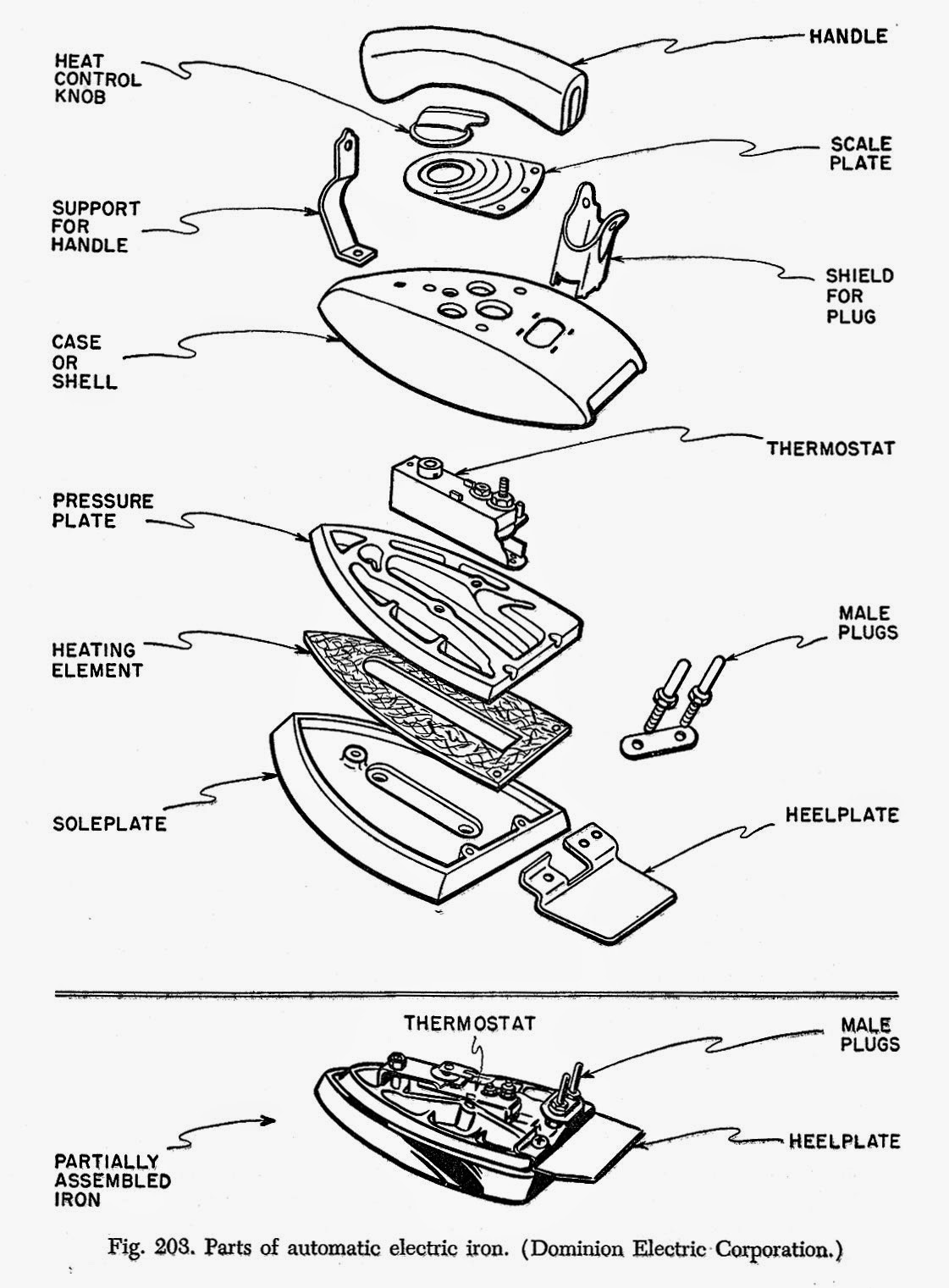 Nowadays, of course, if something stops working, you just "throw it away." Lovely euphemism.  Throw it away from you.  But to where?  Who bothers to ask?
Posted by The Duke at 9:20 AM