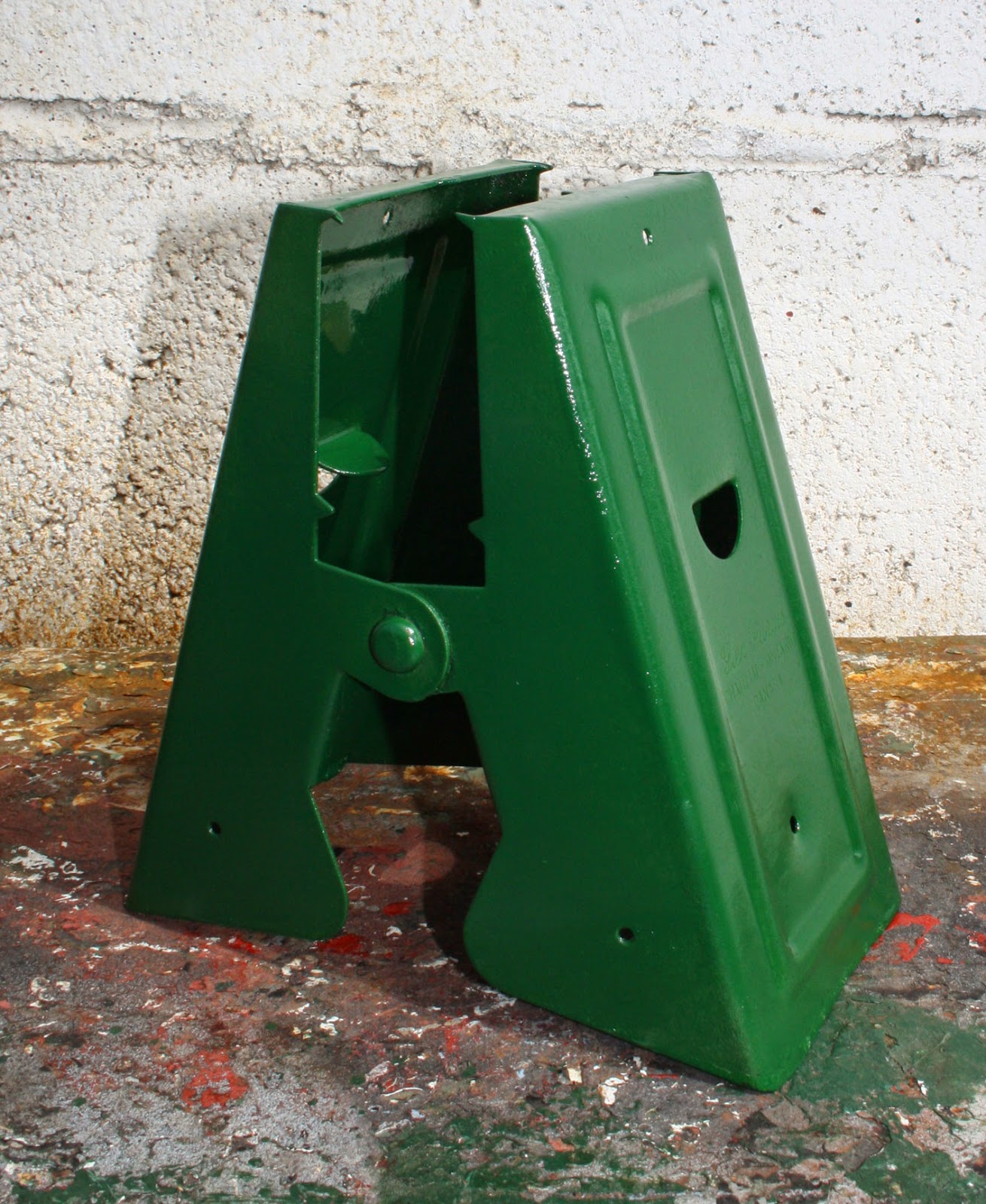 I found this old heavy-gauge metal sawhorse bracket in a Whitby thrift store.  Pity there wasn't a pair, but this one cleaned up nicely, freshened with a new coat of paint.

The Ken Purvis firm has left no trace for the web.

Along with it were the two Simpsons-Sears brackets below: 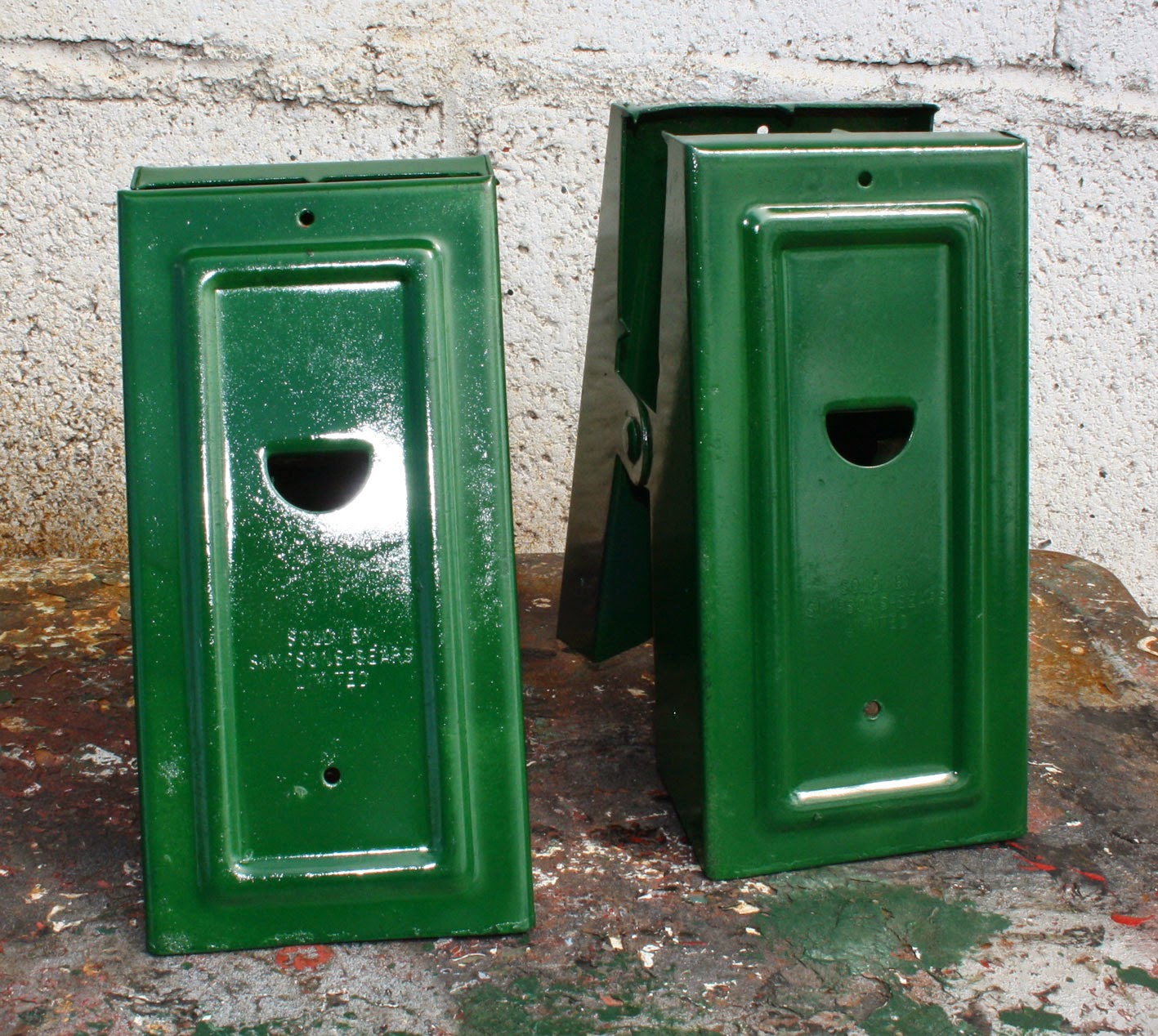 Not identical to the Purvis one (which is beefier), but pretty close. Perhaps Purvis made them for the retailer.  They also cleaned up nicely, and will be fitted to the proper size legs for use in my drive shed.

Interestingly, the Purvis brackets take 1-3/4" X 3-3/4" boards, while the Simpsons-Sears ones are 1/8" shorter on both dimensions.  This is one documentation of the process by which 2X4's eventually became 1-1/2" X 3-1/2", as also shown by the comparison below with the more modern ones made by Ideal Security of LaSalle, Quebec: 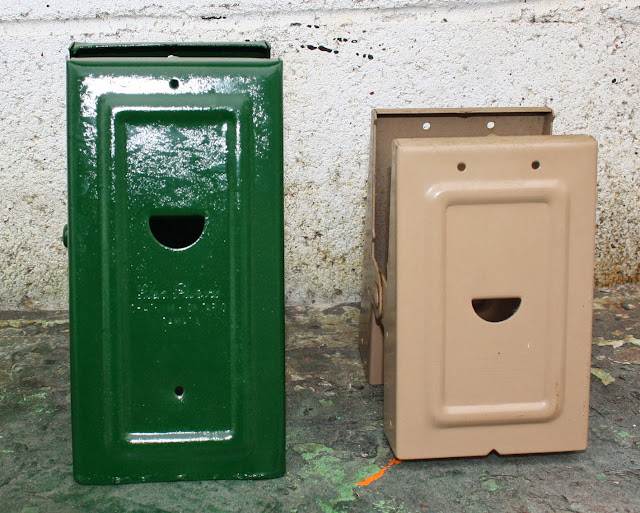 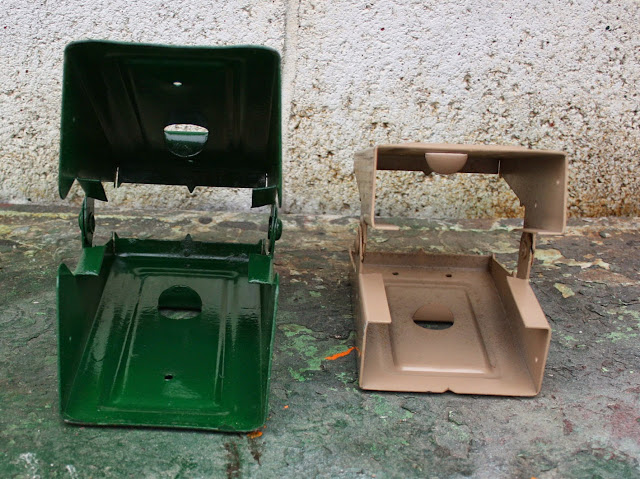 Below, another design that was available in the 1970's, with a nice feature to lock the legs apart, plus a plan for a sturdy home-made version: 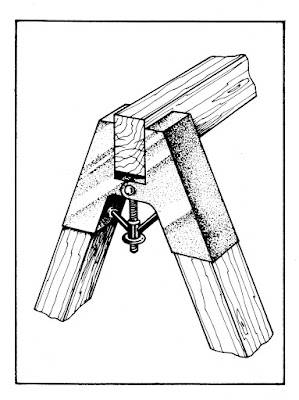 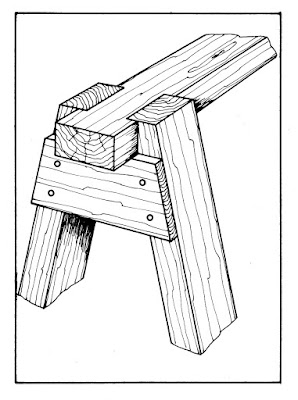 As for sawhorse brackets, I see that they're making them out of plastic now.  Progress is fine...
Posted by The Duke at 9:06 AM