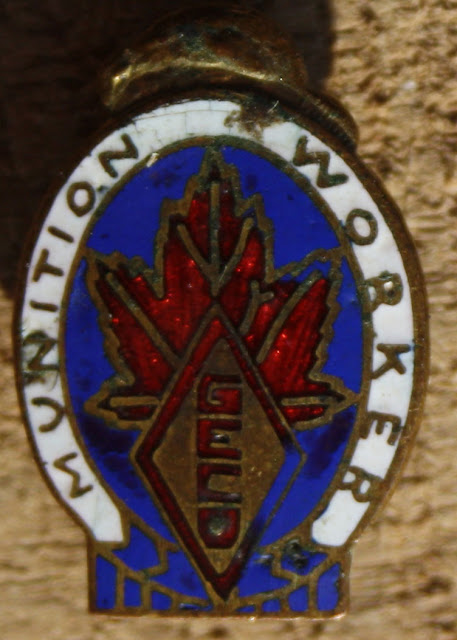 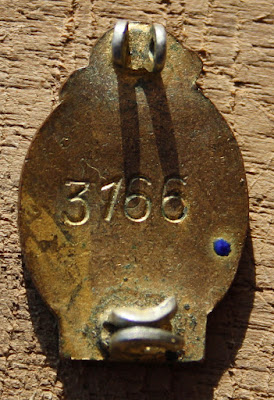 I found this enameled pin in a box of stuff I picked up recently. That's a beaver on the top of the badge.

GECo was the General Engineering Company (GECo), Canada's biggest munitions plant during World War II.  It was built in five months in an area of Scarborough now known as "The Golden Mile".  It consisted of 172 buildings on 346 acres of land, connected by over four kilometers of tunnels.

The company employed over 21,000 workers, mostly women, known as “the fourth arm of the service” and “the women behind the man behind the gun.”  They filled over 256 million munitions, dangerous but essential work.

For more on this story, visit Historicist: Scarborough’s Bombshell Beauties and Bomb Girls.
Posted by The Duke at 9:32 AM