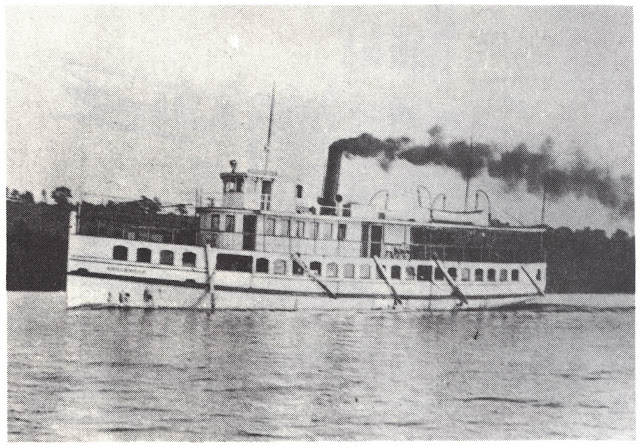 I found this picture of the steamer Brockville in the book Canvas and Steam on Quinte Waters and while trying to find out more information discovered there were at least three steamers of that name on Lake Ontario, the first report from 1813. This boat is obviously much later, being propeller-driven.
There is also a much larger Brockville featured in a postcard in the Lachine rapids but according to this forum  thread this is the boat that was built in 1898 (builder not known) and was operated out of Brockville On. It later ran out of Picton for the Ontario & Quebec Navigation Co. and joined Canada Steamship Lines in 1916. Late in its life it was converted to a barge named the Nora H.  In 1944 the hull was abandoned at Burlington near the Skyway bridge.


After conversion to the barge Nora H. 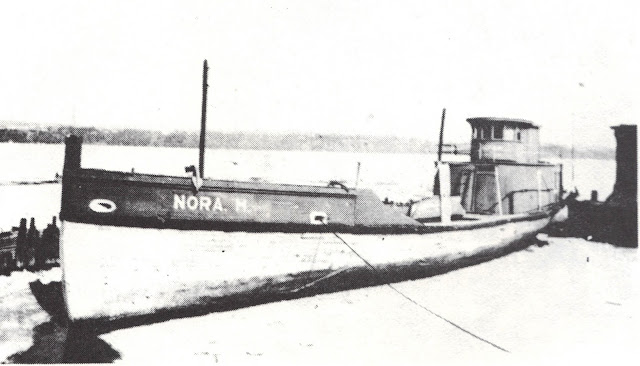