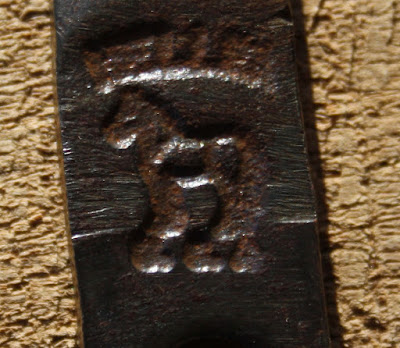 Above, a farrier's knife for cleaning and trimming horse hooves.  I found it in one drawer of a little plastic organizer I bought at a thrift store. 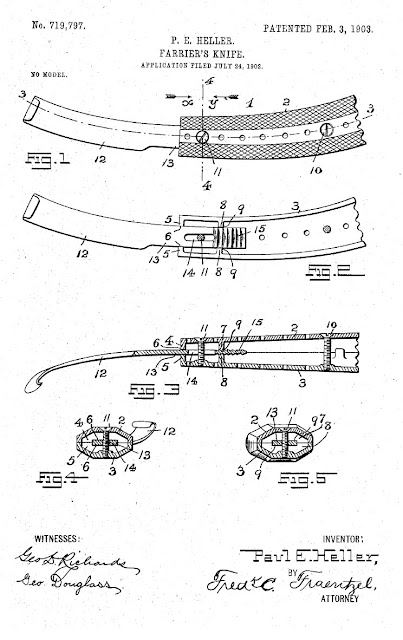 Below, an interesting "Masterench" made by the company: 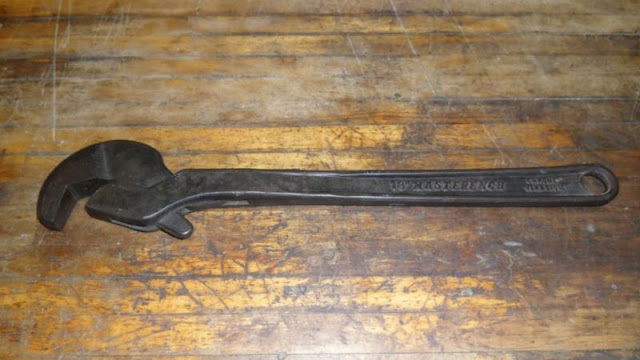 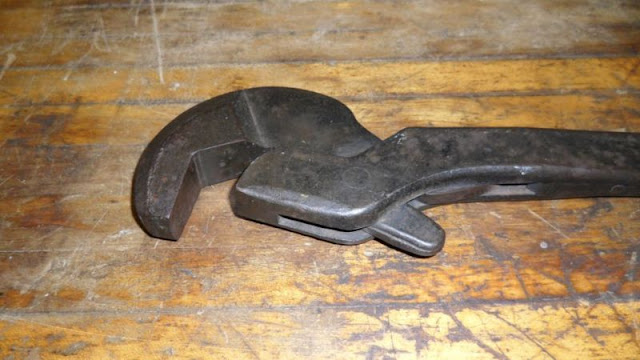 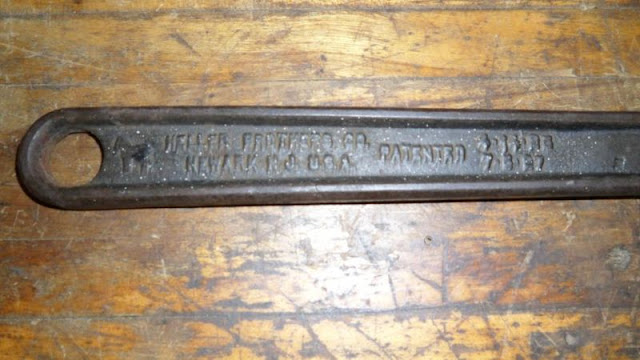 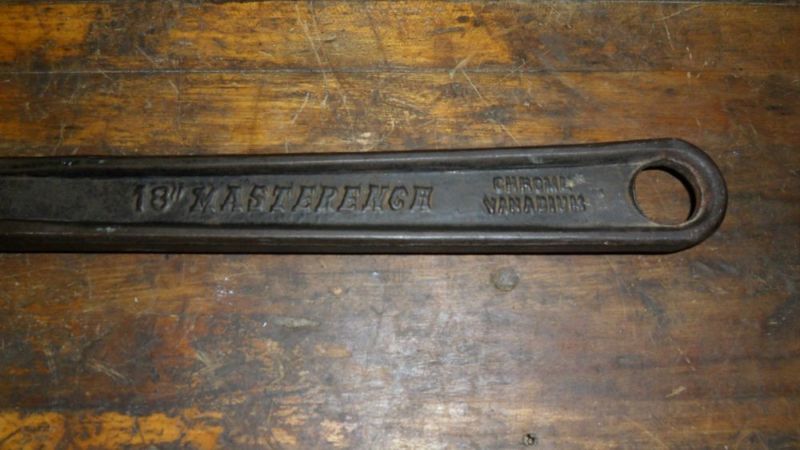 Heller Brothers was once America’s most prolific manufacturer of farriers’ rasps and blacksmiths’ hammers.  The company's beginning dates back to 1836 when Elias Heller Sr. founded it.  It became Heller & Brothers in 1865, and the Heller Brothers Company in 1899 when the three sons, Peter, Lewis & Elias Jr., succeeded their father.

According to American Made Files, between 1917 and 1944 the Heller company acquired a large number of file- and tool-making firms, before being bought itself by Simonds in 1955, when its name was changed to the Heller Tool Co.  Production was moved to Ohio, where the plant was finally closed in 2006. 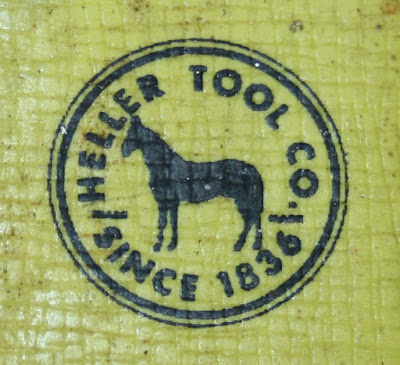 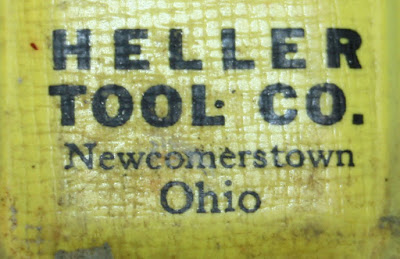 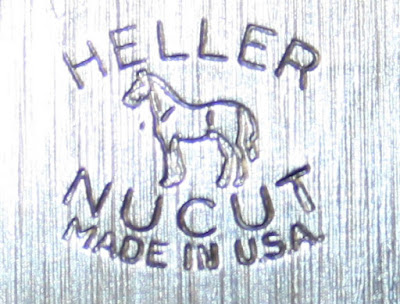 Thanks for the comment! Do you have a picture?

There are a number of them on Ebay, at very little money.

I recently bought a Heller "Masterench" from a vendor at the Old Thresher's Reunion in Mount Pleasant, Iowa for a few dollars. I don't remember exactly, but under $10.

The wrench is in perfect condition, no rust pitting or wear at all. Except for age petina it's like new.

I was tempted to toss it into the toolbox on my tractor and use for rusted and worn fasteners but decided to put on the shelf with other old and unusual tools for display.

It appears to be a useful tool, but probably not any better than the trusty old Vice-Grips made by the Peterson company years later.

It would probably do well in either job! but I like to look at old tools too.

Found a heller brothers odd looking tool if I send picture can you help?

My grandfatherosclerosis and four great uncles worked in the Newcomerstown plant. I have many of these tools, masterwrenches, rasps, files, nail pullers and cutters, for awhile they made Stanley Tools when the Stanley plant would strike. Great site. I also have a few group employee photoso taken in frono of the plant.

Please send any pictures you'd like to gerald#vanwyngaarden.ca and I'll post them. I'd love to see that oidd looking tool.

Hi ! I have a 1903 farrier's knife. Anyone interested ? johncshea@hotmail.com