I recently picked up this Globemaster drafting set. The compass is not badly made, certainly compared to the awful, stamped out versions that are sold in student's geometry sets today.  Still, "Made by skilled European craftsman" is a stretch.  Hughes-Owens it ain't. 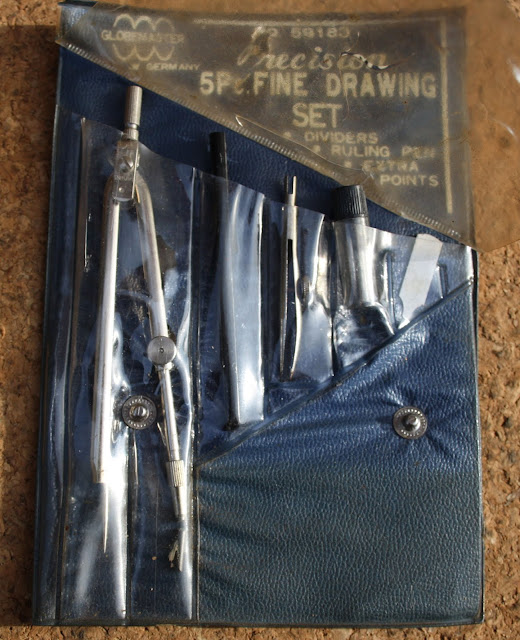 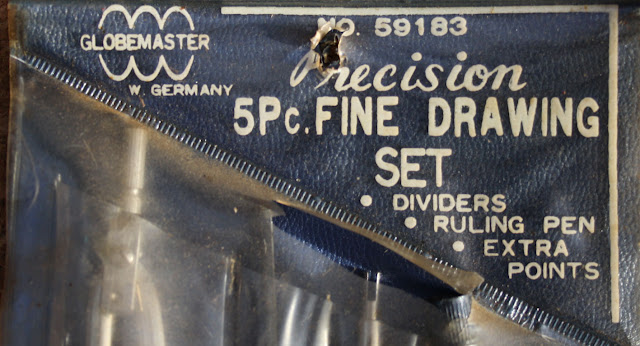 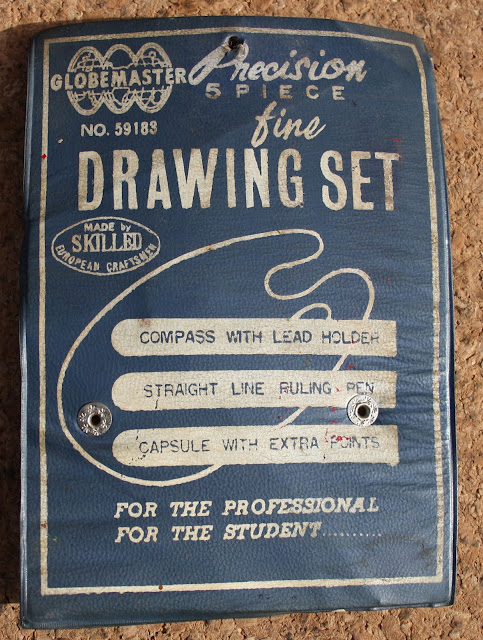 Below, a deep socket, made in Taiwan: 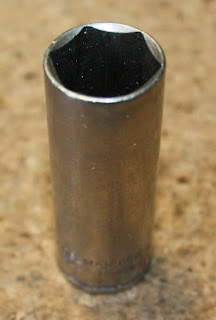 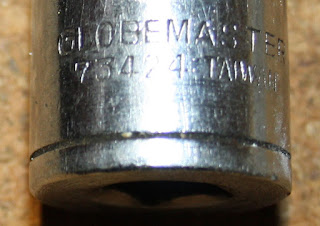 Globemaster seems to have been the European equivalent of the American "Oxwall" or the Canadian "Ardex."  It may even have been an American firm, given that the name is English (i.e., not "GlobeMeister" or "GlobeMaître").  I can't find any information on where it was headquartered, but it was clearly a distributor rather than a manufacturer.  If you google the name, you can find tools under this brand name made in Germany, the U.S., Japan, Spain, Italy and even Sheffield, England. Below, some examples gleaned from the web: 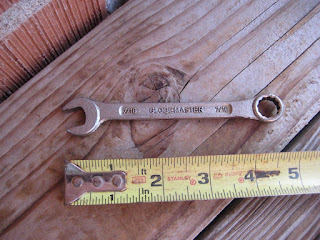 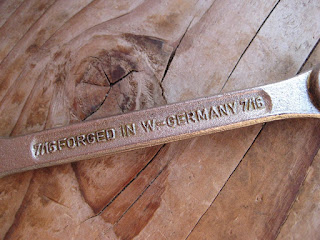 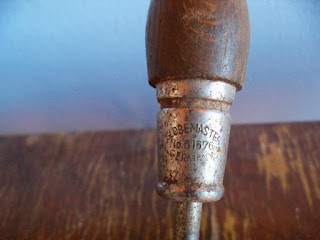 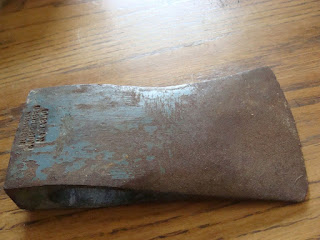 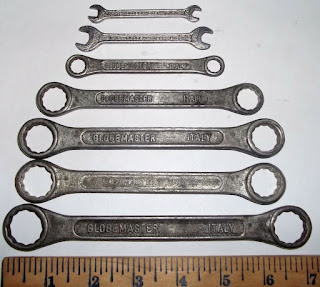 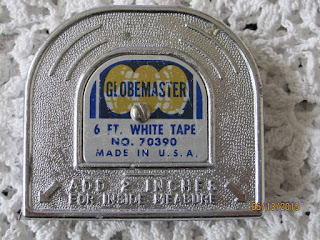 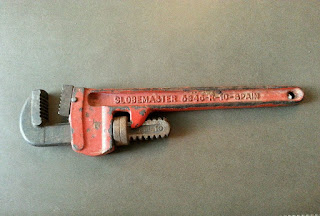 The handle above is from a pair of made-in-Sheffield pliers sold under this brand name.  Interestingly, it's the same pattern as I've encountered on another pair of Sheffield-made pliers without this brand.  (See Pliers Feature.) I haven't been able to track down the actual manufacturer.

Tool pundits are not kind to the brand.  Said one commentator, "Globemaster was another of the cheapest of the cheap 'tool barrel' assortment of screwdrivers, pliers, wrenches, and whatever other shoddy merchandise that could be sold for 99 cents." Ouch! Still, from the examples I've encountered online, it looks like at least some of their tools were reasonably well made, perhaps depending on the manufacturer contracted to produce the item.

It was a US company started in Minneapolis Minnesota by three businessmen. Offices were opened in Atlanta, Georgia in 1961, Houston, Texas in 1967. One of the first importers of tools from the far East. Hand and electric tools were of very high quality for it's time.
M<y father started as an accountant, customer relations, then oversaw the building of and operations of their branch offices and distribution centers. I still have some historic newspaper photos from the Atlanta, Georgia building.
My Globemaster electric drill lasted over 50 years! I still have many hand tools and a shouvel

I have a Globemaster tool & die set and a oil can. Container is made of plastic and has the logo on it. Still works just fine both items. I'm sure back in the day my grandpa didn't spend a bunch on tools. Seeing as by 1960 they had 4 young children.

In Houston around 1970, I was one of their contract IT staff for some time. They were importers of often questionable quality tools and had traveling salespersons who would set up tables at auto parts stores or wherever they could with tools marked at various priced like 99, 1.99, etc. I imagine places like HF and Northern Tools were too much competition.

Globemaster was my saviour, for inexpensive model airplane and starter motorcycle tools in the mid 60s. They were sold at powers Market & General store in Imperial Beach California. I don't know if I still have any buried anywhere. Low quality at times, but they save the day for. I eventually became a professional aircraft mechanic and I'm more familiar with Snap-On, Mac and Craftsman these days, but I got my start with Globemaster.

I've still got a globe master vice n tools I've collected over the years. Lol I still use the little vice at times.

Can you send a picture to Gerald@vanwyngaarden.ca? One of my vices is vises! :-)