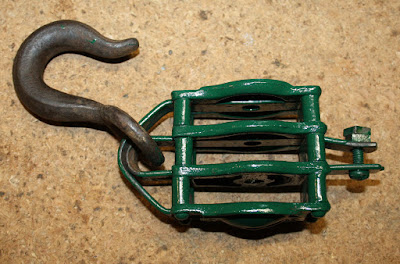 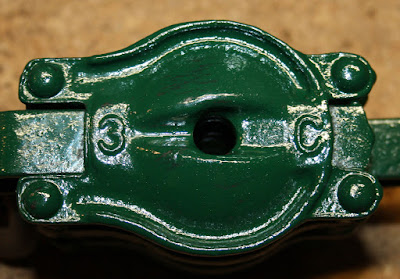 I've cleaned up and painted this old triple pulley block.  No maker's mark. The sheaves are interesting:  each contains 5 slotted rollers connected by spacers and which run on a ridge around the inside of the bore: 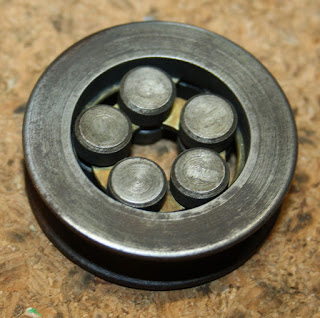 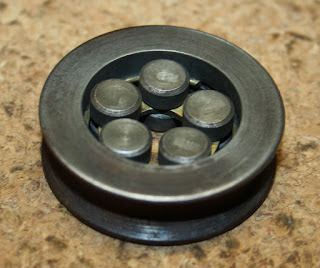 They were full of hard, dried grease.  Unfortunately, one sheave is missing so I had to turn a new one up on the lathe.  I'm not skilled enough to make the bearings, so I just bored the sheave with shoulder to take a regular sealed ball bearing: 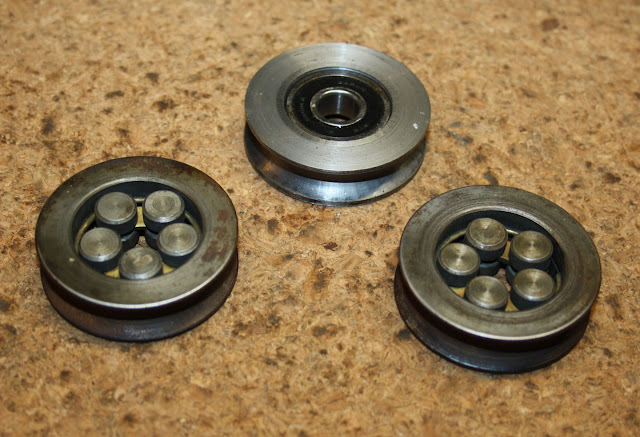 Below, installed in the pulley block: 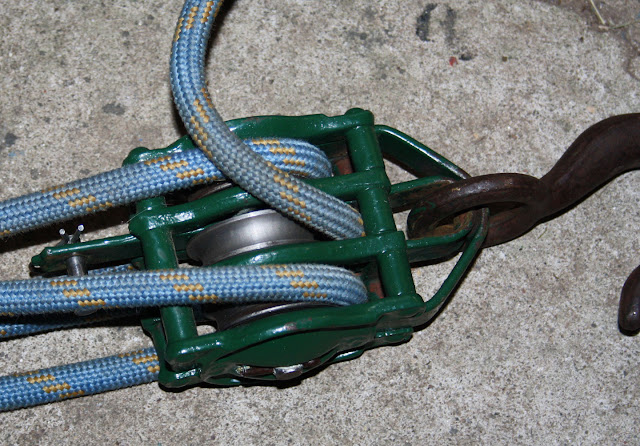 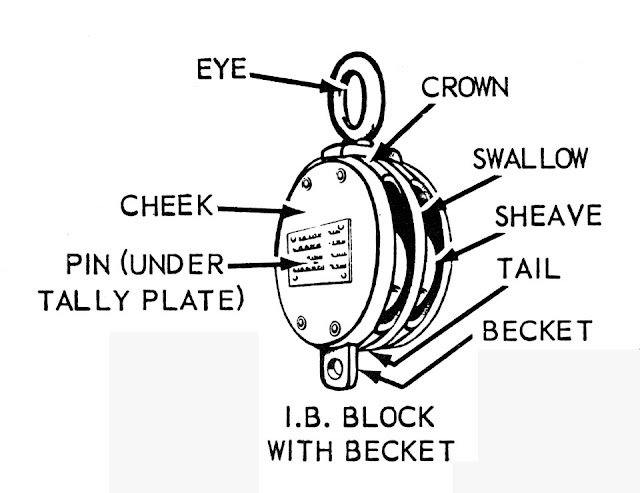 My double block was missing a becket and thimble, so I added them.

Usually, both the stationary and moving blocks have the same number of sheaves.  The most common exception is called a "luff": 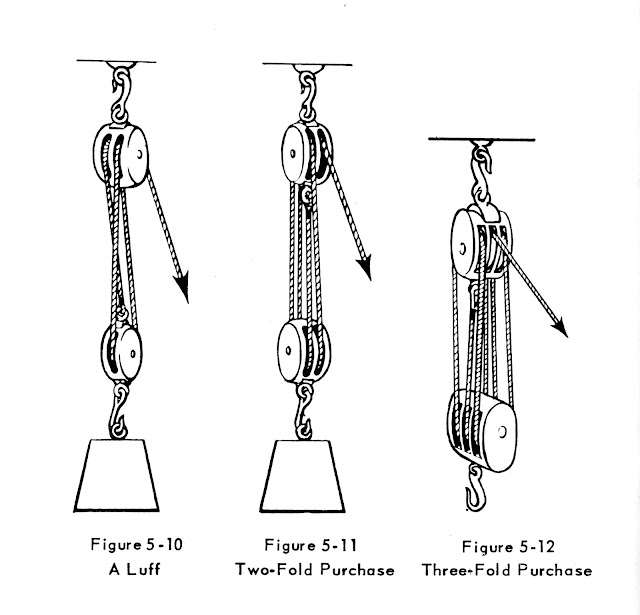 Threading the rope (technically "reeving") was something of a challenge.  Since you pull in the opposite direction to the movement of the load, it's also referred to as "rove to disadvantage." Below, how to reeve a two-fold purchase and a three-fold purchase: 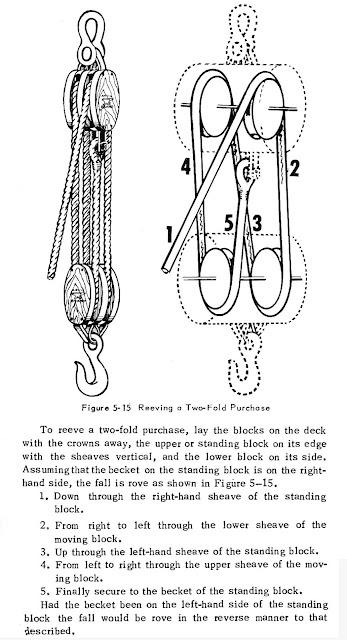 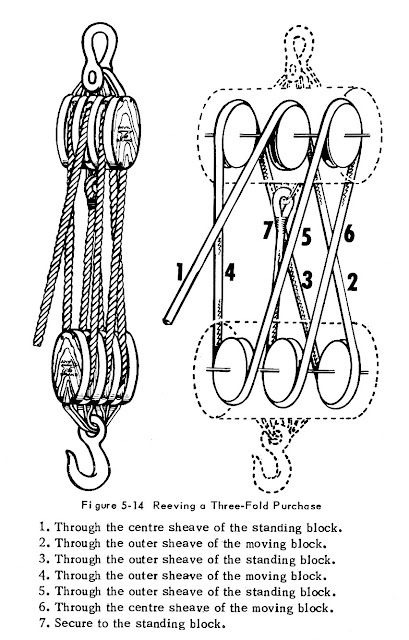 A combination of a triple-block and double-block is referred to as a "double luff" or "gyn" tackle.  That's what I made.  Reeving it is somewhat different.  Below, from Global Security:


Double luff tackle. Obtain a double- and a triple-sheave block. Place the blocks 3 feet apart with the hooks or straps facing outboard and position the blocks so that one is face down and the other cheek down. When reeving a tackle that has one block with more sheaves than the other, always start with the block with the most sheaves. In this instance, start reeving through the center sheave, keeping the line parallel. Never cross from one side to the other. Double luff tackle has a 5 to 1 mechanical advantage.

Pulley blocks aren't used much anymore, since they're complicated, create friction with every sheave added, and have largely been supplanted by geared hoists.  Still, they're very cool.

Anyway, my final product. I hope I managed to reeve it correctly.  I tied the rope to the thimble with a bow line knot.  I'm looking forward to trying the tackle out!

Nice work. Did the sheave with the new bearings cause any noticeable side loading?

Hey thanks this helped a lot