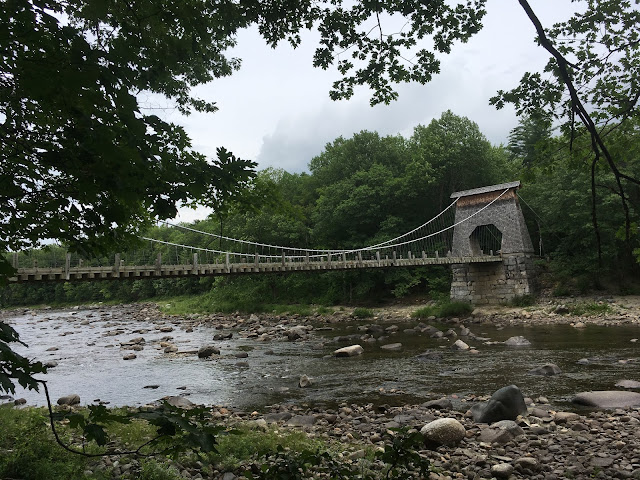 Apparently there are two stories of when this bridge was built. One says 1840-42, the other later, 1860-62.  It is the only one remaining of four that were built in the area around the same time. Suspension bridges were not new, they had been built in various locations in the world before the turn of the 19th century.


Its span is a healthy 190 feet but only one lane wide. One car at a time please, as the bridge flexes considerably with the weight of a vehicle. Although it has been refurbished several times, the wooden towers and main 4 inch diameter steel wires are still original. 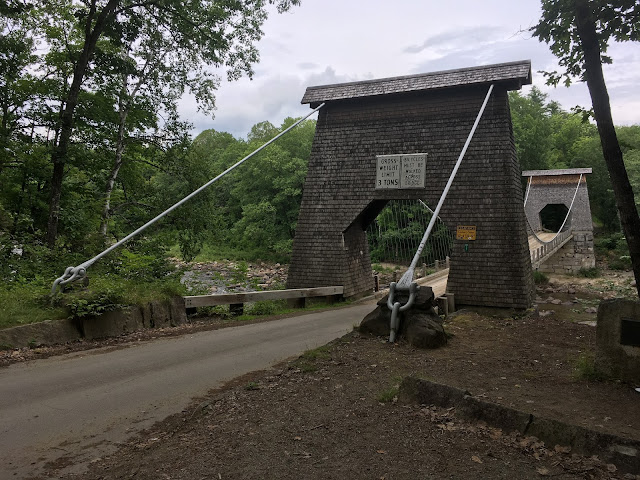 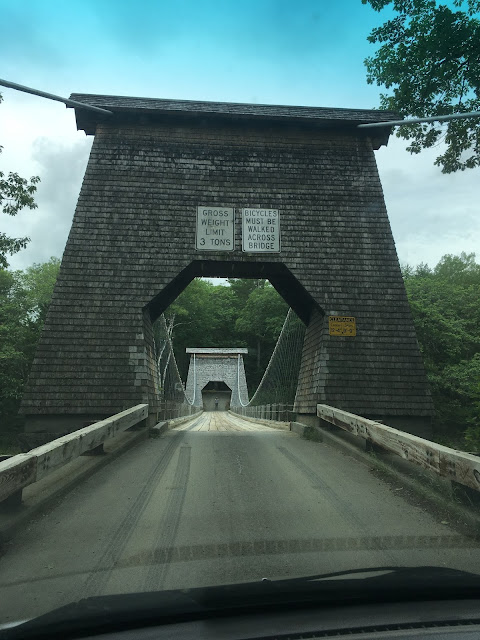 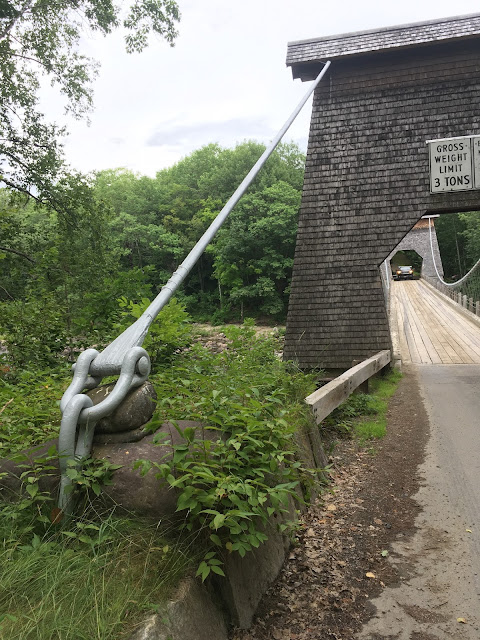