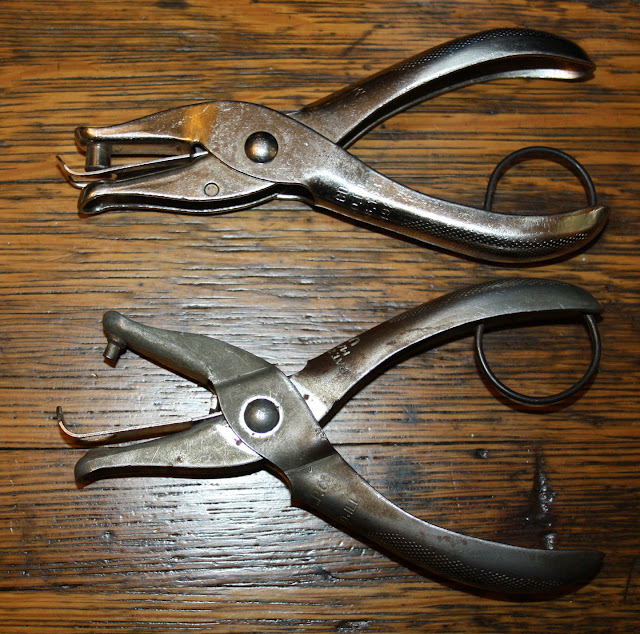 The biggest difference between the two tools is the diameter of the punch, which is much smaller in the older one: 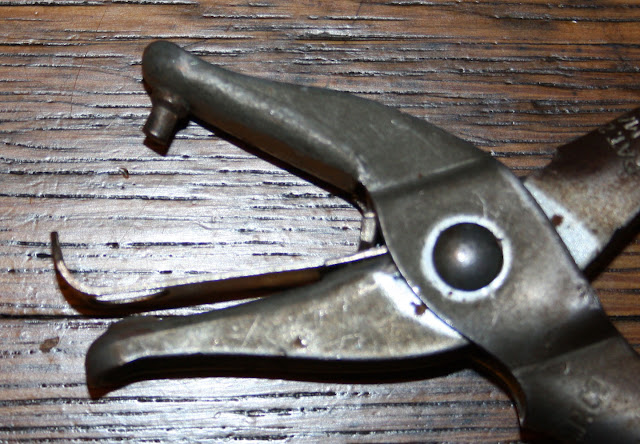 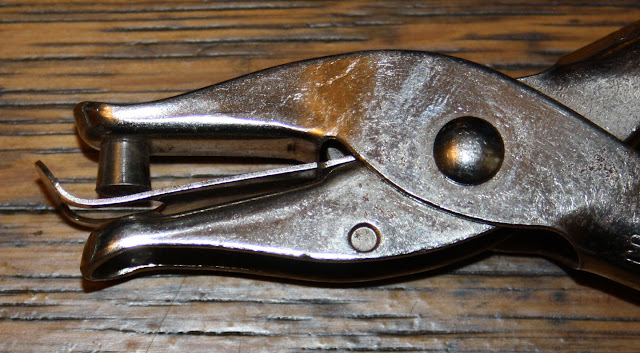 In the patent description for the earlier punch, the inventor emphasized that his design related "particularly to the form of hand punch which is used by conductors, waiters, card players and others, for punching holes of various sizes and shapes in tickets, score cards, paper and other materials."  I'd be interested in learning how waiters used these devices.  By 1956, however, the punch was now just being used as we use it today, to punch holes in paper in preparation for putting the paper into a binder.  For this purpose, the holes had gotten bigger.

According to Naked Binder Blog,

Loose-leaf paper was patented in 1854. Also in 1854, patents were filed for both the 2-ring and 3-ring binders by Henry T. Sisson of Providence, Rhode Island. Sisson recognized the need to be able to protect pages, although he was not yet exactly sure how to fix the problem.  No loose-leaf binders were available on the market at that time.

Fast forward a few years and go to Germany where Friedrich Soennecken is said to have invented ring binders in 1886 in Bonn, Germany. He also registered a patent on November 14, 1886, for his Papierlocher für Sammelmappen (“paper hole maker for folders”, or hole punch).

The American Friese patent mentioned earlier predates Soennecken's by almost twenty years!  Maybe that's why we don't refer to them today as Papierlocher für Sammelmappen.  Good thing.
Posted by The Duke at 4:46 PM