I bought a box of assorted junk at a yard sale on Saturday.  Included among the stuff was the peculiar item above.  Pulling on it, it extends to almost twice its compressed length, and a smaller diameter cylinder emerges from the business end:

Extended, it also reveals its maker:

The end of the tool includes the hollow cylinder with what appears to be a brass rod inside: 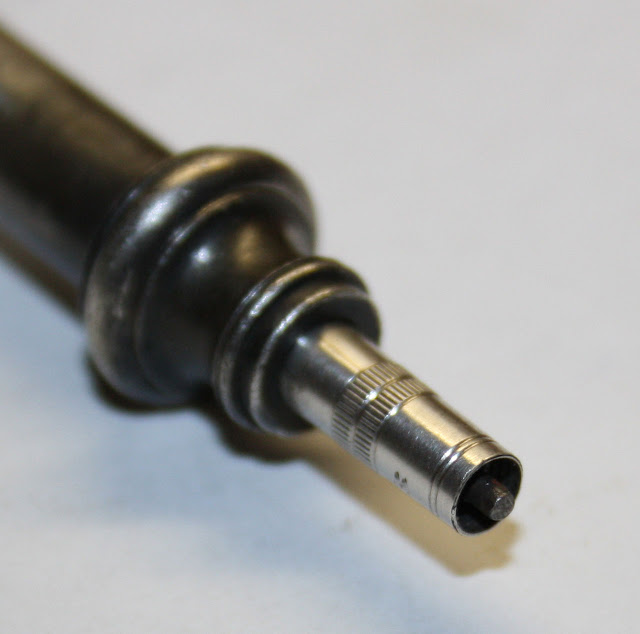 The Gorham Manufacturing Company of Providence, Rhode Island was one of America's oldest silversmiths, dating back to 1831.  By the end of that century, it had grown into a huge company with a massive factory:

It's heyday was between 1850 and 1940. In 1967 it was bought by Textron, of all companies, and its ownership has passed through a number of hands since.  The factory itself was abandoned by Textron in 1992, and razed in 1997.  (For this story, go to Gorham Silver. For more information on the firm, read From Silver Spoons to Shell Casings.)

Anyway, the tool, if that's what it is, is certainly a mystery.
Posted by The Duke at 9:32 AM