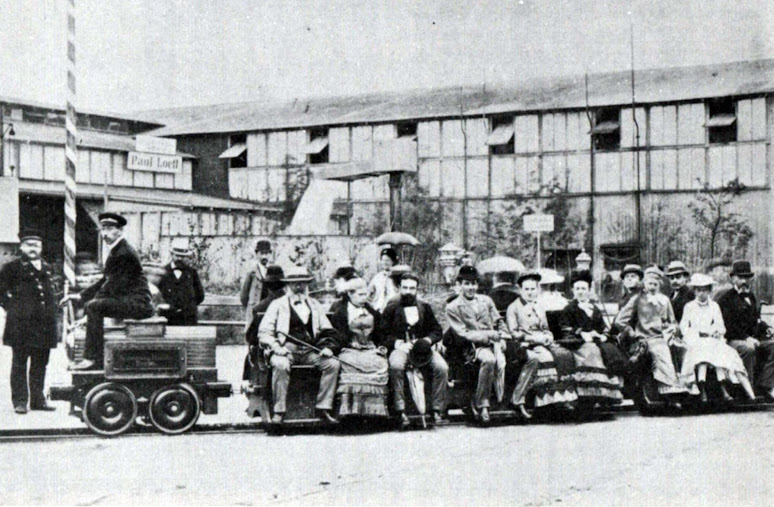 The 1897 Berlin Industrial Exhibition was the stage for the introduction of Werner Siemen's project. He had placed a dynamo on its side in a cart and geared it to wheels to run on a narrow gauge track. 150 volts was supplied from an exposed third rail and the little locomotive could pull three cars of six people each at a speed of 8 mph.  For all intents and purposes, this was the first practical electric locomotive built.

80,000 people had a ride during the time the exhibition was on but although adults could be warned off from the power rail, it was more difficult with children and animals. Despite the danger, it was popular enough that other demonstration lines were set up in Frankfort, Dusseldorf and Brussels. In 1881 a commercial line was set up near Berlin using a converted horsecar. Although voltage had been reduced to 100, passersby complained of electrical shocks as they crossed the street, especially when it was raining. Powered rails rails were not the answer but it was a start! 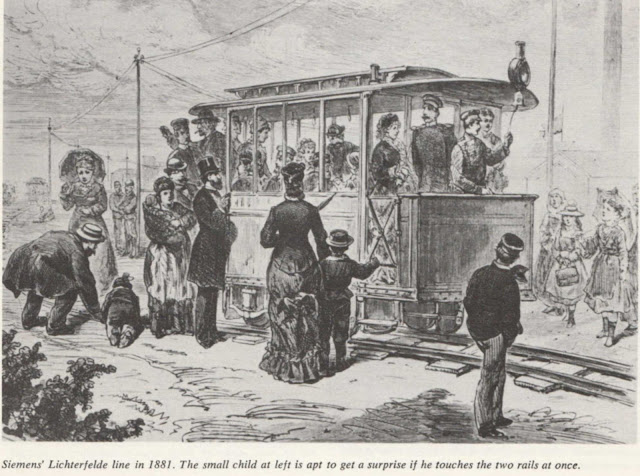