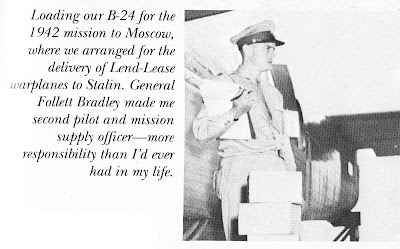 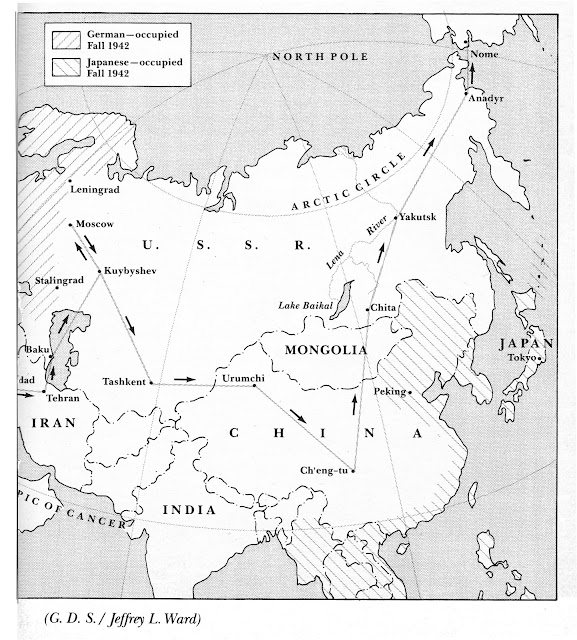 In the summer of 1942, Thomas J. Watson Jr. accompanied General Follett Bradley (head of the U.S. First Air Force) to Moscow in a B-24 to sort out delivery of P-39 and P-40 fighters and A-20 light bombers.  The map above shows the route they took.  They were one of the few American military crews permitted to fly eastward across Siberia during the war, so Bradley named the B-24 "Muscovite."  The B-24 got left behind in Yakutsk with mechanical problems caused by the cold.  By the end of the war, nearly 8000 U.S. aircraft (including only one B-24!) were sent to Russia along the Alsib (Alaska-Siberia) ferry route.  Watson is the son of the founder of IBM.  From his fascinating book, Father, Son & Co.  My Life at IBM and Beyond (Bantam, 1990).
Posted by The Duke at 9:37 AM