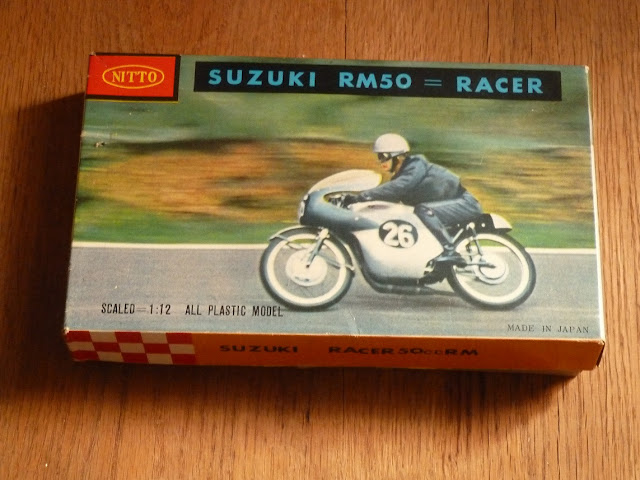 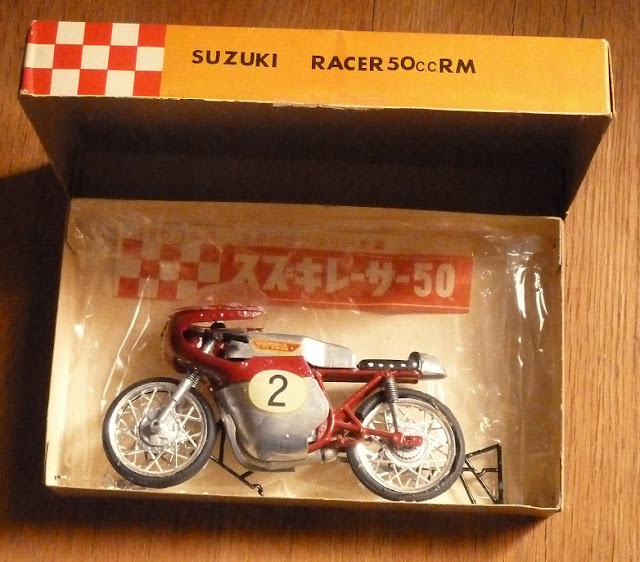 A vintage (and I suspect quite rare) model kit of an early Suzuki 50cc roadracer. I don't know why the builder painted it red instead of the blue it was supposed to be.
Cycle World magazine tested a later model of the bike in May 1965 as the MR41 production racer. I'm not sure it actually made it to production but it's pretty cool. It also bears no relation to the late seventies Suzuki RM50 dirtbike. 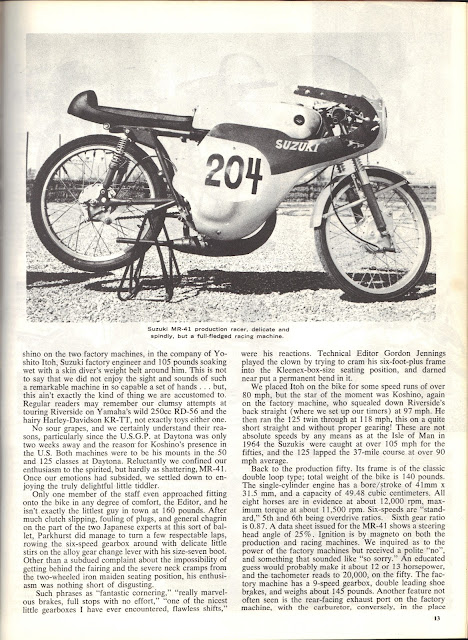 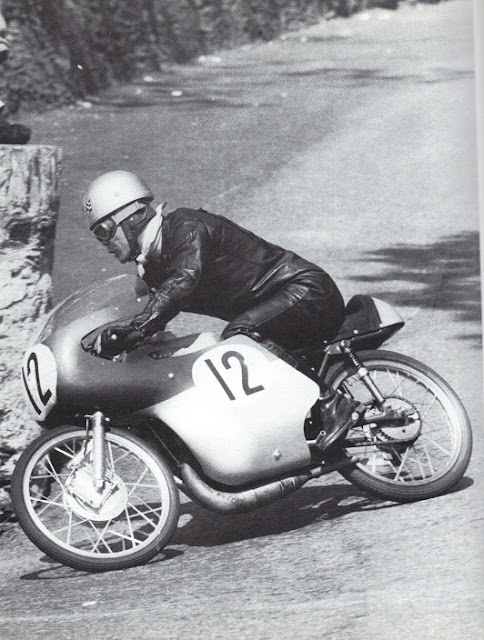 And again, this time in Roy Bacon's book, Suzuki Two Strokes and called an RM62.
Posted by Mister G at 11:07 AM