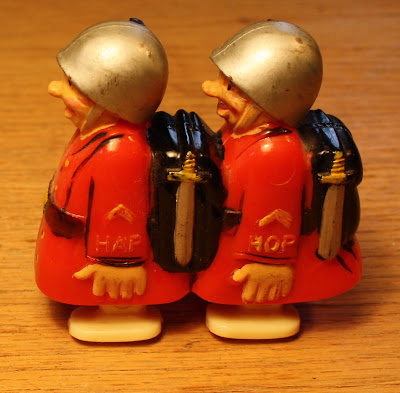 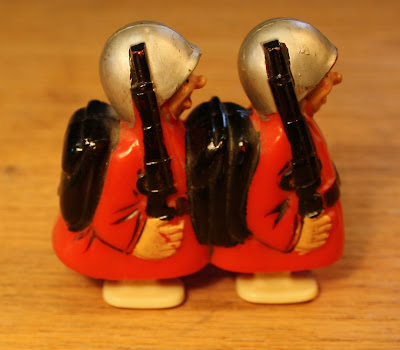 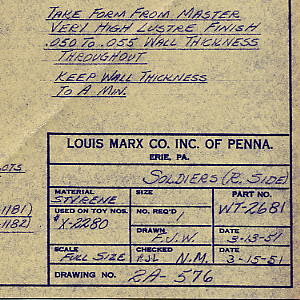 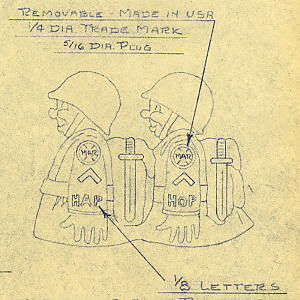 This is a brilliant "ramp walker" toy designed in 1951 and produced by the Louis Marx Company of Erie, PA.  You put the toy on an incline, and the soldiers will march down it.  The company began in 1919 making replicas of two obsolete tin toys:  the Alabama Coon Jigger and Zippo the Climbing Monkey.  They went on to create a variety of toys along with the slogan, "One of the many Marx toys.  Have you all of them?"  In 1972, Marx sold his company to the Quaker Oats Company for $54 million ($288 Mil. in 2011 dollars) and retired at the age of 76.  Poor advertising, missing the boat around electronic toys, and a lousy economy led to declining profits and in 1976 Quaker Oats sold the company to a British conglomerate.  The whole enterprise subsequently failed a few years later.