The Supermarine Spitfire had its roots in the beautiful airplanes that Supermarine built to contest the Schneider Trophy competition after WW1. During the Second World War the concept of a Spitfire on floats came from the Norwegian campaign against the Germans where airfields were few, proposed again for a campaign in the Greek Islands and finally against the Japanese in the Pacific. A total of 5 were built, none saw action. 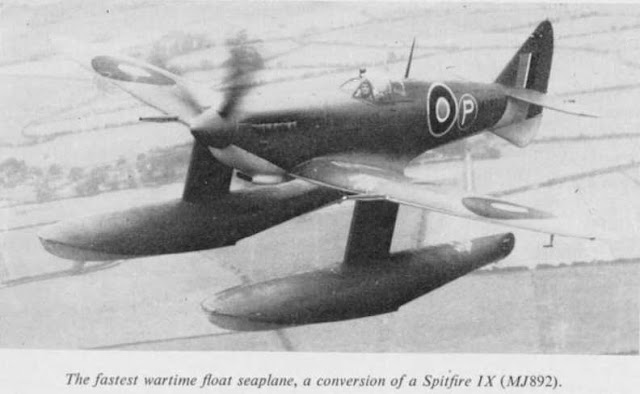 From The Supermarine S4-S6B, Profile Publications Ltd., Leatherhead, Surrey, no publication date
Posted by Mister G at 1:05 AM