Craig Vetter and his Mystery Ship 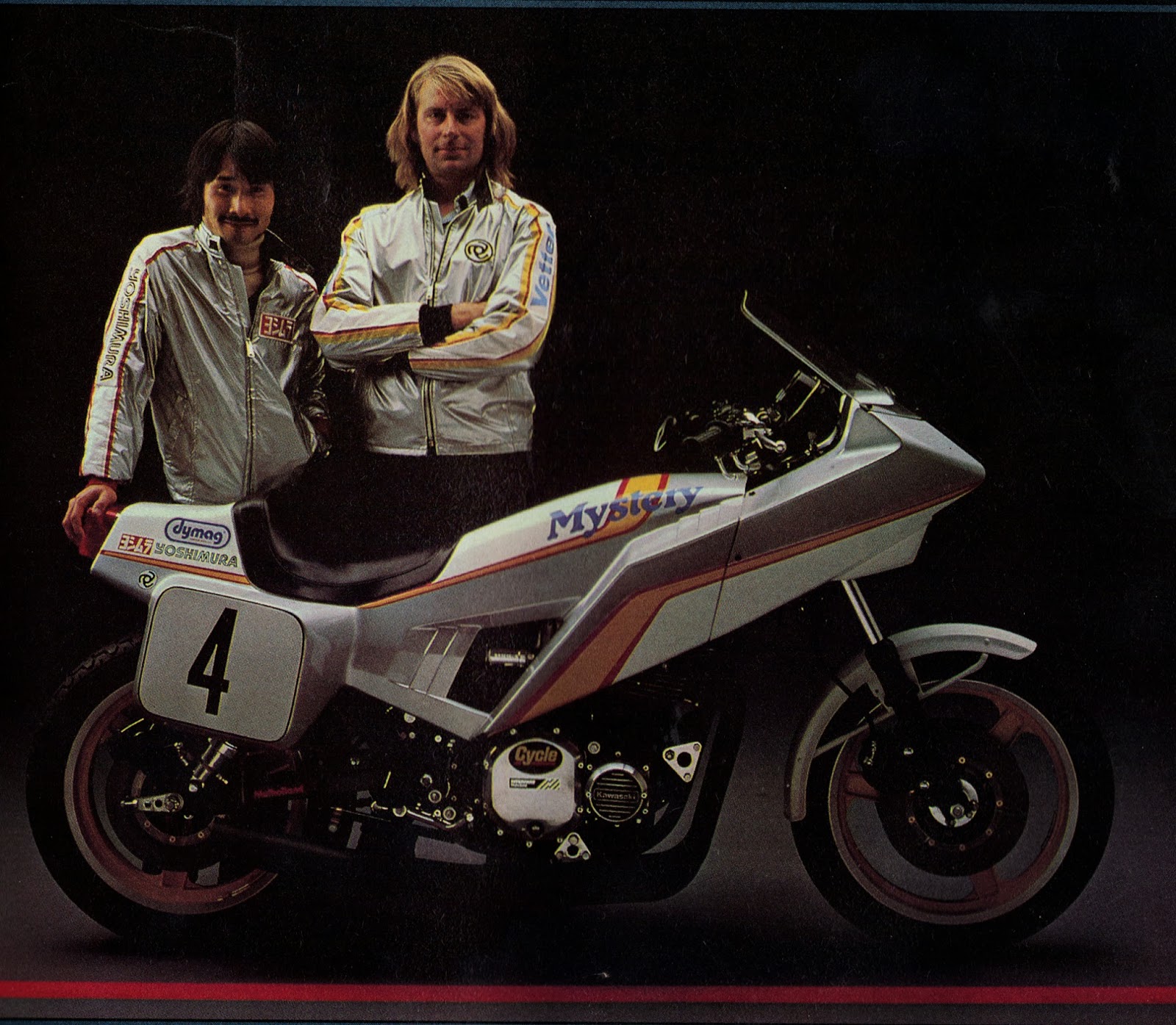 Fujio Yoshimura and Craig Vetter pose with the Kawasaki-powered Mystery Ship, Vetter's first bike since the Triumph Hurricane of the early seventies. It was a intended to be 200 unit limited production run, only 10 were made of which 7 were sold. Two are on display, one at the AMA Museum in Ohio, another at the Barber Museum in Alabama.
Posted by Mister G at 8:49 PM