Several years ago I picked up this axe head: 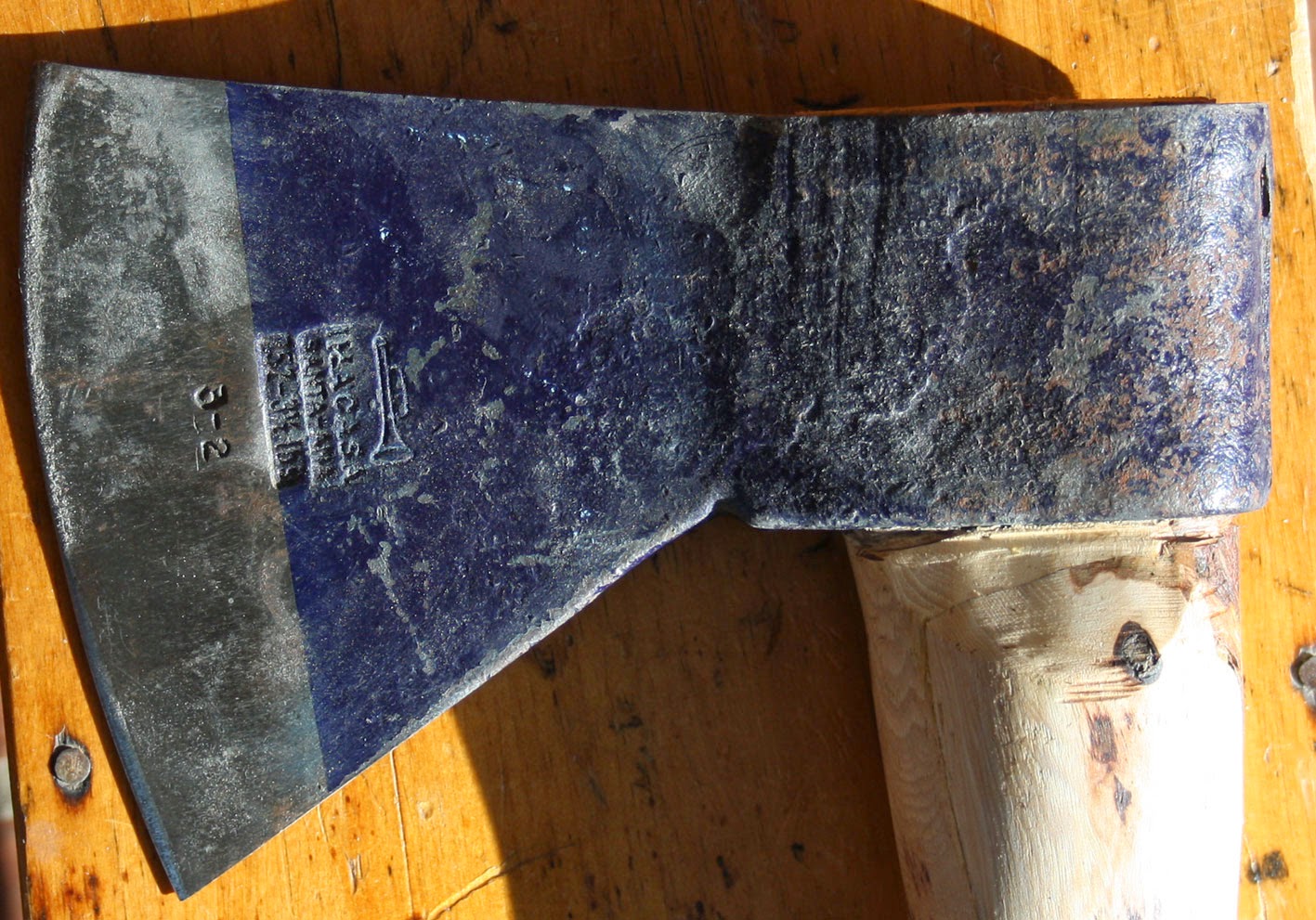 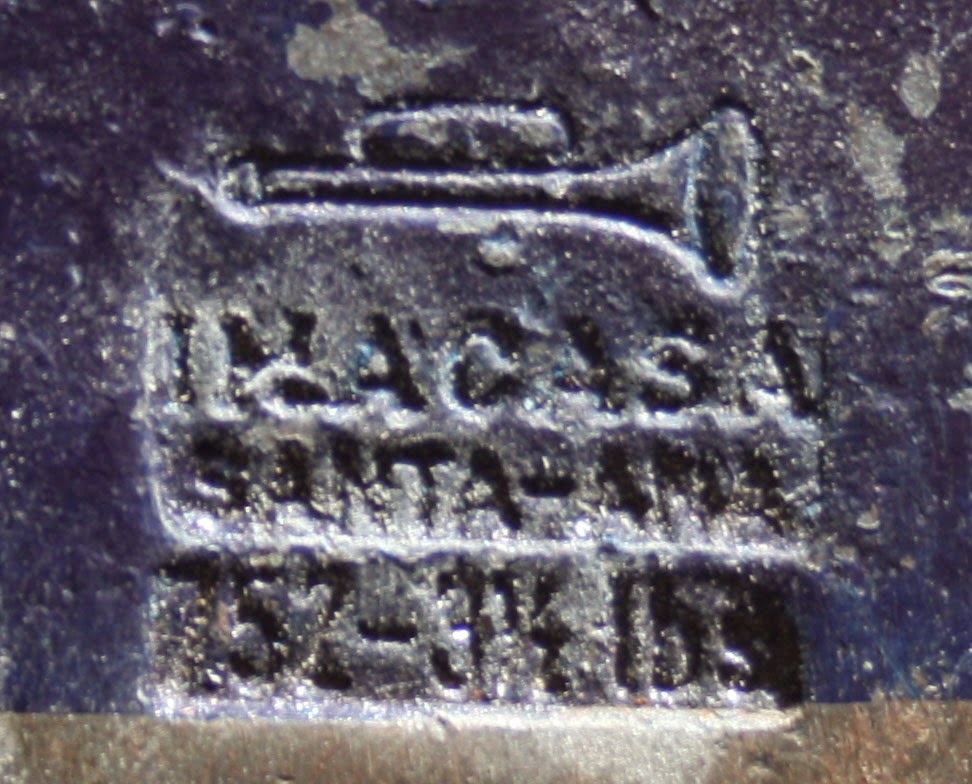 It was made in Santa Ana, El Salvador.  According to no less an authority than Eric Sloan, this is a German pattern, characterized by no poll and a very deep heel on the bit:


My axe head had a very large eye and I could not find a handle to fit it anywhere, so I recently made one myself out of a heavy hickory branch I had cut off one of my shagbark hickories several years ago.  Sloan points out that it used to be common for people to make their own axe handles, so much so that individuals frequently made patterns that they kept in the barn so that they could make replacement handles as necessary.  These patterns were so distinctive that you could identify a particular family from the handle, and the patterns were often passed down through generations.

Below, examples of either patterns or roughed in axe handles that I found after I bought a pile of scrap lumber that was being sold for firewood at an estate sale.   One is mahogany, the other oak, neither an ideal wood for such use: 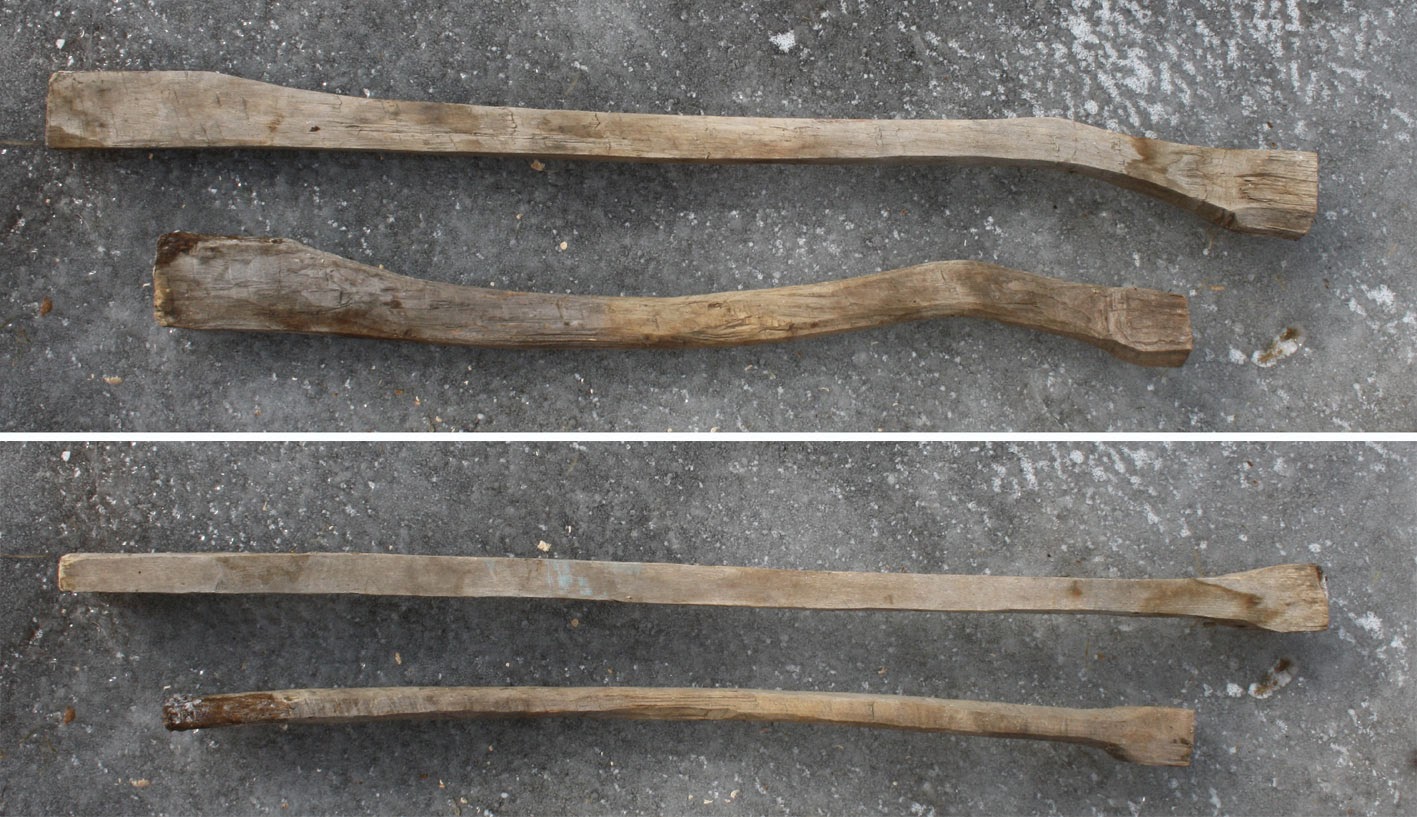 As for my axe head, the trumpet trademark belongs to the ancient Solingen, Germany firm of Gebruder Weyersberg, which is the subject of one of my earlier posts. 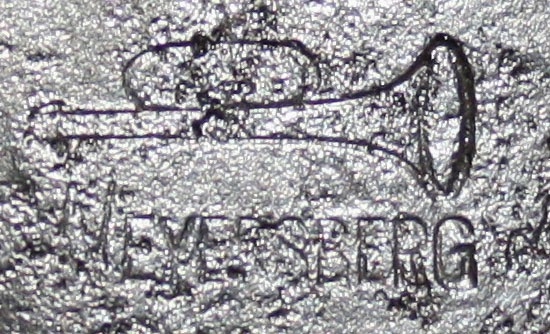 So what is a German trademark doing on an El Salvadoran axe head?

Imacasa was established in 1964 in Santa Ana, El Salvador.  Its founding shareholders were Gebr. Weyersberg and Deutsche Entwicklungsgesllschaft (SDR) of the Federal Republic of Germany, Luxembourg Investments Adela and an important group of Central American shareholders, mostly Salvadorans.  The company was equipped with state of the art German production equipment, and some of the local employees were sent for training to Solingen.  In the 1980's, Imasca's Central American operations were sold to local investors.  Imacasa is now one of the largest machete and shovel manufacturers in the world.  In 2004, they developed a separate line of tools and knives for the North American and European markets:  Condor Tool and Knife.

As far as I can determine, the company does not have any distributors in Canada, so how this axe head ended up here remains a mystery.  That's OK--I love oddball tools, so it will join my collection of axes and hatchets in my driveshed. 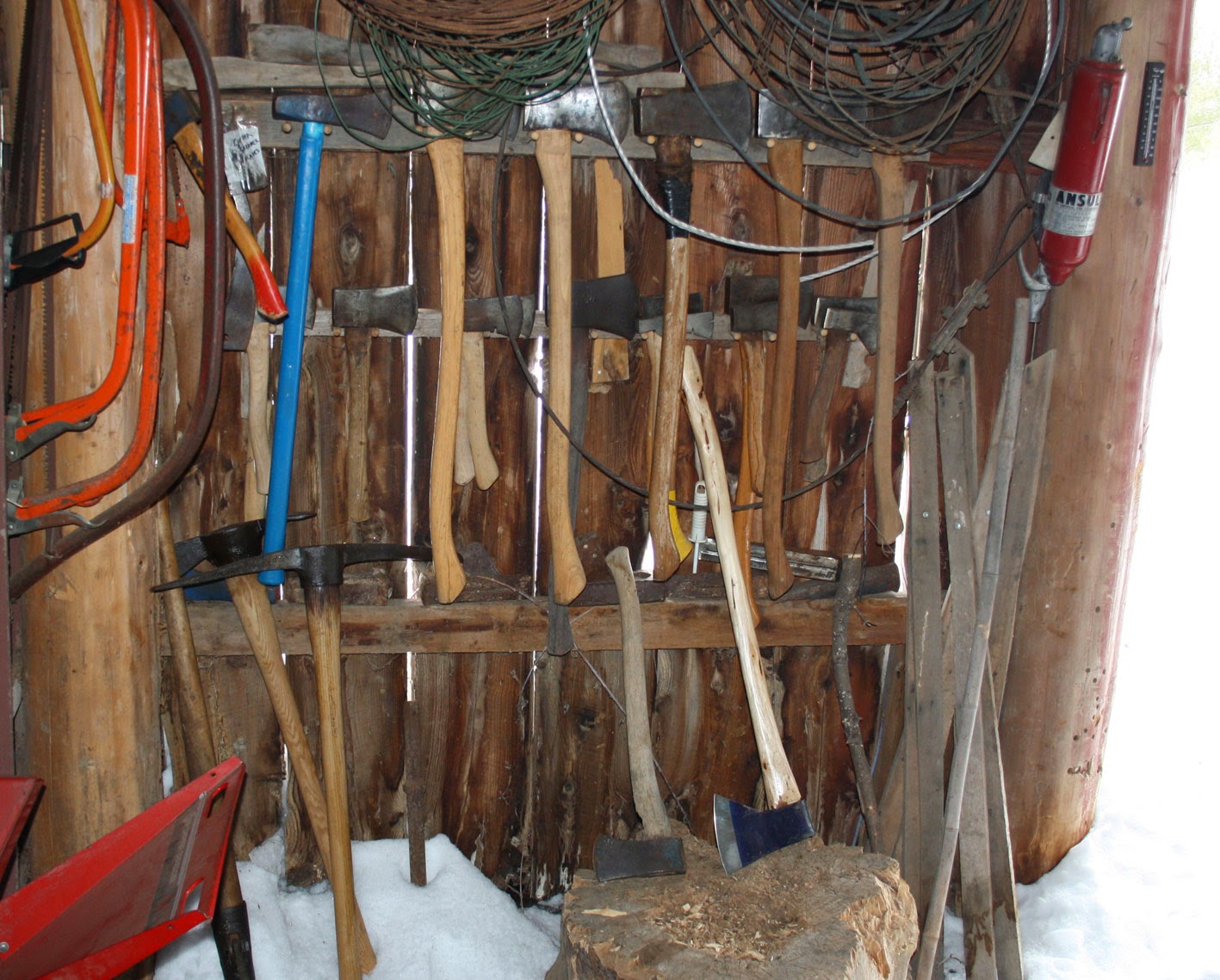 "There" own axe handles?

Oops! Thanks for noticing--I've corrected the spelling!

Hi, I found this same shape axe on my grand father shop. By my was made in Europe by Gebruder Weyersberg Solingen. Searching now for production date, as i thing it has to be made before WW2 as for historical reasons, newer coulnt be in possetion ofmy family. No also searching for handle shape. Nice to find your post 👍. Kind regards. Tomasz