Frontenac Ale, Beer of the Future 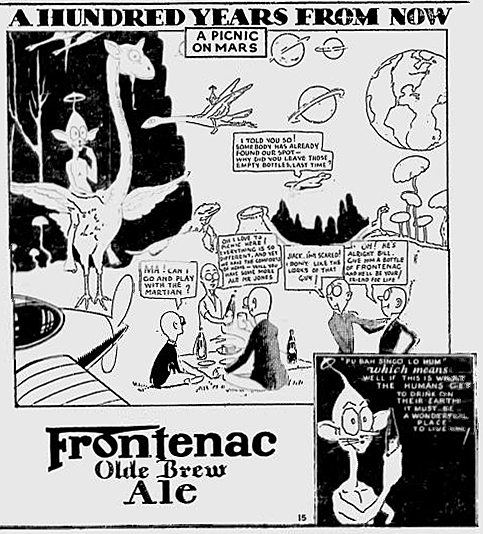 
Victim of a price war in the 20's, the Frontenac Brewery was purchased by the National Breweries in August 1926. In 1952 the name became Dow Breweries, changed to La Brasserie O'Keefe in 1967 to satisfy the Quebec language legislation. In 1989 O'Keefe was acquired by Molson and the Montreal plant shut down a few years later. 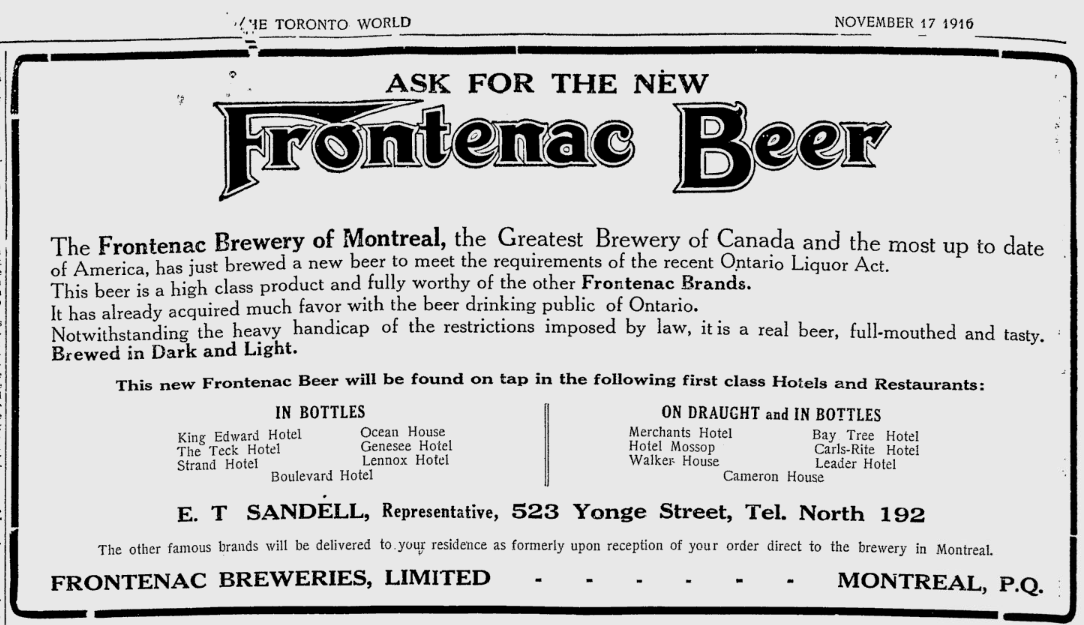