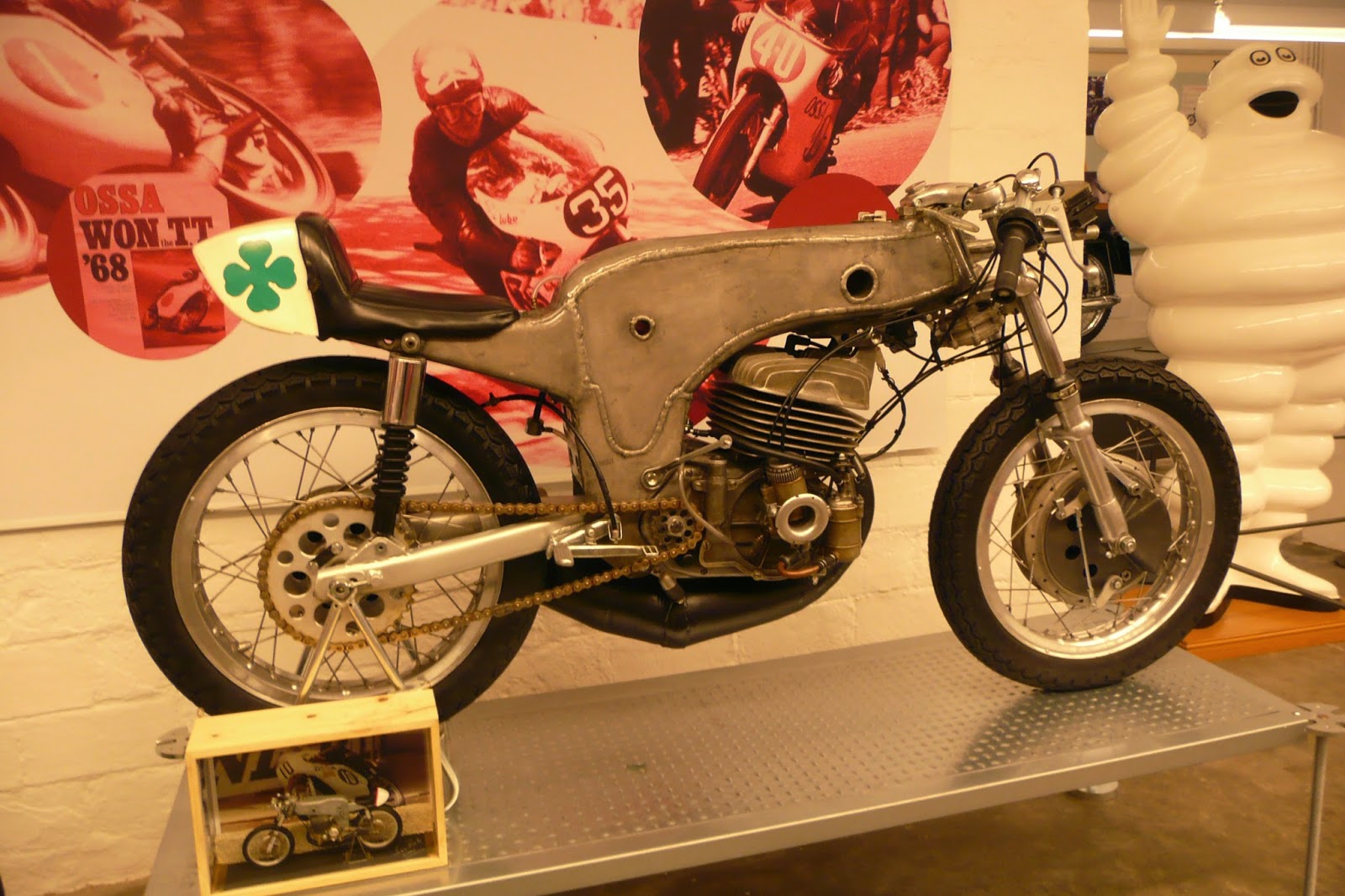 While Ossa was busy developing their off-road line in the mid-1960s, the son of the owner Eduardo Giró decided they should also go roadracing. He designed a simple 250 cc rotary disc two stroke single to compete against the might of the Japanese. It featured huge fin area for cooling, an enormous for-the-time 42mm Amal carb. Even the exhaust was oversize. This engine was installed in a welded aluminum monocoque chassis resulting in a lightweight racer that held it's own in 250 GP during 1968 and 1969 by which time the engine was producing 42 hp. In the hands of Santiago Herrero the bike managed 3 first places and several podiums in 1969 and they finished 3rd in the championship. The 1970 season got off to a great start but when Herrero crashed and was killed in the Isle of Man TT Ossa withdrew from racing. The motorcycle is currently on display in the Barcelona Motorcycle Museum. 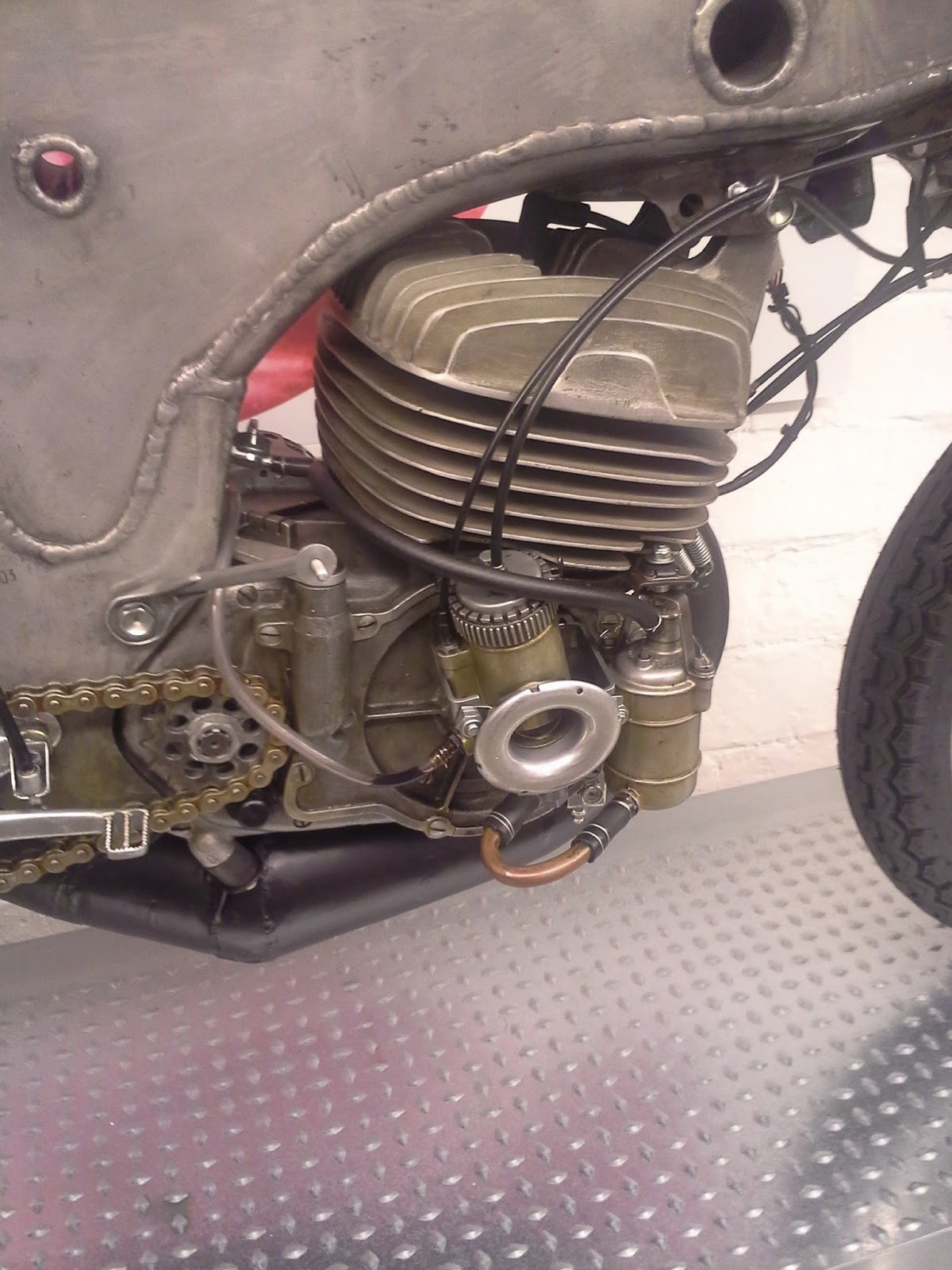 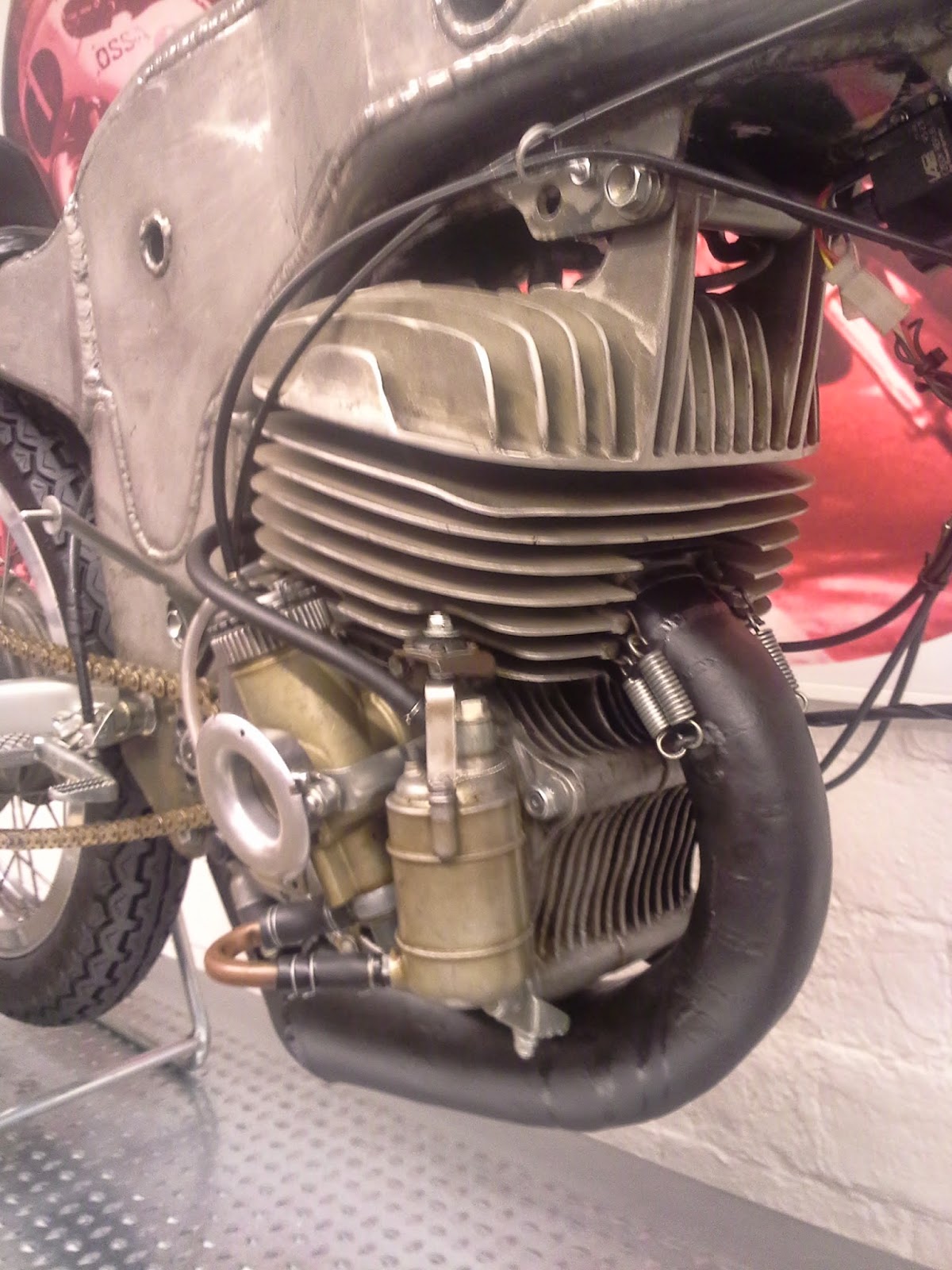 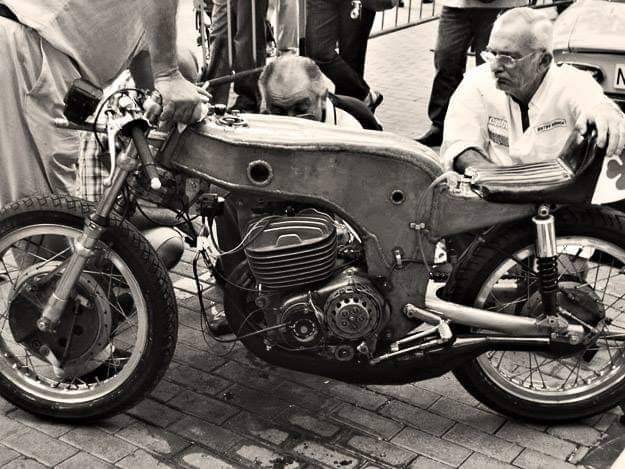 One wonders if Herrero hadn't died and won the championship in 1970, whether other manufacturers would have considered a monocoque chassis.

His death was catastrophic for the program and company.

Herrero was a David even amongst the privateers though he was a "factory" rider. The OSSA was the first (last?) successful monocoque GP motorcycle and the last successful single-cylinder GP race bike above 125cc. It was fantastic. We all hoped that if it were a winner, OSSA would find a way to make a production version for the street and one-up the Bultaco Metralla in every way. Didn't happen,sadly. I wish it had, though. Actually, someone should do that..