Although the only car in Teddy Roosevelt's 1905 inaugural parade had been a White steamer, President Taft was the president to introduce motorcars to the White House. This car (license number 1) was one of the fleet.
The two cylinder steam engine is located up front under the hood, the radiator was actually a steam condenser to conserve water and increase range, giving the car the appearance of a gas engined car. The boiler, actually a steam generator, was located under the floor between the wheels. White stopped building steam cars in 1910, and in 1918 got out of the car business to focus on trucks. 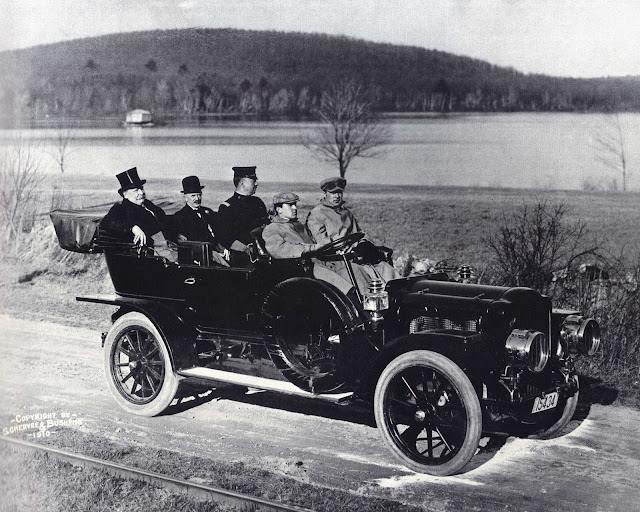 President Taft on a motor tour.
Posted by Mister G at 12:05 AM