As an inveterate frequenter of garage sales in farm country, I'm always keen on adding these items to my chain supplies that I keep near my tractor. If you go into the retail market today, so many of these heavy forgings originate in China now that it seemed appropriate to look at some of the old American makers whose names used to be more commonplace. 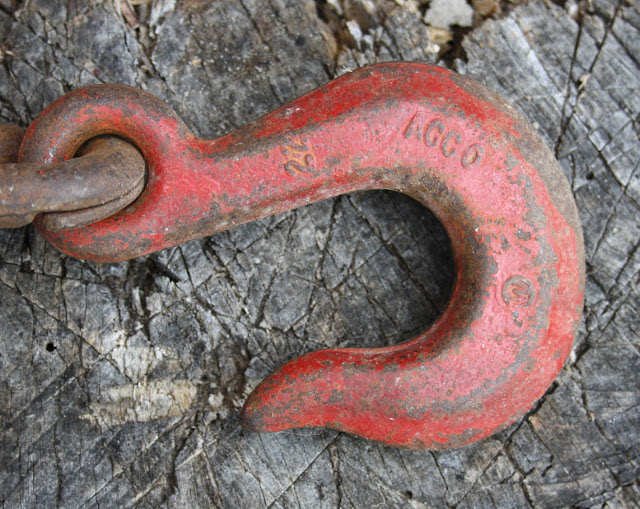 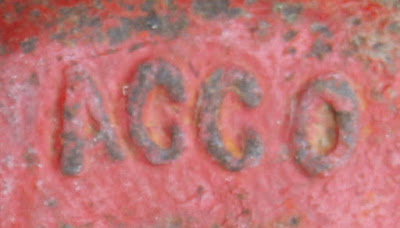 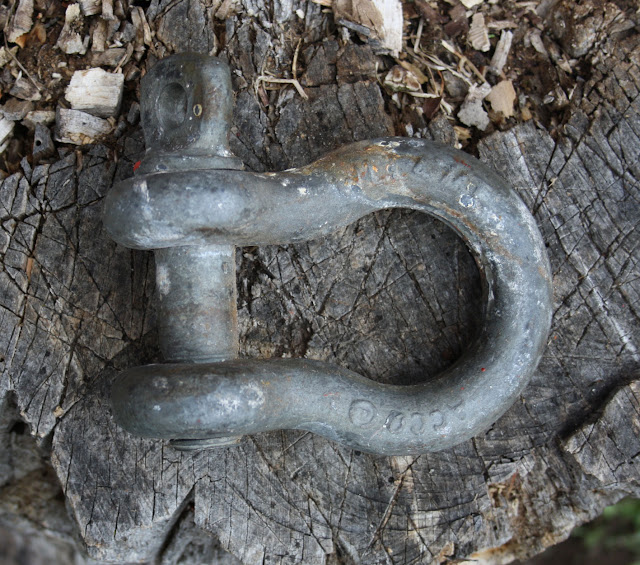 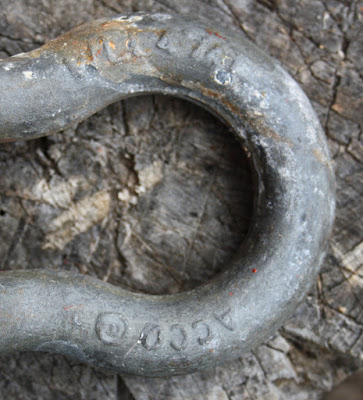 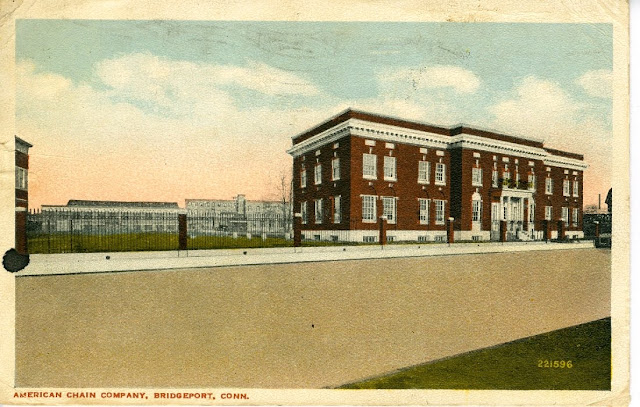 Forged on the coupling link below, "Hammerlok" is a trademark of Columbus-McKinnon, and is still available today.  The company itself dates back to 1875, and their website has a nice history page.The McKinnon Chain Company of St. Catharines, Ontario was founded in 1907, and merged with the Columbus Chain Company of Columbus, Ohio in 1917.  See my previous post on the McKinnon firm. 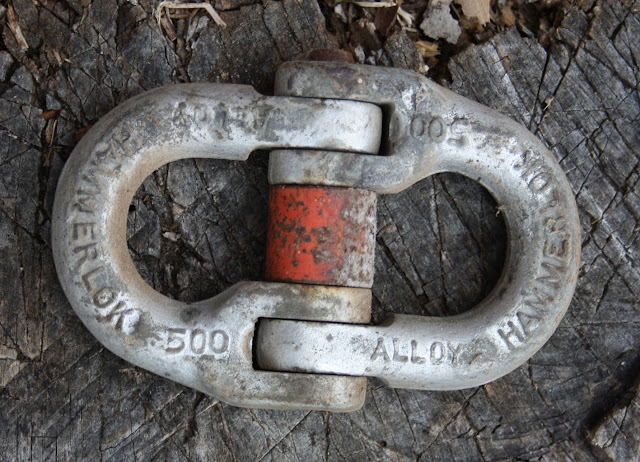 
Crosby defines itself as the world’s leading manufacturer for rigging, lifting, and material handling applications.  First launched in 1836 as Crosby-Laughlin, it became the Crosby Group in 1956, which includes brands such as Lebus (1941), McKissicks (1925), National (1954), Western (1883), and Bullard.  At some point, both ACCO and the Crosby Group became part of Melrose Industries PLC, which sold them in 2013 to KKR, a global investment firm.  Crosby is currently headquartered in Tulsa, Oklahoma. 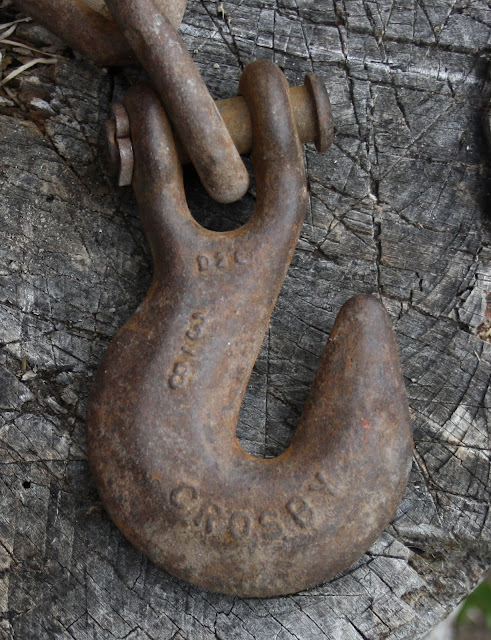 Dating back to 1908, Diamond passed out its founding family's hands in 1981, being sold to the Triangle Corporation (which also owned  Utica, Herbrand, and Bonney tools).  In turn, Triangle was swallowed by Cooper Industries, which already owned Crescent Tools, so the Diamond production was merged and the name was discontinued. 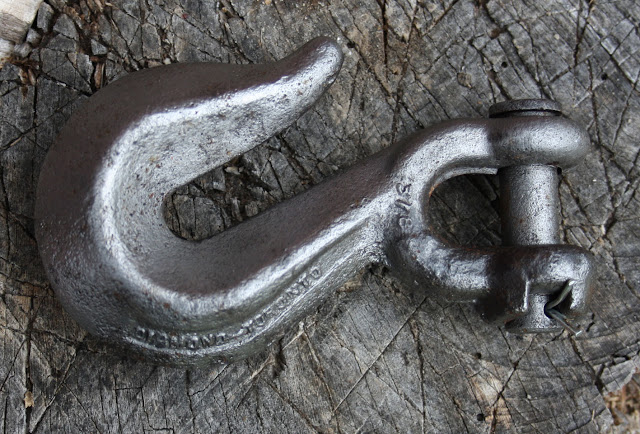 
V.S. Durbin Sr. founded the Evansville Malleable & Casting Company in Evansville, Indiana in the early years of the last century.  In 1913, he patented the "steam coupler."  Durbin & Company was formally established in 1938 by "Took" Durbin, V.S. Durbin's son, whose initial products were cast boiler heating equipment and malleable cast products.  In 1947, Durbin Durco was incorporated.  New patents and product lines were added and the company grew quickly so that by the 1970’s there were five plants in the USA. In 1976, “Took” Durbin died which eventually led to the demise of the company in 1992 and the sale of Durbin Durco’s assets, including its trade name. Today, it's successor is Durabilt out of Chicago and founded in 1994 by Thomas J. Durbin, 7th son of V.S. “Took” Durbin Jr., started Durabilt in St. Louis, MO. Durabilt’s first product was a load binder . 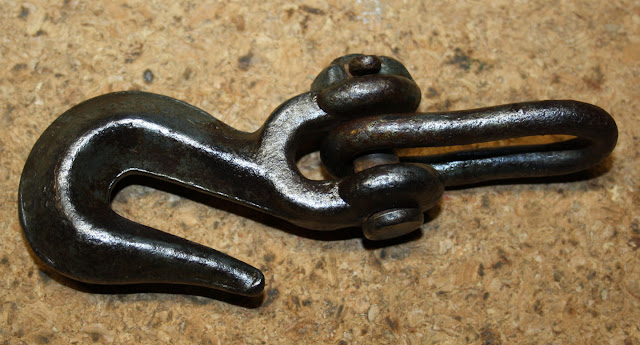 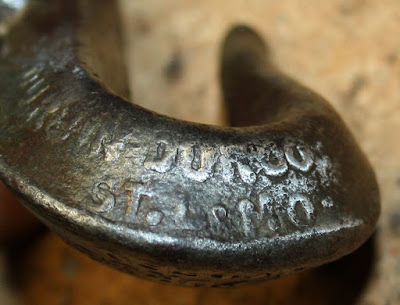 I don't know if this was a Jackson company out of Hamilton, Ontario, or a company named Jackson-Hamilton. 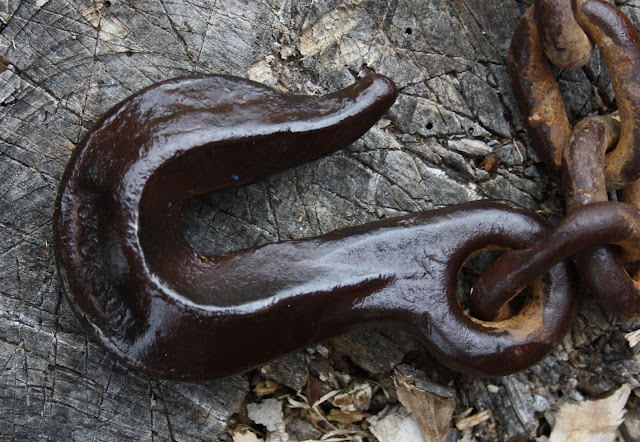 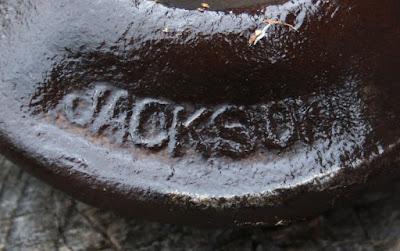 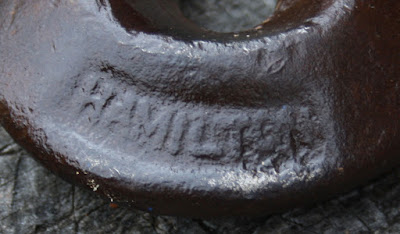 The only marking on this hook is an M.  No idea what it refers to. 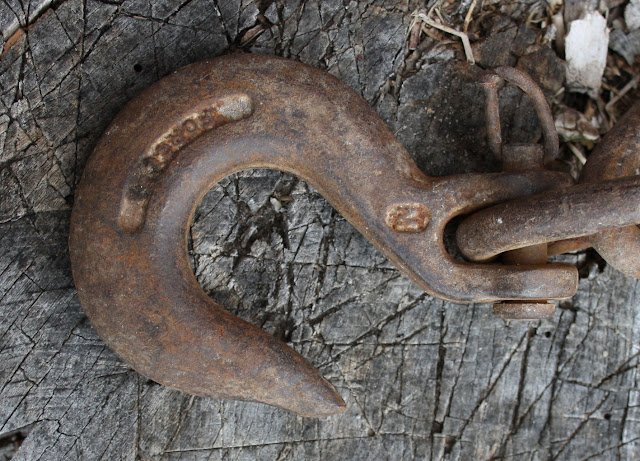 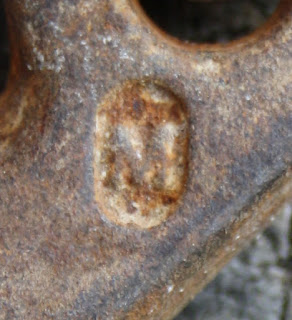 
There was a company called SWL Crane & Hoist Limited which was founded in 1987 but is now part of The Dressor Group out of Milton, Ontario.  However, the chain hook below looks much older than this to me.  Perhaps the SWL stamped on it refers to Safe Working Load (SWL), sometimes stated as the Normal Working Load (NWL).  This is the force that a piece of lifting equipment, lifting device or accessory can safely use to lift, suspend or lower a mass without fear of breaking. Usually marked on the equipment by the manufacturer and is often 1/5 of the Minimum Breaking Strength (MBS) although other fractions may be used such as 1/4, 1/6 and 1/10. 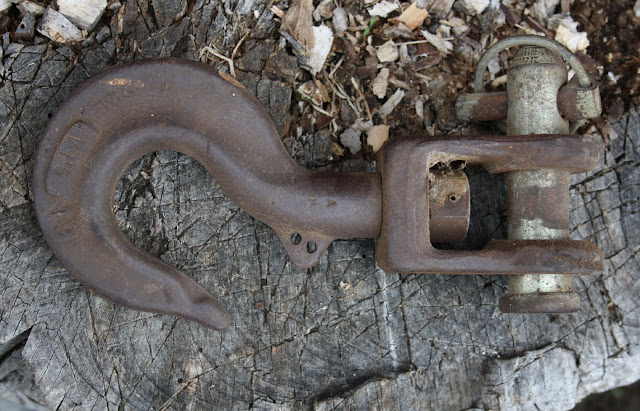 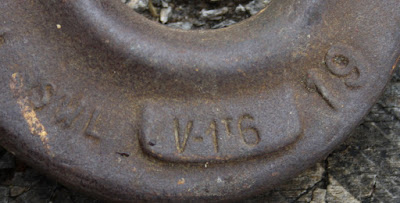 
The Yale Lock Manufacturing Co. of Stamford, Connecticut was founded  in 1868 by Linus Yale, Jr., the inventor of the pin tumbler lock, and Henry R. Towne.  In 1897, it became the Yale & Towne Manufacturing Co. and Stanford became known as the "Lock City." After World War II, Yale and Towne began pulling out of Stamford, finally selling its plant in 1955 and closing it down for good in 1959.

Today, the company continues to make locks it is headquartered out of Berlin, Connecticut and has been owned by the Swedish Assa Abloy conglomerate since 2000.

For a history of the Canadian side of the company, see my previous post. 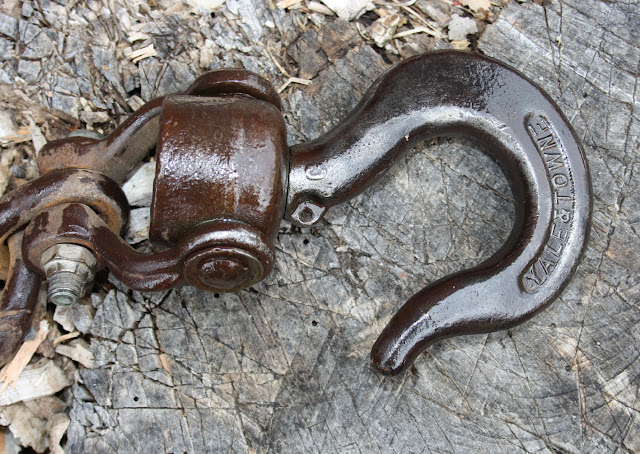 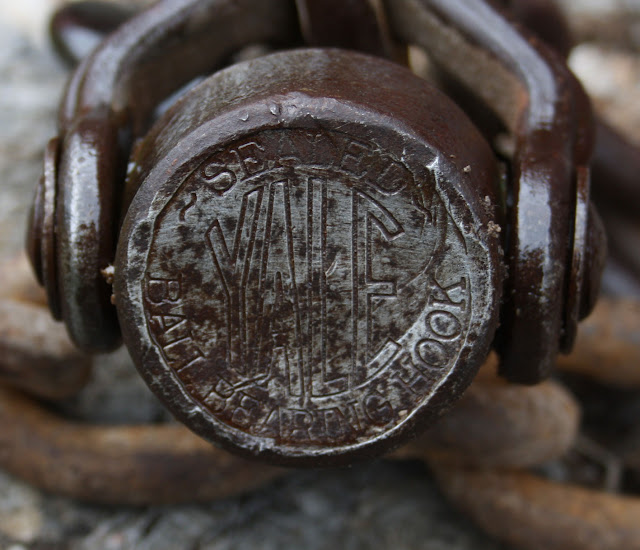