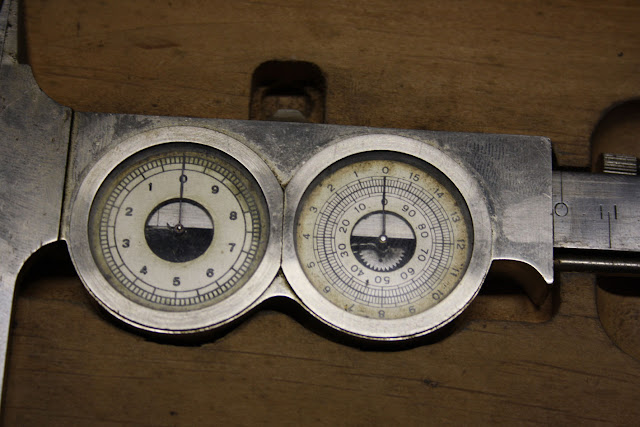 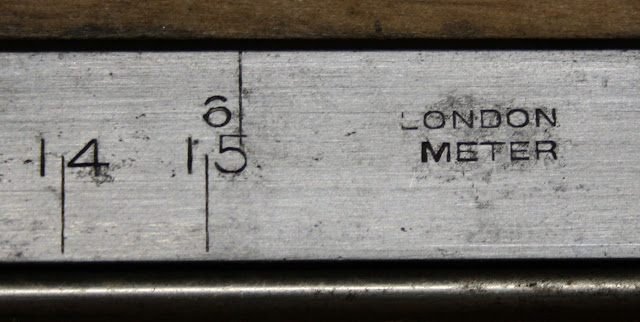 The bar itself is marked in inches (top) and millimeters (bottom). It has a threaded hole for a locking screw, but that sadly is missing. Below, the dial readings from measuring an object 0.787 inches (as indicated on my trusty Mitutoyo digital mike): 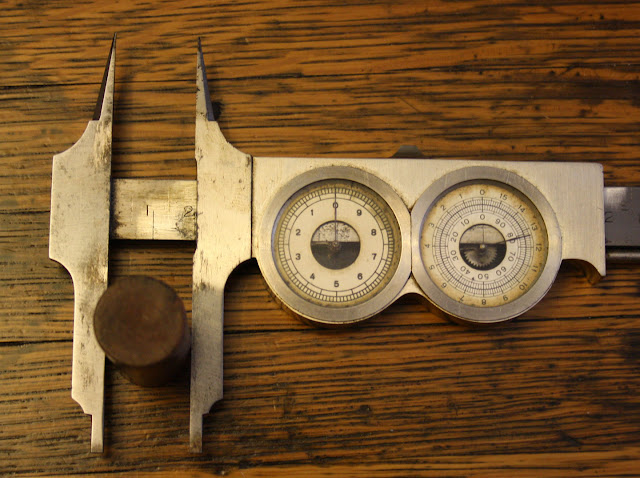 The left-hand dial is metric, and reaches zero every 5 millimeters. The right-hand dial measures in thousandths of an inch and turns zero for every inch of advancement. 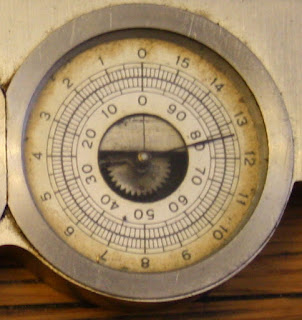 Years ago, I found someone advertising precision measuring instruments on Kijiji, but located far away on the other side of Toronto (or "Trawna" as we prefer to pronounce it).  As it happened, I seemed to be the only person who emailed him with interest in the tools.  Also, as it happened, he was going to be coming to Kingston for conference.  He was a member of the clergy, and the tools had belonged to his father, a machinist who had emigrated from Britain to Canada bringing his tools with him. The seller was anxious that they find their way into the hands of someone who would appreciate them.  I subsequently met him at the Kingston hotel where he was staying and we had a very nice chat.  His price was quite reasonable and I ended up buying all of the tools, which included the one above.

It's a beautiful tool, which I don't use so much as admire.  It's clearly quite old.  If you google "London Meter" you come up with a small handful of measuring tools with this name.  Below, an example from ebay: 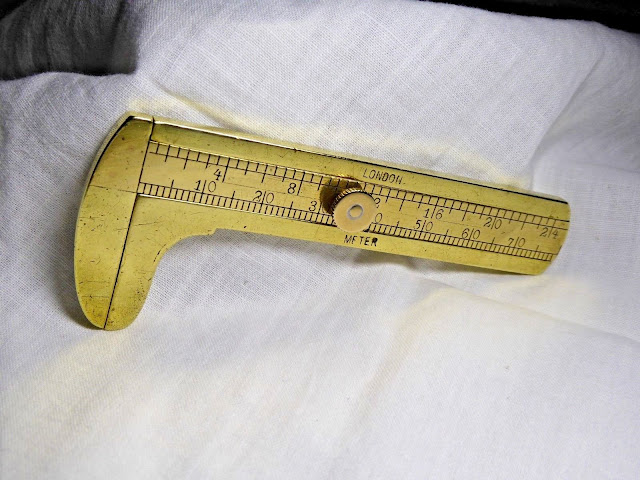 I don't know if the company was "London Meter", or simply "Meter" out of London or something else entirely.  I noticed that one google hit involved an old British company, Griffin & George Limited, whose incorporation dates back to 1889 and which apparently continued trading until around 1973.  The company was a manufacturer and supplier of "science teaching apparatus" which doesn't quite fit the vernier, but who knows?

Update; Another one of these dual dial calipers has appeared, this time in Holland. There must be information on these interesting calipers somewhere! 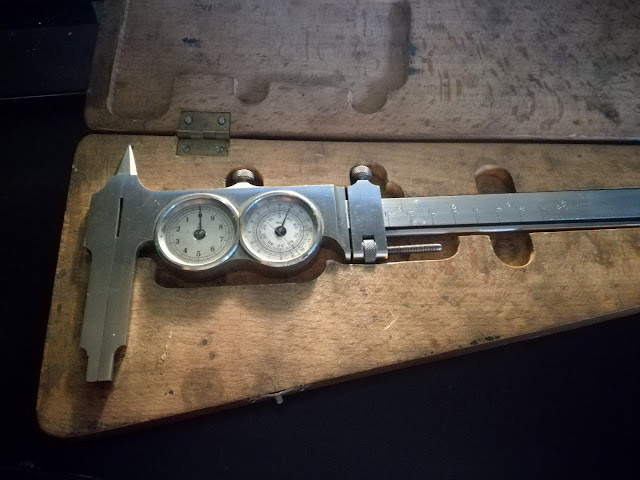