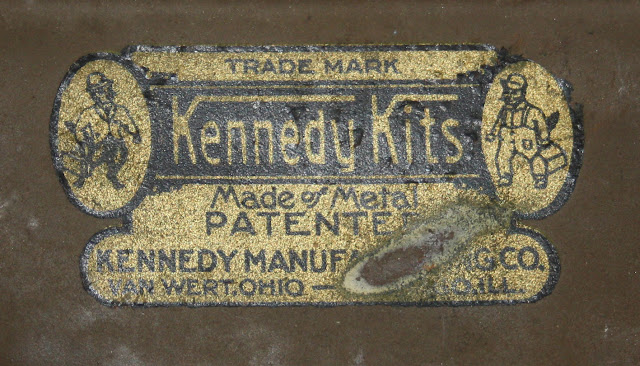 The top label is on one small too box in my shop.  I had featured it on a previous post.

Serendipitously, I recently came across the ads below: 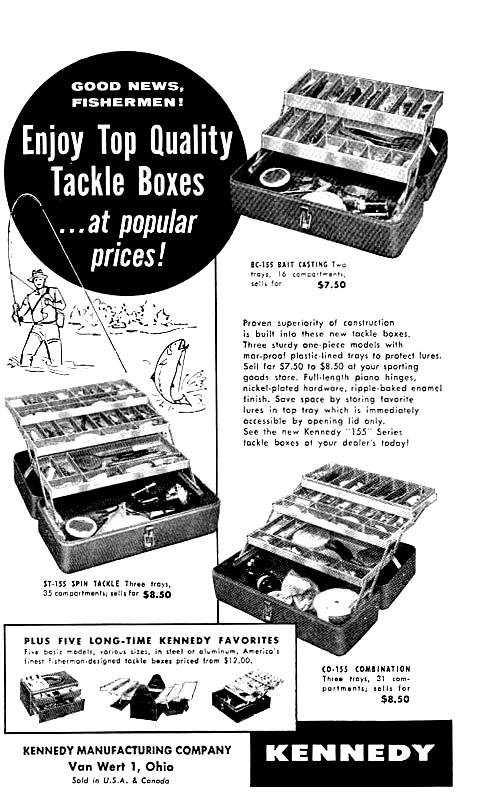 Kennedy Manufacturing was founded in 1911 in Ft. Wayne, Indiana by Howard & Charles Kennedy. Production was moved to Van Wert, Ohio in 1914. 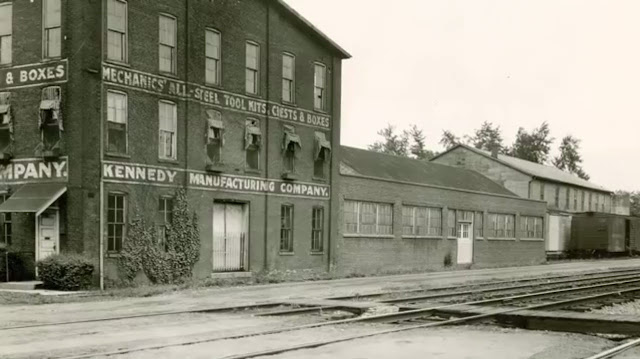 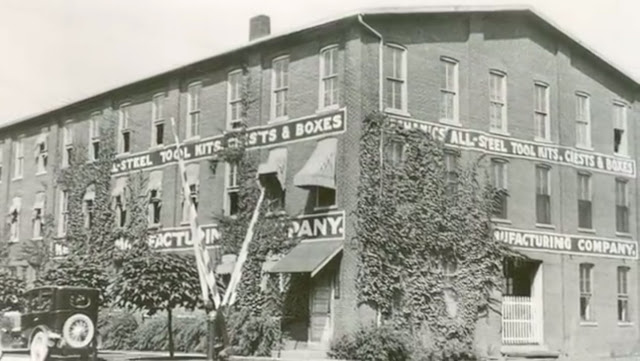 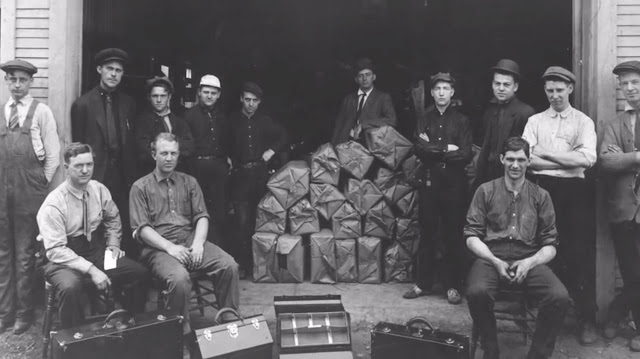 The company soldiered on through the last century, developing the first roller cabinet in the 1940's.  It was hit hard by the tough manufacturing economy, global competition and correspondingly tighter requirements with its bankers, and Kennedy filed for bankruptcy protection in February 2004. As a result, plants in Indiana and Ohio had to be shut down, and production was consolidated at the Van Wert plant.  The company filed for Chapter 11 bankruptcy protection.  JVA Partners, a private investment firm, bought the company in 2007 and helped to get it back onto its feet. Down to 95 employees from a high of 200, in 2016 JVC sold Kennedy to Cornwell Quality Tools of Modadore, Ohio.  In an article in the Van Wert Independent, the president of Kennedy is quoted as saying:

“I think the best thing about the acquisition itself is that the acquirer is cut from the same cloth as Kennedy. Culturally, we very much value the same things: we value American workers, we value high quality products, and those things are certainly what’s going to help the company, the combined entity, grow that much faster.”