I haven't turned up many Blue Point (or "Blue Points" as in the example above) wrenches or tools in my travels.  The images here represent the lot. 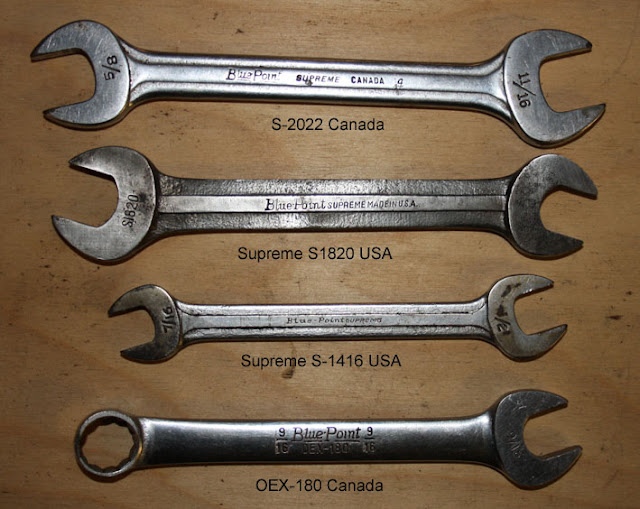 Most of mine are marked "Supreme", a name that was introduced in 1935.  They featured a high-carbon alloy steel that permitted a thinner design without the sacrifice of strength.  By 1937, the wrenches had a raised rib in the centre.

Below, Whitworth box end wrenches are rare enough, but made by Blue Point?  Score! 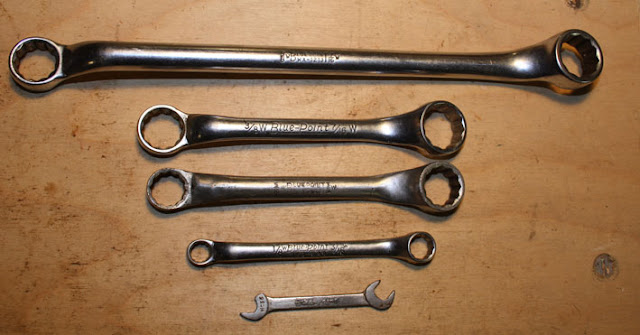 Below, a pair of pliers made by the firm.  Someone has brazed side pieces over the indentation at the front of the jaws that would have been used to grip spring-type hose clamps. 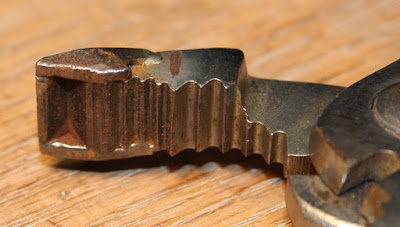 Blue Point or Blue Points was a name introduced by Snap On in the early 1920's.  As the story goes, the tools had a distinctive blued finish from which they took their name.  Sounds fishy to me.  The wrenches usually say Chicago, but there was a Blue Point Tool Company that made Boxockets and other speciality tools in Racine, Wisconsin.  For more confusion, go to the Tool Archives.
Posted by The Duke at 1:37 PM